Design and Construction of Small Earth Dams by K.D. Nelson.

Design and Construction of Small Earth Dams by K.D. Nelson.  Paperback book published by Inkata Press 1985, 116 pages with some black and white maps, illustrations and photographs. 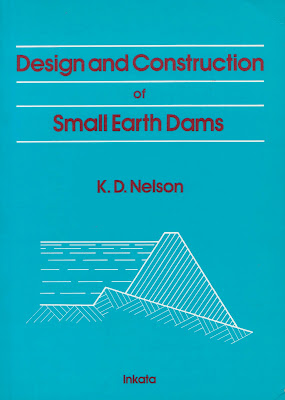 Last summer was a hot one.  Apparently numerous temperature records were broken here in Australia and I think I can speak for most (but not all) Australians when I write, that it wasn’t very nice.  When I moved away from the big smoke of Melbourne to rural Victoria 3 years ago we were in the middle of a long long drought.  Then we had floods and lets just say that things were quite moist here until this summer.  It looks like these searing soaring weather patterns are going to be causing further water issues until we solve the on going problems of global warming!!!  Large cracks in the soil are now common and as one local agriculturalist put it to me, are big enough to put your hand in.  … and the green green grass of home, well there aint much of that around here.

So this means that with temperatures on the rise and lower rainfall, there is once again likely to be an issue with water supply (translation: we’re heading towards drought).  Water tanks?  They are prohibitive in regards to cost.  Obviously the answer is build your own dam and just hope that it rains enough at some stage to fill it.

Now, I know someone who is the proud owner of a larger empty hole in the ground which in past years was a dam full, or reasonably full, of water.  Recently he casually mentioned that he might either extend or deepen his hole as water supply is reasonably important to his small scale farming ambitions.  A week later and what do you know, I find a book about The Design and Construction of Small Earth Dams.  To be honest if I hadn’t of spoken to my empty hole owning friend, I would have picked the book up regardless.  This is one of those subjects that is of interest, maybe not to all of us, but to those where water is an issue (… all of us?). 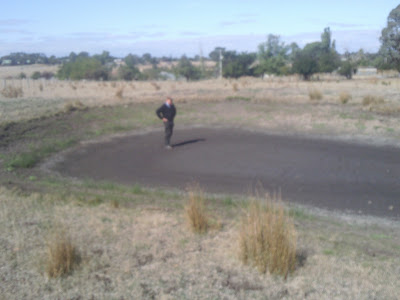 Proud owner of large empty hole in the ground. 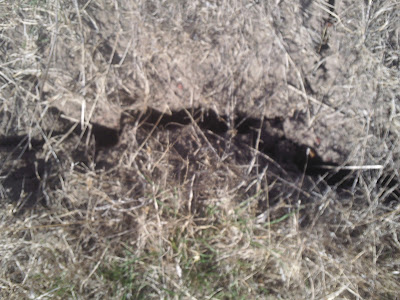