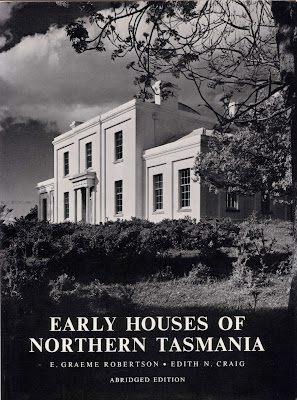 The sale of all sets of the original two volume, limited edition of EARLY HOUSES OF NORTHERN TASMANIA within three months of publication in 1964 clearly indicated a far wider interest in the subject than had been anticipated. The present abridgement in one volume has been prepared in response to many requests from those who were unable to acquire the limited edition. This richly illustrated work provides a pageant in word and picture of the houses built and occupied by the early settlers of Northern Tasmania. Today many of these beautiful old houses are occupied by descendants of the original settlers to whom their preservation is a duty handed down by those who have gone before. Others have come into the possession of new owners, who bestow equally loving care on their preservation. Franklin House, Clarendon and The Grange arc owned by the National Trust, whose excellent work earns for its members the gratitude of all who feel conscious of the need for protecting such properties from the vandal and the “developer”. More than 130 houses are illustrated and described in some detail, some being represented by a number of superb plates, and many more receiving brief mention in the narrative. The text contains brief accounts of the original owners, their arrival in the colony, their grants or purchases of land; and accounts from early travellers of their visits to some of the houses, as well as the names of present owners. The book contains 269 plates and eight itinerary maps—frontispieces to the eight chapters which deal in detail with each house as it is met with during the authors’ travels. The endpapers reproduce an early map of Tasmania. This abridged edition includes all buildings appearing in the original edition and three dwellings and two churches, which did not previously appear, have been added. Additional photographs of some houses, previously illustrated, have also been included where recent restoration or repainting has enhanced the aesthetic quality of the building.

Tasmania. It's not really that far from here, but far enough and over water enough for me to not have visited it. It's not that I have anything against the Apple Isle, it's just one of those places that whilst on the list, never seems to make it to the top of the list. I really must do something about this.

Despite not having ventured there, I am aware of the book buying publics appreciation for all (or most) books Tassie. Yep, a good Tassie book is as good a thing as you can get. I've got a few theories about why this is with the main theory being that people of Tasmania really do love Tasmania, more so than say those people who just live somewhere and like it. The people of Tasmania REALLY like it. Whenever i've flicked through any books about our southern most state, I start to dream a little about how nice it would be to live somewhere as nice as that*. I'm sure the reality is not all beautiful scenery and historic sites and there is no doubt a dark underside to Tasmanian living as much as there is elsewhere here in Australia... but possibly less than somewhere like Syria.

This book is not a first edition as the publishers blurb above indicates, yet it is still worth more than a few $$$... a bit like some of the houses in the book... but maybe not quite as much. I recently sold a book about Tasmania's National Trust properties which is possibly another way of getting a glimpse at historical Tasmanian architecture. I didn't have a thorough look at the National Trust book but I get the feeling that this one whilst not covering all of Tassie, it is a little broader in scope and is heading towards the bees knees of books looking at the Early Houses of Northern Tasmania.

*... and then realise I live somewhere just as nice.
Posted by robin at 9:28 PM No comments:

The Legacy of Eureka: Past, Present and Future, essays compiled and edited by Anne Beggs Sunter and Kevin T. Livingston. 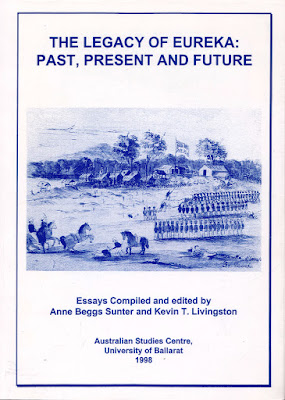 These essays are drawn from a conference called The Legacy of Eureka. Part of the Eureka 140th Anniversary celebrations, it was organised by the University of Ballarat in association with Sovereign Hill, the Australian Catholic University, the Ballarat Fine Art Gallery and the City of Ballarat. Contributors include Geoffrey Blainey, Weston Bate, John Molony, Barry Jones, A.O., Peter Hiscock, Shirley Swain and Cheryl Saunders. The aim of the conference was to explore the significance of the events which occurred at and around the Eureka Stockade on 3 December 1854. The contributors examine the meaning of Eureka in the past, looking at ways in which the events have been memorialised and celebrated, at the local level as well as nationally. They also reflect on the meaning of Eureka in the present and in the future, examining its role in tourism and its contribution to current political and constitutional debates.

I wonder if any of the disgruntled 1854 gold diggers of Ballarat ever seriously considered that their legacy would still be discussed/debated/worshipped all these years later. Somehow I don't think legacy was on most of their minds at the time with most of the stockaders being more concerned with dodging gunfire (etc) and surviving than having a pub named after them.

The Eureka stockade is a big deal here in Victoria and also across Australia, and an even bigger deal in Ballarat which is only 25 minutes as the car drives from where I now sit. It's one of those events that is a true milestone in our short Australian European history. Anyone reading this that doesn't have a connection to Australia is probably wondering what the hell Eureka was (click here if this is you) which is why i'm of the firm belief that when this book does sell it will be within Australia as I can't really imagine someone sitting in Sweden (or anywhere else) thinking “Oh yeah. I would be really interested in reading about the Eureka rebellion.”
Posted by robin at 12:45 AM No comments:

The Polaroid Book: Selection from the Polaroid Collections of Photography, edited by Steve Crist, essay by Barbara Hitchcock.

The Polaroid Book: Selection from the Polaroid Collections of Photography, edited by Steve Crist, essay by Barbara Hitchcock. Hardcover book published by Taschen 2011, 351 pages with colour and black and white photographs throughout. 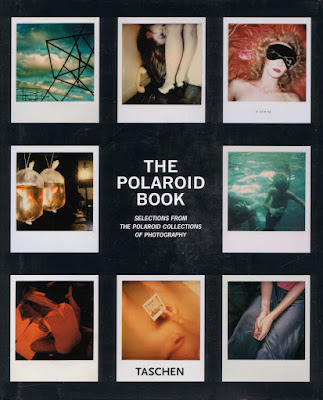 In existence for over 50 years, the Polaroid Corporation’s photography collection is the greatest collection of Polaroid images in the world. Begun by Polaroid founder Edwin Land and photographer Ansel Adams, the collection now includes images by hundreds of photographers throughout the world and contains important pieces by artists such as David Hockney, Helmut Newton, Jeanloup Sieff, and Robert Rauschenberg. The Polaroid Book, a survey of this remarkable collection, pays tribute to a medium that defies the digital age and remains a favorite among artists for its quirky look and instantly gratifying, one-of-a-kind images.

Those people at Taschen sure know how to slap an interesting book together... or is it the people who have convinced Taschen to publish this book that know how to put a book of interest together? Either way, Taschen have published it and I think it's a job well done. I didn't realise that the Polaroid Corporation even had a collection, which is I guess why this book exists.

I've never owned a Polaroid. My mother had one back in the 70s and I remember it was a great novelty at the time and there are a bunch of Polaroid photos from a family Christmas gathering. After that I don't remember her using it all that often and then after a few years she didn't use it at all. Whatever happened to that camera and the photos? Fortunately for anyone having a peak at this book, my 1970s family Christmas photos didn't make the selection, unlike Andy Warhol who is in the book but a long way away from Christmas.

Photography and art fans, will love this book. I love this book. There's something about the instant photograph, which is slower than my phone, that is quite appealing. I think it has to do with an understanding that there was (is?) an immediacy about these pictures. It was something you snapped and then looked at a few minutes later without the benefit of photoshop to enhance and without an option to do copies*. These were one-of-a-kind pictures not designed to be shared around... unless of course they ended up in this book.