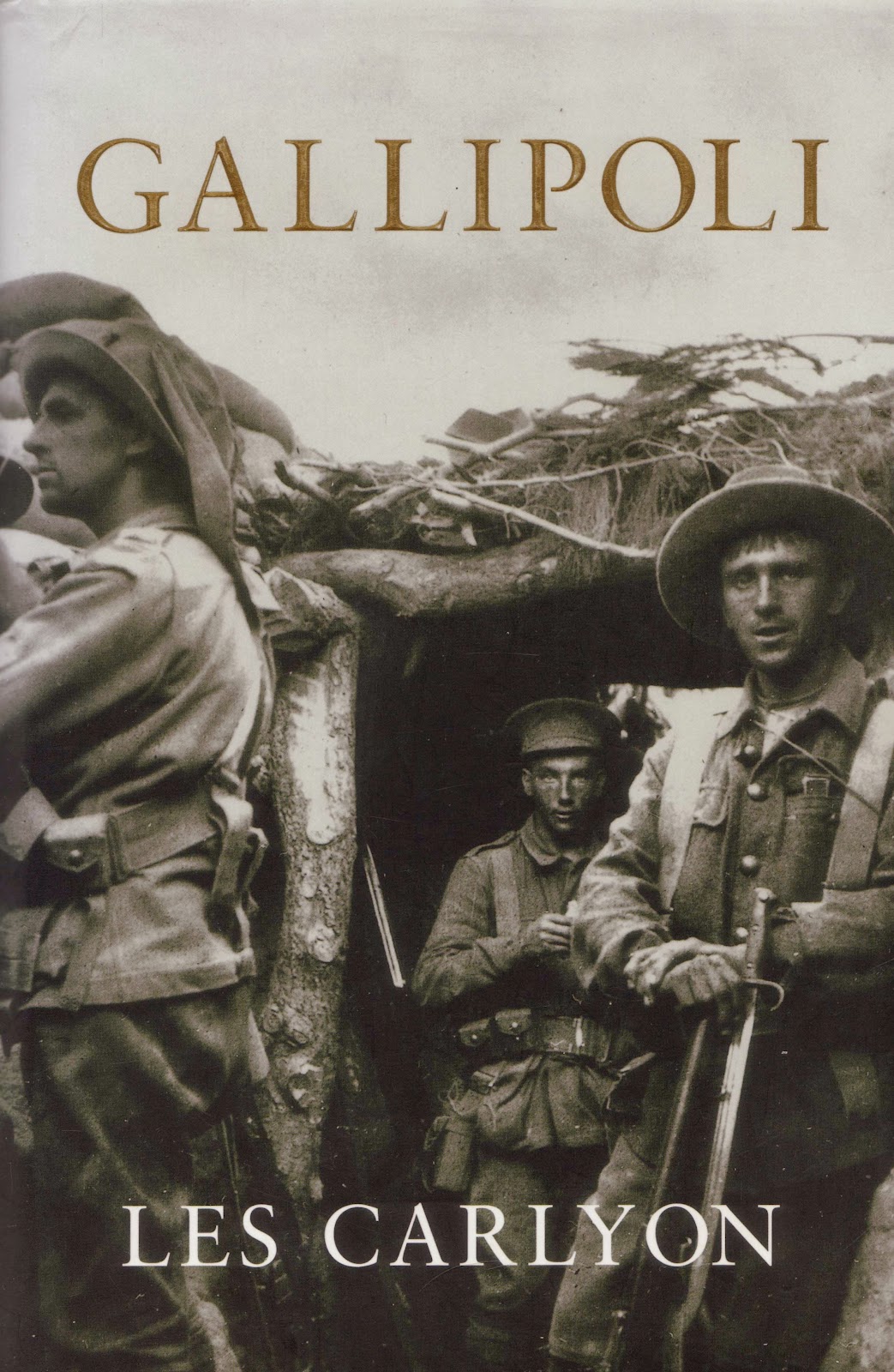 “Les Carlyon’s Gallipoli brings an epic tragedy to life. It takes the reader into the trenches to witness the fear courage and humour of the men who fought there, vividly describing the soldiers’ experiences whether Australian, New Zealand, British, French or Turkish. Gallipoli also closely examines those who led them, the generals and politicians — some brilliant, some ruthless, some hopelessly incompetent — who held the lives of tens of thousands of young men in their hands. From the grand military and political strategies to the squalor of the front line, this is a haunting insight into the realities of war. The struggle for the Gallipoli Peninsula was dominated by the terrain as much as by men and steel, and Carlyon makes the battlefields come alive, walking through them and capturing the landscape in a way no other writer has managed. Using a masterly blend of storytelling and scholarship, and an intimate knowledge of the ground itself, Les Carlyon has produced the most definitive account of the campaign yet written, and a superbly readable story of one of the defining moments in our history.”

In the next few days Australian history will hit another milestone, that milestone being the 100th anniversary of Australia's disastrous efforts at Gallipoli during the first world war. If you're not in Australia then you mightn't be aware of the patriotic fervour that is encompassing our lives here at the moment. It's a long way from the beaches of Turkey in 1915 to the beaches of Australia, but that hasn't stopped everyone/most people, from joining together to reflect upon this now distant but not forgotten event. Paul Keating and others, have commented that Gallipoli is drastically overrated within Australia's history. I'm not going to take sides on this one, but will say that even if this is case, it is still a milestone and something to reflect upon.

Here in Clunes we commemorate Anzac day with a march of our returned soldiers and a ceremony at our war memorial in the centre of town. Due to the anniversary of Gallipoli, the powers that be have decided that this year there will also be a dawn service and upon reflection I have decided that I will be there for this early morning commemoration, my first ever dawn service. My father fought in the second world war and Anzac day is a time that I reflect upon the horrors that whilst never spoken about, were something that I know he lived through. I should also say that my father being German, he was in the German army. I was talking to someone earlier today and they pointed out that war is always started by old men sitting comfortably a long way away from the death and destruction. Over the years I have come to realise that it doesn't matter which side you're on, it's always the young men and those innocents unlucky enough to get in their way, who suffer the most. For me, Anzac day is about everyone who suffers in war. Others can worship the heroes, i'll stick with the rest.

A Slow Walk Across Spain: Walking the Camino de Santiago by Karen Manwaring.

A Slow Walk Across Spain: Walking the Camino de Santiago by Karen Manwaring. Paperback book published by Watermelon Press 2010, 152 pages with monotone photographs as well as some colour photographs, also has a large fold out colour map at the back endpaper. 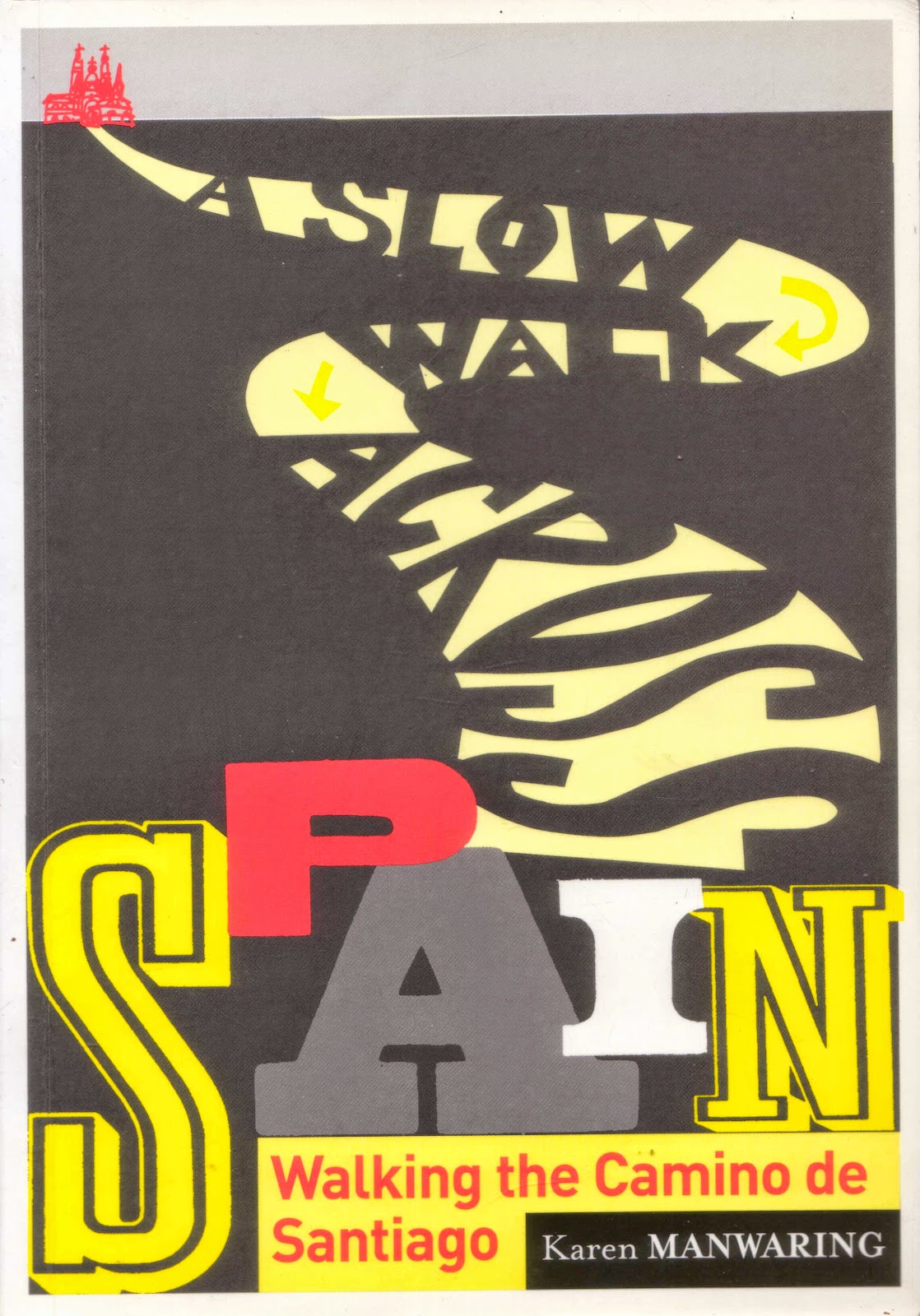 “This is the book we wish we’d had when we were planning to walk our first Camino.”

The Camino de Santiago are a group of pilgrimage routes across Spain*, ending at the apostle St. James the Great in the Cathedral of Santiago de Compostela in Galicia. It can take anywhere between a few weeks and a number of months, depending on your level of fitness, dedication, or how long you can trick your boss into believing you have the flu and really can't make it in to work. “Pilgrimage” and “St. James the Great” imply a religious overtone to this walk, but from my sparse and recent knowledge of the walk (ie. finding this book and looking up Camino de Santiago on the interwebs), this doesn't necessarily have to be the reason for walking the Camino. This is good news for people like myself who don't revel in “Pilgrimage” or “St. James the Great” but do sort of like the idea of a lengthy stroll across Spain... eating some of the local delicacies... and drinking some of the local vino.

I don't know anyone who has walked the Camino. I haven't walked it... but I do like the idea.

This book is currently (April 2015) out of print , which is a great thing for a secondhand bookseller with a copy in hand. If you're going to go all that way you want a guide book and here is a fairly recent edition... actually, it's the only edition... but there is a new edition coming out later this year, which is not very handy if you're intending on going soonish... sooooo.....


* Most commonly the Camino Francés
Posted by robin at 12:52 AM No comments:

The First 100 Years: VSSAAA – VPSSA: The story of the Primary Schools' Sports Association in Victoria from 1904 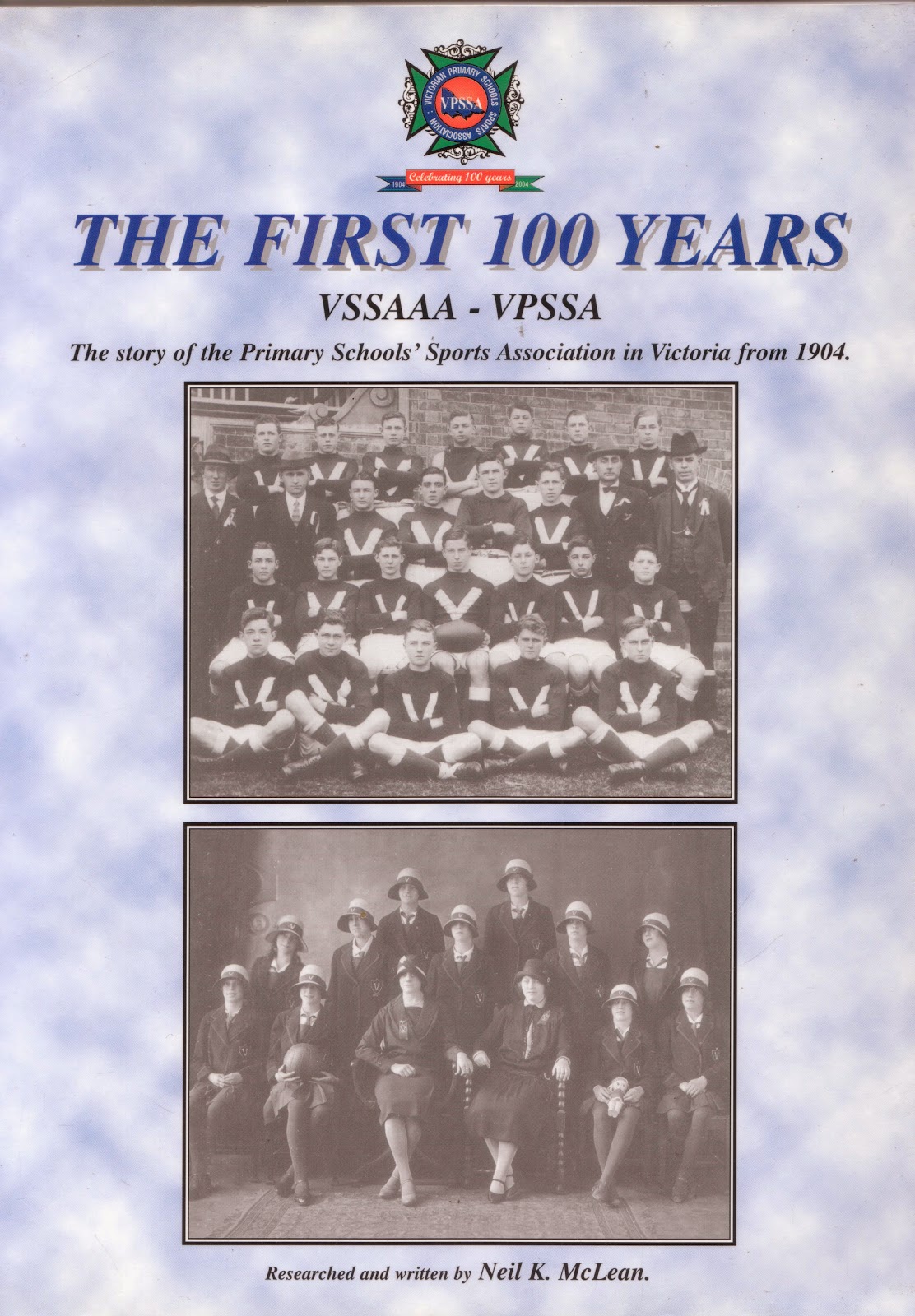 “One hundred years is more than a lifetime for most people. In school sport it is a gigantic span, a period involving huge change in the nature and scope of our sporting competition. The Victorian Primary Schools Sports Association has been providing sporting opportunities for primary school aged children for the past 100 years. The first school sport committee was formed in 1904. It was agreed to arrange a school competition in football in 1904 with the participating schools being Brunswick PS, Hawthorn West PS, Fairfield PS, Faraday St. Carlton and Albert Park PS. Before long, school sport included competitions in swimming, cricket, football, rounders and a gala sports’ day. From humble beginnings, the VPSSA has developed to the stage where it now provides opportunities for children at more than 1800 affiliated government, independent and catholic schools enabling children to participate in 16 different sports.”

Not really one of my bookselling strengths... which is probably due to my complete lack of any interest beyond what the latest doping scandal is all about. This lack of interest probably developed during my pre school years and was something that I nurtured during Primary School and then developed into a full blown complete distaste during my years at high school. Some of you might understand my unAustralian distaste, when I write that there were too many books to read so why would I waste time kicking a ball around... particularly when I wasn't very good at it and with all my youthful comrades making sure that I knew it. No, running around the oval wasn't for me and inter school sports were something that this book worm avoided as much as possible.

… and here is a book about the association that tortured me with endless attempts at trying to get me sweaty during my schooling years. Needless to say, I don't get a mention as the book is about achievements. It's quite an impressive publication which is of a fairly specialised interest and probably only really of interest to a select few. From what I can gather the book is rare which is probably due to a wisely considered small single print run. This book was never going to be on the best seller list, but is probably on someones favourite list... somewhere... and hopefully on someone's wants list somewhere.
Posted by robin at 11:50 PM No comments: