Where the Wild Things Are by Maurice Sendak.

Where the Wild Things Are by Maurice Sendak. Hardcover book in large gift box with soft toy published by Bodley Head 2001, unpaginated with colour illustrations. 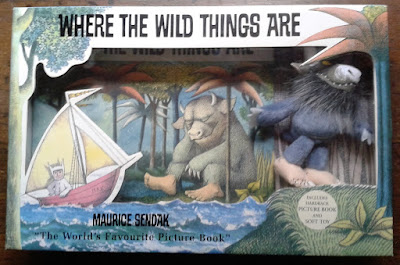 Have you ever wondered where the wild things are? Wonder no more, I have found one and it's here... just the one though... which in the greater scheme of things is probably not that bad an effort, particularly considering that I wasn't looking for anything wild.

The “Wild Thing” i'm referring to, is a small soft toy, that has been packaged up with a hardcover copy of Maurice Sendak's classic tale and placed in a themed gift box. The book is a standard version of the book, but it is a hardcover. The soft toy is modeled on one of the wild things (and it is soft), which Sendak chose not to name... although Spike Jonze, the director of the rather disappointing* screen adaption of the book, did give some of them names. The box... is a box, with some of the original book artwork printed on it and a clear window through to the book and toy. Altogether, it's enough of an eye catcher for this bookseller to take notice.

This is the first time i've seen one of these and looking around on the interwebs, it doesn't seem that any have survived. I mentioned the box to a fellow bookseller the other day and they were as oblivious and excited as I was to its existence. It was obviously meant as a gift pack, to be gifted and then unpacked and more than likely read, hugged (the toy... maybe the book as well) and the box discarded. Which is where this box thing becomes interesting... that is, as much as a box can be interesting. As far as I can see, there seems to be none available on the interwebs at this point in time, making this a very rare piece of Where the Wild Things Are mechandise. It's rare. The book is not rare and the soft toy... is a soft toy. 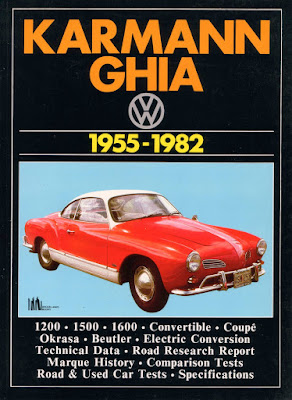 I was about 16 when I first encountered the Karmann Ghia. My friend Kathy had an aunt (Mary) who owned one of these gems and as you do when you're a teenager, we would often get lifts to wherever it was that we were going. I'm not sure why I fell for it, maybe it was the uncomfortableness of the tiny hard back seat that appealed (… she wasn't my aunt, so I rode in the back) or maybe it was the cool sleak curves of what was a rather unusual car for suburban Melbourne in the 1970s. A number of years later I was casually chatting to my boss about cars which was a very unusual thing for me as i'm not really a car talking sort of guy, and he asked what my dream car was. I didn't even hesitate in saying a Karmann Ghia as that was truly the first car that came into my mind. Despite his encouragement at the time, I didn't rush out and buy one. Many years later a chance to own another classic VW arrived and I took it... and lovingly drove a 1967 Beetle up until I moved away from Melbourne. I miss the Beetle and I miss the Karmann Ghia that never was. 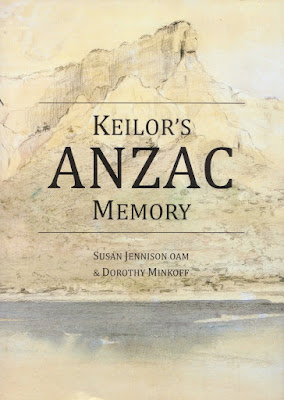 Here we are a week and a bit after Anzac day and i'm writing about the Anzacs of Keilor*. Possibly now is not the time to be doing this as, as blunt as this may seem, the Anzac day** commemorations are now over and people's minds are now focused on other more pressing matters... like the upcoming Australian and US elections and the big question about Donald Trumps hair... and less on purchasing a book about Keilor's Anzac memory. Still, this is the book that caught my attention whilst I was considering which book of interest to write about, mainly because it's such a specific sub subject within a much larger and popular subject. ...Not that Keilor isn't popular, i'm sure anyone who is a fan of Keilor will agree that any book on the Anzacs is more likely to out sell a book about Keilor (…sorry to be so blunt).

Not since I stumbled upon a book about Bendigo's Rats of Tobruk have I encountered such a specific military history tying a very specific place in Australia to somewhere half a world away. I like the idea, as it brings a very local angle to what is normally a rather broad base subject/interest, in this case Australia vs Keilor. There is the question as to who is going to find this book of interest. Keilor residents? Descendants of Keilor residents? I've got a feeling that anyone that might be interested might take a while before they go looking for this book, maybe even nearly a year from now, maybe around Anzac day. It's here... waiting.

* A suburb of Melbourne, Victoria. 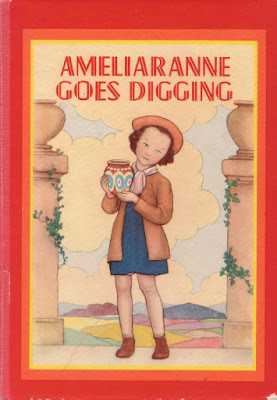 “Susan Beatrice Pearse (1878 – 1980) was a British illustrator of children's books best known for the Ameliaranne series of books.”

I found this book in not the best of conditions. Besides the cover having some wear around the edges, there is very noticeable creasing in the book. It looks like the book has been jammed on a shelf with something behind it and something had to give, which in this case was the crispness of the pages. I'm a bit fussy about this sort of damage in the books I sell and generally upon realising what is going on, I put these books back on the shelf, declining the purchase thereof. 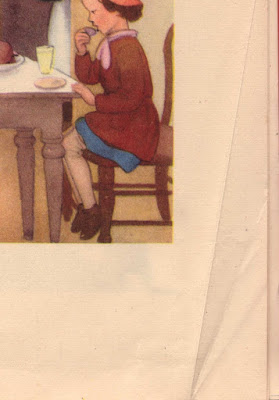 Ameliaranne was different. Firstly it's not a title that I have not previously come across in my searches (even though the book is not that rare), which is something that always sparks my interest. And then I saw the illustrations and was immediately sucked into the charming pastelly softness of Susan B. Pearse's illustrations. This woman knew how to do a nice picture and even after 68 years since it's publication, a bookseller like me can be impressed. 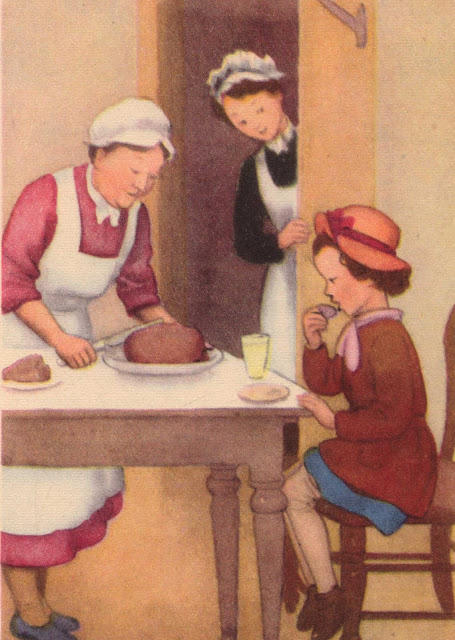 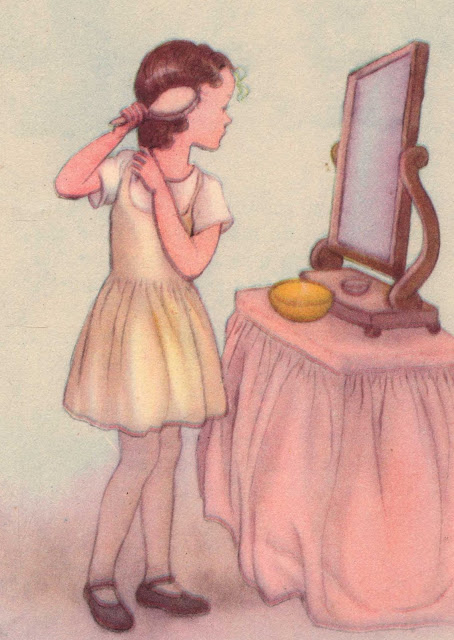