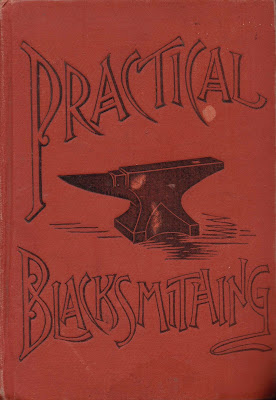 Maybe it’s my imagination, or maybe it’s where I live… but it is probably my imagination… there seems to be an increase in inquiries and interest in books about Blacksmithing over the last 12 months or so.  Even one of my neighbours has a small forge and actively practices the art of the hammer and anvil and has probably bought a book or two on the craft.  So when I see any books on this ever increasingly popular subject, I snap them up, particularly in this instance.  A book that is more than 100 years old, well you can’t get more authentic than something written and published at a time when blacksmithing was much more than a hobby or handicraft.  Once again it’s just a single volume of a more than single volume set… but realistically, who cares, it still contains vintage information on the subject.

Unfortunately this particular copy has considerable wear, but I’m not that worried.  To be honest I’d be more worried if I found a pristine copy that was obviously never of any use to anyone.  This book appears to have been referenced repeatedly which is evidenced by creasing and wear to the binding and spine.  There’s even this mouldy bit on the back cover which I believe is further evidence that this book probably lived in a damp cold (sometimes red hot) workshop ready for quick referencing as apposed to a shelf in a warm library. 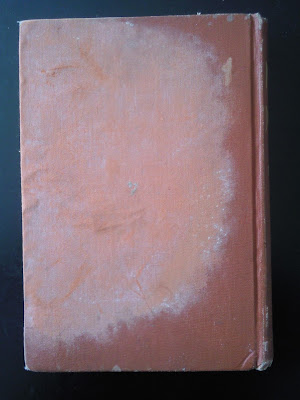 I’ve already listed this book on ebay along with a more contemporary blacksmithing book and both have been promptly bid on.  Which goes to show you that it's not just my neighbour who has an interest in hitting bits of hot metal.
Posted by robin at 1:17 AM