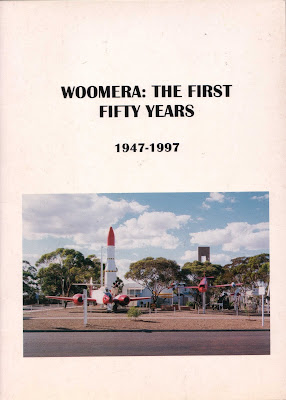 “An oasis in the desert, a truly unique and friendly town situated on Commonwealth land located in the far north of South Australia, that’s Woomera. It’s a place that often leaves an indelible mark on your soul and for other “Woomerites”, some unforgettable life experiences.”


“Woomera Village was originally established as a restricted access Defence Establishment in 1947, and for the same reason it exists today - to support activities on the Range. During the Range's rocket-testing heyday, the entire complex was administered by the Long Range Weapons Establishment (LRWE) under the terms of the 'Anglo-Australian Joint Project'.” Wikipedia.

Yep, it’s a “friendly town”… where they once tested rockets, some of which were intended as weapons of mass destruction(?).  But let’s not dwell on the evil and let’s look at the good of Woomera.  It has been used in association with the space program… not our (Australian) space program, someone elses… on a number of occasions.  Today you can go and visit the empty sites where the American’s had large complexes of infrastructure (it was their space program) which was all dismantled and returned to the US when they had finished with it… except for the bowling alley.  There’s also an Immigration Detention Centre that is no longer an Immigration Detention Centre, as it was a little controversial to send people to the middle of nowhere next to a weapons testing range and in Australia the middle of nowhere really is the middle of nowhere.  The complex was handed back to the Defence Department…the Australian Defence Department, not the US… as they would probably have shipped it back home.

I would love to go to Woomera.  Not just to see the no longer existent sights, but to see those sights that are still there including the park on the cover of this book, as well as the Woomera Heritage Centre which features a display on Len Beadell and I would visit the other interesting things like the museum and the other stuff.  Unfortunately I don’t think it’s possible to see this: 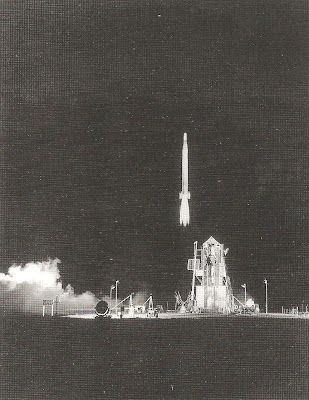 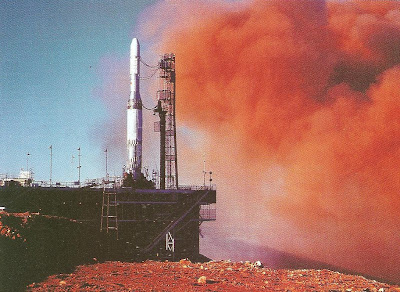 Having been to the outback a few rather brief times and many years ago, the idea of revisiting the large amount of nothingness and then finding a rocket range (with bowling alley) in the middle of it, is rather appealing.  It’s not just the rockets, it’s all of the nothing that I would like to visit.  Woomera could be just the launching place for my nothing experience.
Posted by robin at 2:55 AM