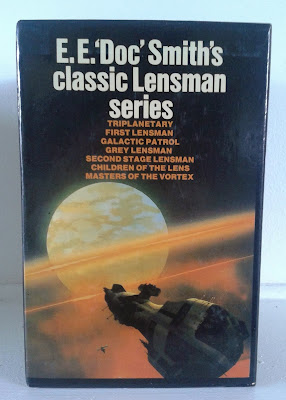 In my younger years I was a keen reader of Science Fiction.  Yes I was a geeky, pimply teenager, obsessed with the wonderful worlds of other worlds.  Unfortunately there was no access to the interwebs (which is another world) at that stage in the history of Springvale North (but we did have television) and the computer that we had at school was out of bounds to us mere mortal students.  So we could only dream of other worlds… that is until we discovered Science Fiction.  I became so obsessed with it that my parents and teachers became concerned that all I was reading was rubbish of no literary merit (true).  I remember discovering the Lensman books and reading the first three to then find that my school library didn’t have the other four.  I was horrified.  Fortunately we had a public library bus that was able to order in the remaining volumes for me.

The Lensman books were originally written between the 1930s and the 1960s, yet you wouldn’t have guessed this by looking at the covers of the books that I read… which were the same covers as are in this set. 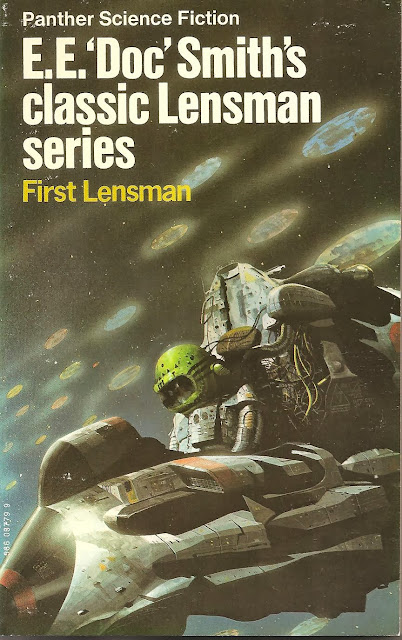 I won’t write about the stories originally appearing in serial form in various magazines over many years (...even though i just did), but I will mention that these books did get voted as the second best Science Fiction series of all time*.  Foundation series got the top gong.  I would have voted for the Lensman as it truly is a fantastic, epic saga and Foundation I found to be a little cold and sterile.  I can’t believe I’m writing this.  I read these books 35 years ago and I still have a preference for the Lensman over others. They certainly left a strong impression in my mind… even if I can’t remember all the details.  I’ve mentioned Doc Smith to a number of friends who share my nostalgia for vintage Science Fiction and found out that they had also read and enjoyed the Lensman books.  Keeping this in mind, I didn’t hesitate in picking this set up as I figure if I have nostalgia and my friends have nostalgia, then surely there will be others out there who also want to relive the joys of this Space Opera in all it’s 7 volume box set glory. 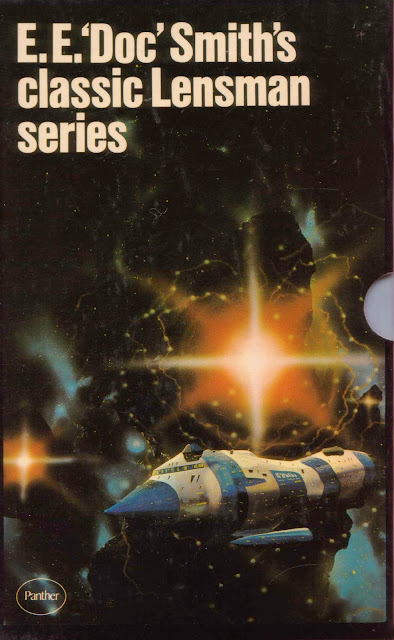 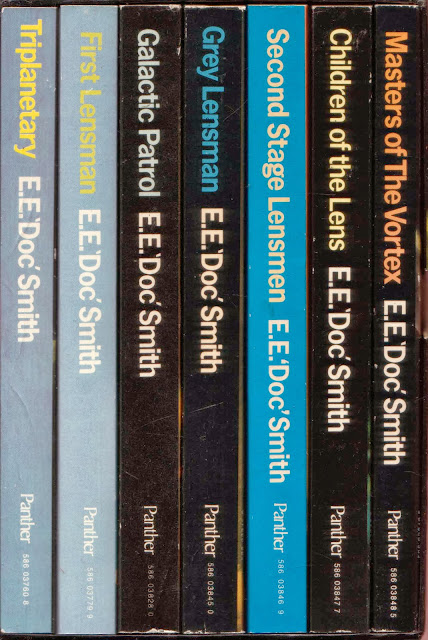