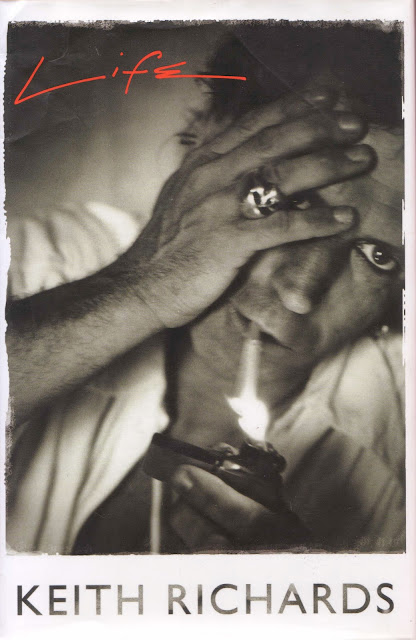 Keith Richards isn’t a god.  He’s just a guy.  He plays a bit of guitar, has written some great ditties, has taken some drugs, hangs out with the Rolling Stones (cool… well… up to a point) and is a bit of a legend.  But a god he isn’t.
I wrote a while ago about the rock ‘n’ roll biography in reference to the Grateful Dead.  These sort of books are always a hard sell and from memory the Grateful Dead were definitely a hard sell.  Some of these people aren’t really that interesting or are of interest to only a small number of nostalgic oldies… or to the current wave of teenage fans that would probably now download any book they wanted for free as apposed to buying a hard copy from Huc & Gabet.  Some books though, really are “of interest”.  We all know enough about Keef to know that he was a bit of a wild boy in his youth… ok, maybe for a bit longer than just his youth, which is probably why this book received so much attention at the time it was published.  The back cover photo has Keith’s scrawl over it and reads, “This is the life. Believe it or not, I haven’t forgotten any of it.”  I know a few people who have read Keith’s “tell all” and they have all enthused quite enthusiastically about it.  At this point in time I haven’t read it… but you never know. 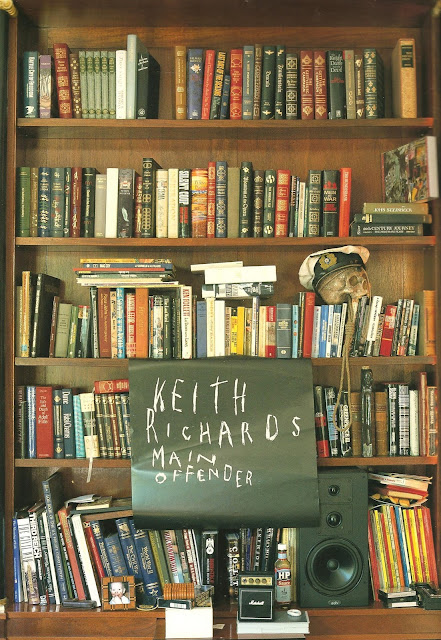 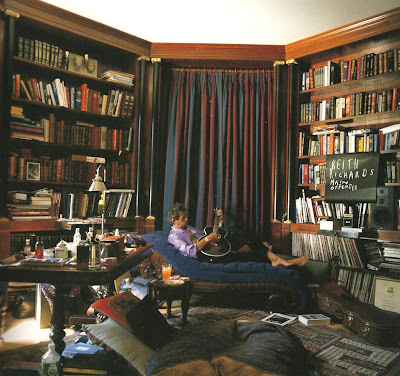 These photographs of Keith Richards library are from a book entitled “At Home with Books: How booklovers live with and care for their libraries”.  Keith was obviously promoting his solo album at the time, but despite the obvious promotion it does give us an idea of his taste in books and how he lives with books.  I don’t want to go through and analyse what Keith Richards reads and doesn’t read, but I do want to mention the bottle of HP Sauce sitting on the shelf.
Keith, you gotta know that HP + Books is not a good thing… and ummm… thanks for the tunes.
Posted by robin at 12:54 PM