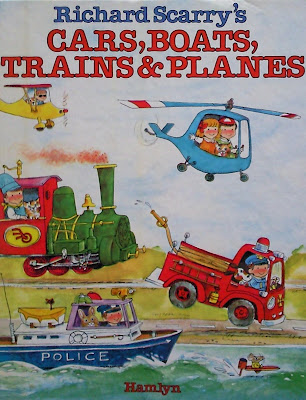 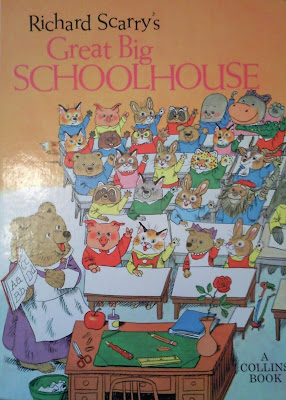 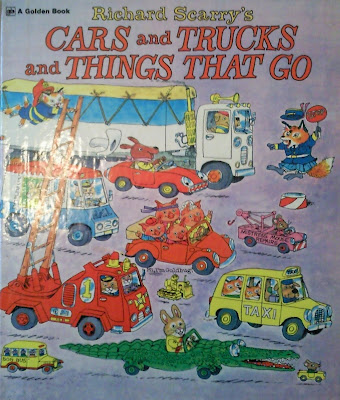 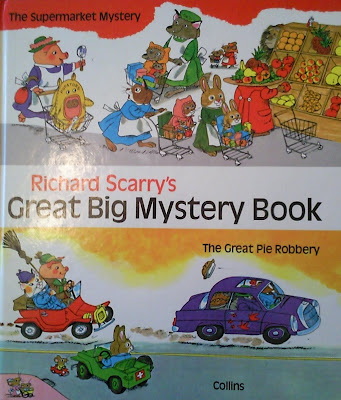 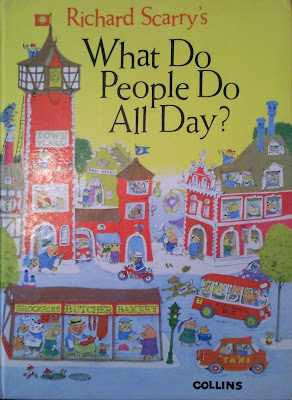 Question: “What Do People Do All Day?”
Answer: Here at Huc & Gabet we look for Richard Scarry books.
(Apparently Scarry is pronounced like Marry not like Dairy… I’ve been mispronouncing his name incorrectly for the last 43 years… I promise this will now change.)
Nostalgia is the main reason for searching out these fantastic books… and to find and list (ebay) 5 large format hardcover Scarry’s at the same time is very exciting (found in 4 different locations in 1 week).  I enjoy selling books that I think are quality, which is what I believe these are.  I feel a bit Nostalgic when I look through them and I fondly remember being fascinated by the busyness and the overall mayhem… from memory, the stories were secondary to the illustrations… at least, they were to me.  I believe I’m not alone in my nostalgia and appreciation.
These are all folio sized editions.  I think some of them were published in smaller abridged editions (don’t quote me on that…) but these are all in the more desirable format.  Due to the size and nature of these books (loved childrens books), they are often in very worn condition.  The copies I remember reading (perusing) were in my primary school library and they were very popular.  And even back then when they were relatively young, they were worn.  These copies haven’t escaped the love, but they’re not bad.  Indeed I have rated them all as good with some wear.
Just over 12 months ago I sold a copy of Richard Scarry’s Busy Busy World to someone in Turkey… (I post everywhere), proving that Richard was and is popular the world over.  Since that time I have been searching for more titles by Mr Scarry, which makes sense if you think about it… if I sold one, I can probably sell more.  So in the last 12 months of eager searching, I have only found a few Scarry titles and these have been over loved… which means they don’t fit the Huc & Gabet condition criteria.  Now that I’ve found these five I don’t intend on slowing my searching,  I will continue to be Busy, Busy, Busy looking for more.
Posted by robin at 2:30 PM