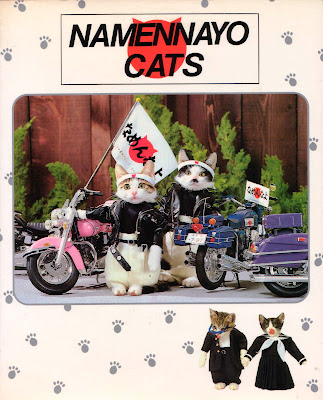 I’ve tackled all the hard hitting issues here at Huc & Gabet blogspot (?)… and possibly looked a little too much at crazy cat books, but sometimes it’s important to write about things that people NEED to know about and Namennayo Cats is another crazy cat book that the whole world NEEDs to know about. 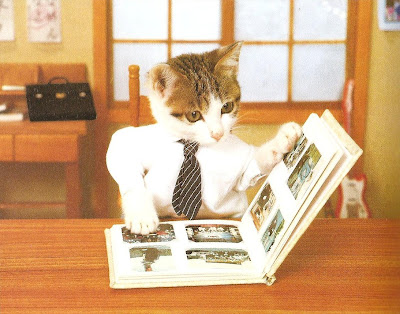 The phenomenon known as Namennayo Cats is truly a dirt to kitty litter story.  Satoru Tsuda found a stray kitten and despite a dislike of cats, took it home.  Over time he became fond of the kitten.  He claims the kitten was playing with some dolls clothes when he had the brilliant idea of dressing it in some of the clothes and taking some photographs and some more photographs and then a few more, until finally he had built an extensive portfolio and empire based around these primped and primed kitten images. 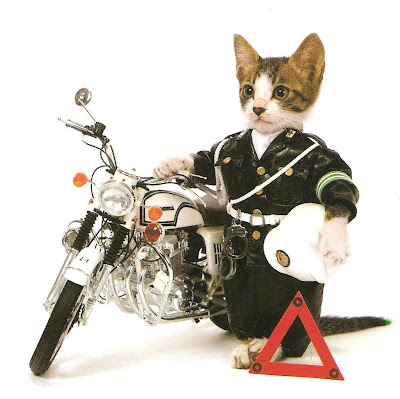 So practically overnight Namennayo Cats became megastars in Japan.  This book is an Australian edition and has English translations of all the captions, proving that Cat Photo humour is universal.  Over the years I’ve heard a number of book dealers talk about Namennayo Cats with great fondness and not just regarding it’s value.  People love this stuff… even hardened book dealers. 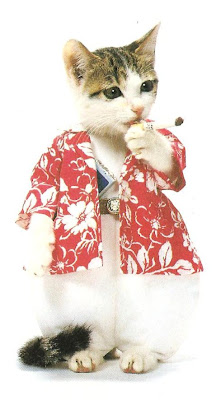 There were and still are concerns and issues about cruelty in regard to these cats and the photographs. Apparently Satoru was not totally oblivious to the “discomfort” he was inflicting, so he stuck to a few basic rules.  Cats were dressed only for a short period of time (10 minutes) with up to eight people working on each photo shoot, this included 2 to 3 people dressing the cats… apparently they didn’t like wearing the clothes.  All of this would take place only once in 3 days.  When the cats were 50 to 80 days old, they were retired.*  (My cynical mind tells me that maybe after 50 to 80 days they weren’t as cute as they had been which is probably why they were retired.) 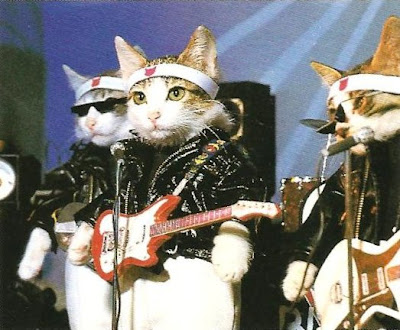 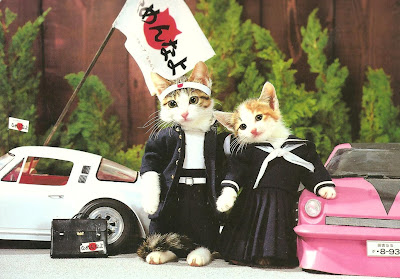 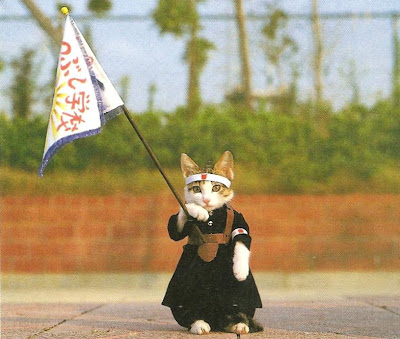 Anyway, Namennayo Cats were an 80s phenomenon and took the world by storm.  Today we have Stuff On My Cats etc etc but before people put stuff on cats or thought that Cats looked like Hitler, they dressed them up and took silly photos at a time when photoshop was beyond our wildest imagination.  Thankfully we now have photoshop and can feel a little better about out crazy cat photos… and so can the kittens.