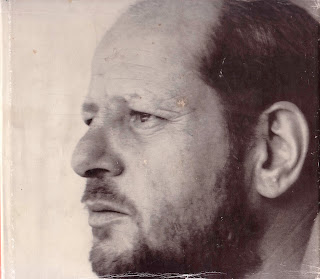 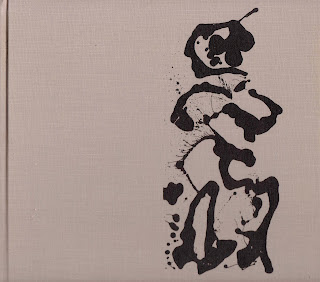 The front cover
Art books are tricky to sell on line… at least I find this to be the case.  Maybe it’s the books I select (they look good to me), but somehow I think it’s the broader subject matter.  Most people want to see and feel these books and then make an assessment of the overall quality of the object.  Dodgy reproduction of artwork is a little hard to see on a computer screen (a good argument against e-book readers) and if your spending money, well you want to see what it looks like… which I guess is the case with all books, but possibly more so with art books.  I do still persist in buying and trying to sell books on art, but I don’t always feel that confident.
Here in Australia we have a strange relationship with Jackson Pollock.  In 1973 the Australian Government (Labour with Gough Whitlam as Prime Minister) bought “Blue Poles: Number 11, 1952” for $1.3 million (Australian Dollars).  At the time this was the most anyone anywhere had every paid for a piece of modern art.  I am just old enough to remember the purchase and the kerfuffle it caused here in Australia.  It was considered highly inappropriate for our government to be buying a piece of art that very few people here understood… or liked.  Someone has even written a book on the issue (The Prime Minister's Christmas Card: Blue Poles and Cultural Politics in the Whitlam Era by Lindsay Barrett).  What the people in Australia didn’t realise at the time, was that this art work is considered one of Pollocks finest.  Indeed, it is now thought to be worth close to $180 million.  Probably due to the controversy this painting is one of the National Gallery of Australia’s most popular exhibits.  I’m not sure if the majority of people here understand it any better now than they did in the 1970s.
So Jackson Pollock has a bit of a profile here in Australia.  This book is an exhibition catalogue from 1967, New York.  It does contain some great photographs of Jackson as well as having some information about the man.  Unfortunately the book is from a time when colour reproductions were not considered either necessary, important or affordable.  There is one lovely fold out colour reproduction everything else is in glorious black and white.   I guess the colour is to show us what we are missing out on.  Still, i like this book and I think that it is unique and interesting enough to warrant an ebay attempt.
Posted by robin at 3:00 PM