Hellfire: The Story of Australia, Japan and the Prisoners of War by Cameron Forbes. One Fourteenth of an Elephant: A memoir of life and death on the Burma-Thailand Railway by Ian Denys Peek.

Hellfire: The Story of Australia, Japan and the Prisoners of War by Cameron Forbes.  Hardcover book published by Macmillan 2005, 559 pages with some black and white photographs and a few black and white illustrations.


One Fourteenth of an Elephant: A memoir of life and death on the Burma-Thailand Railway by Ian Denys Peek.  Hardcover book published by Doubleday 2004, 522 pages with a few black and white photographs and illustrations. 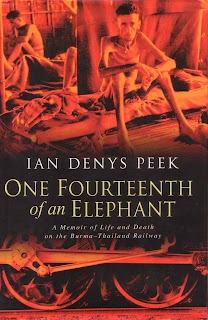 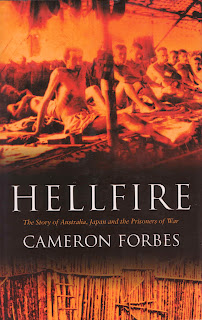 Military history is a massive and at times overwhelming subject.  One part of that subject is the Prisoner of War story.  I know of a number of people (myself included) where family members were locked up during war and it is one of those subjects where rarely is there a good story to tell.  It’s always grim and even with time and a desire to comprehend, it is difficult to comprehend what these people went through.  I did once meet an elderly German man who had wonderful stories about being a POW in the United States at the end of the Second World War.  He said that besides the excellent conditions, that it was unbelievable how much food he was given, particularly compared to what he had been living off in Germany towards the end of the war.  His story is one of the few exceptions that i know of.

Both of these books look at Prisoners of War held by the Japanese.  Here in Australia people were very bitter for many years about the treatment of their loved one’s.  Many of those that did survive said very little or avoided too much detail.  These books were written many years after the fact possibly due to some sort of healing process over time as well as a desire for everyone to know the truth.*  Primo Levi wrote, “I am constantly amazed by man's inhumanity to man” and I guess it’s this inhumanity and some people’s resilience and determination to survive, that is what these books are all about.

Anyway, what I wanted to write about today, was the not the subject matter but rather the actual books themselves.  I’m sure you’ll agree that there is a similarity between the designs of the dust jackets.  Even the spines and back of the dust jackets have a similar design.  The first thing I thought when I saw the second book was that it was the same as the first book which on closer inspection, it obviously isn’t.  So then I figured they must be companion volumes… which they are not.  They are similar in subject matter, size, weight, pagination and artwork, but they are not related to each other.  They have different authors and publishers and different cover designers.  If these books were songs, someone would sue… One thing I can say is that they do look great on the shelf together and despite not being a set… are a great set. 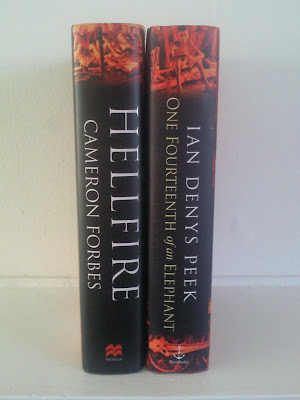 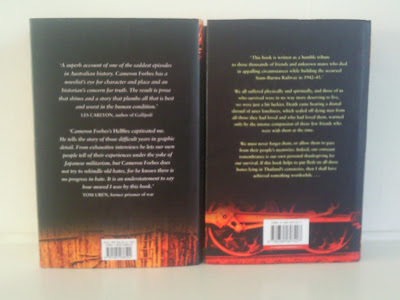 I don’t go out of my way to pick up POW books.  They are slow sellers. I think my avoidance has a little bit to do with the subject matter as well.  Lets face it, it’s a downer.  So why do I have two weighty POW books sitting on my shelf?  ???
Posted by robin at 3:17 PM