On the Beach by Nevil Shute. 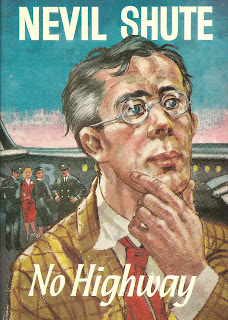 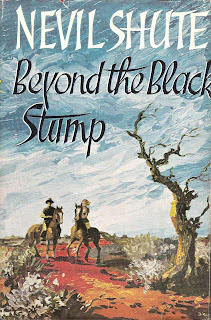 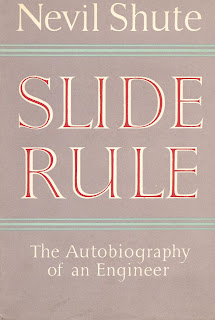 Earlier this year I was manning the shop when a customer enquired whether we had any Nevil Shute titles other than On the Beach.  Confident that we would have something other than On the Beach, I strode over to the appropriate part of the shop and found… three copies of On the Beach.  Yep, three.  One was mine and the other two belong to the other person involved in the shop.  This is a little embarrassing. Three copies of one title and no copies of any of the other fine titles penned by Nevil Shute is a disaster for a bookshop trying to establish a reputation… I guess having 3 copies of On the Beach is a reputation, but not the sort I’m looking for.  So my remedy for this was to begin looking for other books by Nevil… and removing my copy of On the Beach from the shelves and placing it comfortably on the $5 bargain table.  Now all of this took place before our Booktown festival in May and I couldn’t help but notice that all four copies still remain in their positions, despite the books being on offer to the 18,000 people who visited this town… and yes, there are now four copies of On the Beach in the shop (2 on the table, 2 on the shelves).
So here we are 4 months later and after much searching (emotionally and spiritually), I finally find a number of hardcover Nevil Shute titles that are not On the Beach, in what I consider to be good condition and suitable for the shelves.  Nevil has been on my mind during my recent expeditions and I have been looking with enthusiasm and fervour.  Indeed, after my searches I can confidently write that there are nearly as many copies of On the Beach out there as there are copies of the Da Vinci Code*, which is interesting as it’s been a while since Nevil Shute was a best selling author.  I have resisted buying any further copies of On the Beach (not quite in the same way that I have resisted buying copies of the Da Vinci Code) as I believe 4 unsold copies is enough.  It will be interesting to see if anyone is interested in these new titles or if the person mentioned above, should ever revisit the shop despite our previous poor performance.
*Actually there are a lot more copies of the Da Vinci Code, but I think you get my point.
Posted by robin at 2:56 AM