…. “I can at least say, we gave it a go.”
Yep, it was a fizzer.  The weather wasn’t that bad and the sun was seen for a few moments at various points during the day...  but when the sun went and the wind blew, it was disgustingly cold, which in this part of the world can deter the casual day tripper and obviously the majority of book buyers.  It was also the last day of the Olympics and it is football season and and and and… I could make excuses all day, but in the end the hard reality was that the numbers were barely there and takings were disappointing.  Don’t get me wrong, it was still better than a $7 day and overall other than a few hours of extra work, I haven’t really lost anything and neither have the other booksellers in town who all put in the effort and also didn’t reap the big rewards. There were a few keen customers, which was nice and upon interrogation they informed us that they had seen our advertising and had been tempted enough to freeze their butts off away from the telly.
Now the big question is “What’s next?”  There are a few suggestions floating around for another attempt at a sale and we’ll probably have some sort of meeting to discuss this and any other mega bookselling ideas.  Interestingly though, I came home from the sale to find an on line order from Books & Collectibles… which leads me to think about my priorities.

Here are a few photos when the sun was out. 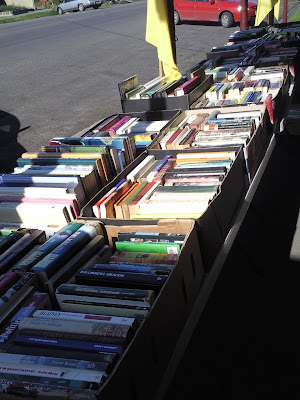 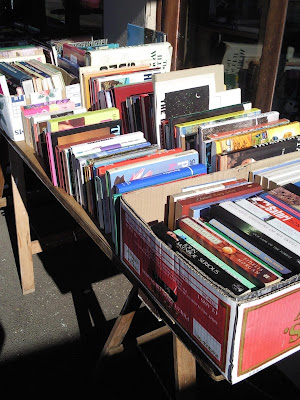 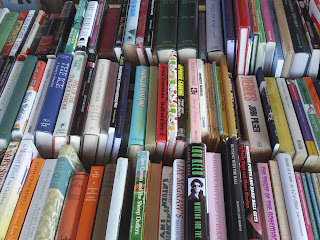