The Race for Timbuktu: In Search of Africa's City of Gold by Frank T. Kryza.

The Race for Timbuktu: In Search of Africa's City of Gold by Frank T. Kryza.  Hardcover book published by Ecco 2006, 322 pages with a few black and white illustrations and maps. 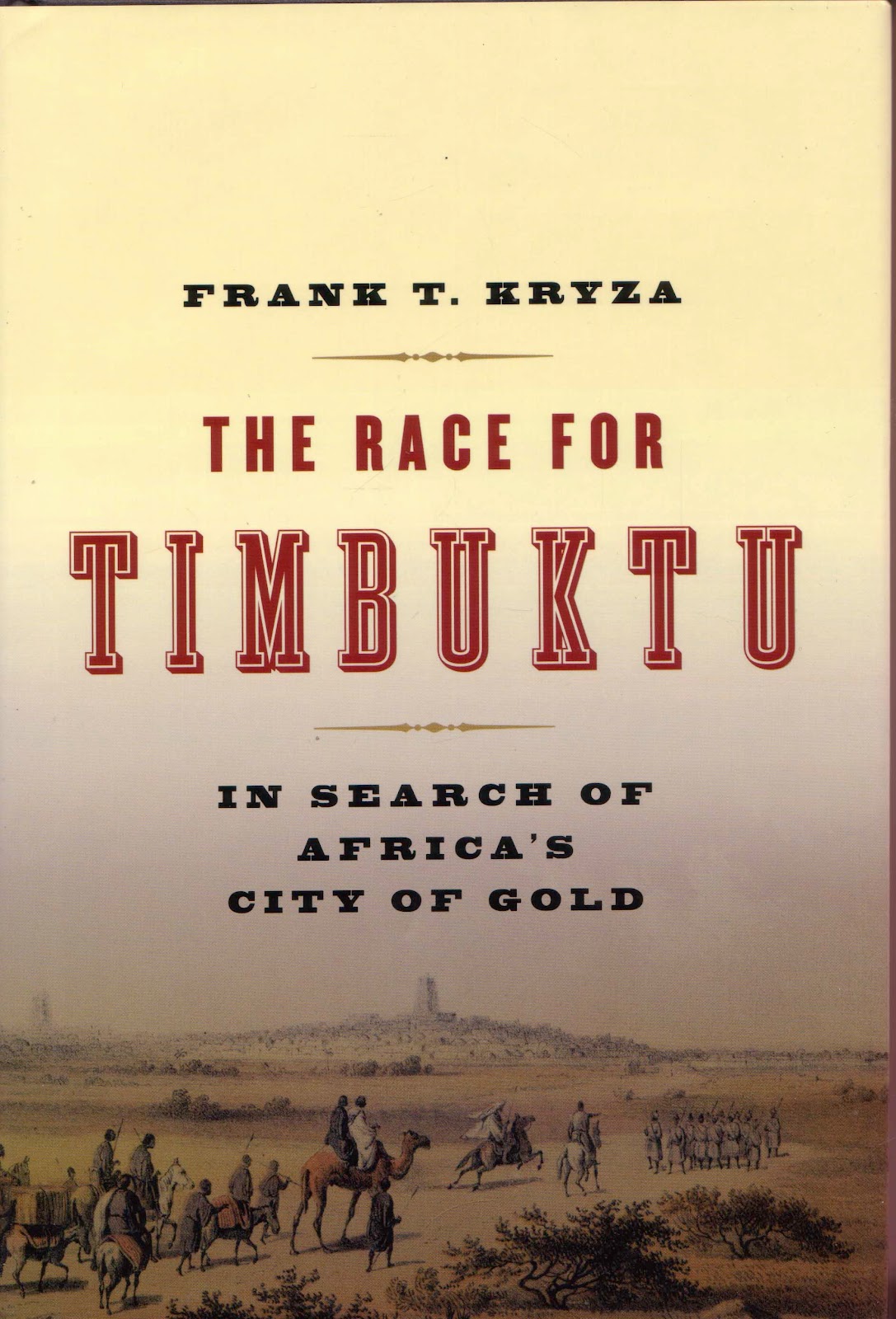 I would like to though and it is somewhere I have always considered to be on my list of places that I would like to visit.  Recent events in Mali are a distinct deterrent for this traveler… and probably for most other travelers, as Timbuktu hasn’t managed to escape the political and religious fervour that has swept across that part of the world.


This book looks at 19th century European ambitions re the conquering of the City of Gold and has nothing to do with this booksellers ambitions to visit out of the way places.  Timbuktu is a long from western society (and Clunes) and I can only imagine that in the 18th and 19th centuries it was even further away than it is now.  The romantic notion that Timbuktu was as far away from anything else as you can get is what entices people like me to dream… and to read a book like this one.

… but I bet you can get mobile phone reception in downtown Timbuktu... and the intewebs.
Posted by robin at 3:03 AM