Chinese Graves in The White Hills Cemetery, Bendigo, Victoria by Dr Kok Hu Jin (Chinese Cemeteries in Australia Volume 5).  Paperback book published by Golden Dragon Museum Bendigo (no date, year of the monkey), 191 pages with a few black and white maps, Chinese inscriptions (throughout) and one tipped in black and white photograph. 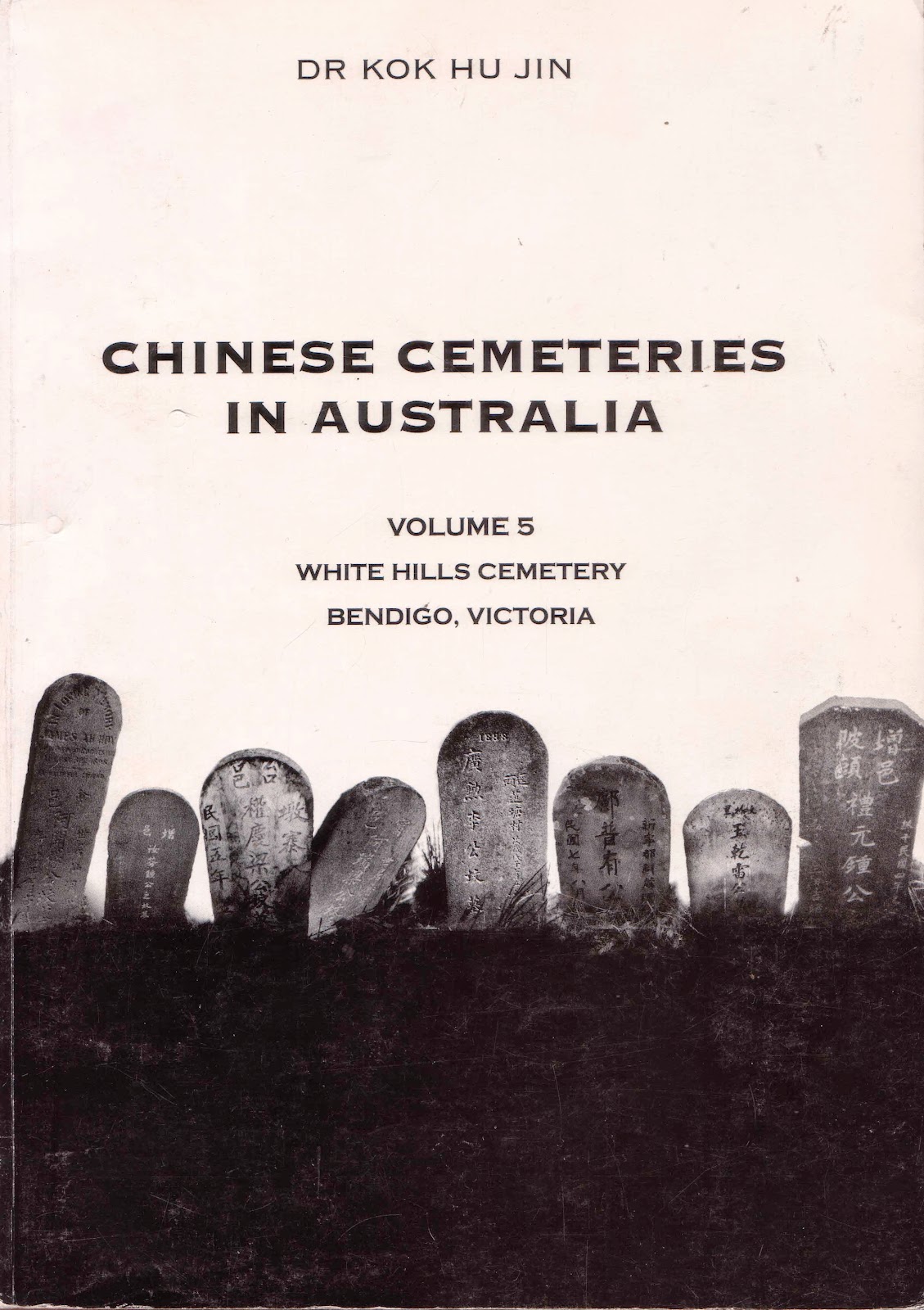 Bendigo was a gold rush boomtown.  A bit like Clunes, where I live, except a lot bigger.  As with most of the gold rush towns here in Australia and in many other places around the world, the population swelled to vast numbers of enthusiastic diggers seeking their fortune in the 1800s.  The Chinese formed a noticeable part of this group and were often treated quite badly by the Europeans who tended to openly and actively discriminate against their fellow miners.

“Gold brought great wealth but also new social tensions. Multiethnic migrants came to New South Wales in large numbers for the first time. Competition on the goldfields, particularly resentment among white miners towards the successes of Chinese miners, led to tensions between groups and eventually a series of significant protests and riots, including the Buckland Riot in 1857 and the Lambing Flat Riots between 1860 and 1861.”  Wikipedia


Even here in Clunes there was a riot of varying ferocity depending on who’s account you read.  There is currently little evidence that the Chinese were ever here with only one Chinese gravestone still present in the graveyard and very little emphasis on any Chinese presence within the town or the town museum*.


Bendigo on the other hand has a long and proud Chinese history, which is actively and enthusiastically celebrated in their Golden Dragon Museum.  At a guess the Chinese presence was probably greater in Bendigo than here in Clunes or Ballarat and maybe this book is a great example of that lasting presence in what must have once been a difficult place to be Chinese.

“Chinese Cemeteries in Australia” is a fairly obscure subject and the content of this book really does just look at the gravestones and then literally translate and explain what the translation of the text means.  …To be honest, it’s a little dull, unless of course your heritage is Bendigo Chinese or you are wanting to get some sort of idea re the Chinese population of Bendigo in years gone by.  But it is a title that is obscure enough for a bookseller like me to get excited about and rare enough for me to want to write about it here.


* Clunes Museum is about to reopen and this comment may be obsolete.
Posted by robin at 12:50 AM