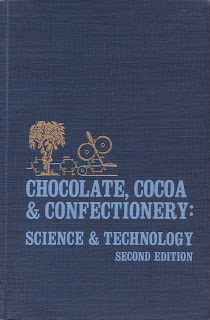 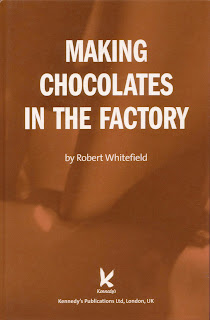 Chocolate, as most of us know, tastes great and has tasted great for a long time.  The Aztecs appreciated a nice cup of cocoa which proves that despite ripping out beating hearts from their enemies… they were just like us.  Even the Spanish conquistadors enjoyed a cup of cocoa before decimating Central and South America by force and disease and of course from there on Cocoa and then Chocolate just kept on getting more and more popular.
These 2 books, found at different locations in the same week, are mainly concerned with the manufacture of Chocolate and less concerned with killing people.  I was already aware of how to make chocolate as I have read and then seen both the movies of Charlie and the Chocolate Factory.  Here’s a great clip of the chocolate making process:
So let me explain the process.  You get green haired singing dwarves, to add milk and sugar to the chocolate river and that’s basically it.  Here’s a better picture of the chocolate river: 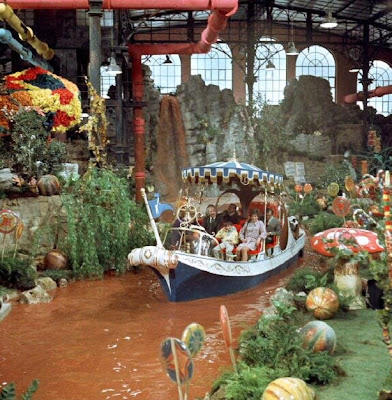 But strangely this process is not explained in these books.  One of the books has some rather boring photographs and illustrations of machinery and processes which are all in black and white.  There are no pictures of small people with green hair and no chocolate rivers.  I’m a bit speechless as to what to say about this, but I will say this much, Willy Wonka’s method is a lot more fun than what these books are trying to tell us.  Still, I imagine the cost of employing Oompa-Loompas and the difficulty of finding such people, plus the cost of keeping a chocolate river flowing, make the manufacture of chocolate by this method a difficult proposition.  The machines and processes explained in these books are probably a more economical option.
And if the movie of “Chocolate, Cocoa and Confectionary: Science and Technology” ever does get made… I probably wont go see it.
Posted by robin at 9:55 PM