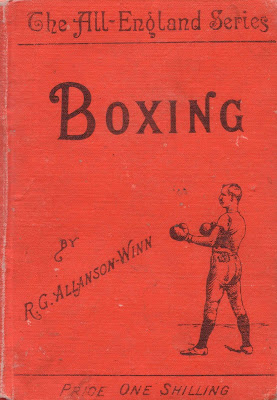 Earlier this year I sold a copy of "Boxing's Book of Records to June 30, 1914".  It was fairly worn and used/loved and did manage to sell despite having a rough and tumble appearance. This book is more of an instructional volume and also appears to have done a number of rounds.  By the looks of it, it may have been in Lefty Bicek’s pocket for quite a while.  I like the idea of these vintage boxing books being read and reread again, although this may be wishful thinking based upon a stereotype of an obsessed boxer or boxing fan (Never Come Morning by Nelson Algren).
Besides wear, there is some interesting half legible scrawlings to the front endpages.  First title page has “Mr William (?????) Butcher Lethbridge” and the title page has some writing which I can’t read the first part of, but ends with “it is bad for the eyesight.”  One can only assume that William, a Butcher from Lethbridge, lost some of his eyesight due to boxing… maybe even after following the instructions in this book.  Heavy stuff.
It was only when I got home, that I was able to take off my gloves and have a good hard flick through.  It was then that I discovered these wonderful photographs. ….and by the way, don’t try any of this at home or you’ll end up like the Butcher of Lethbridge. 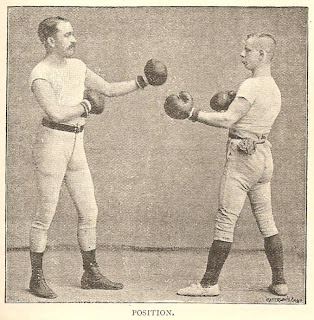 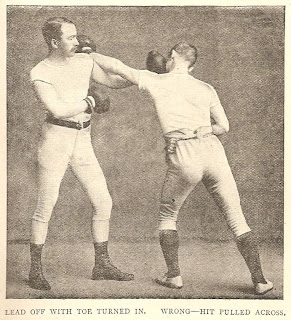 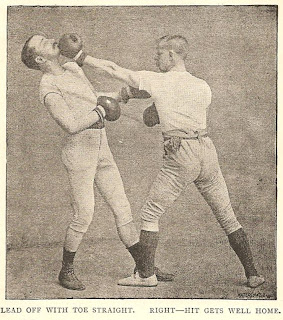 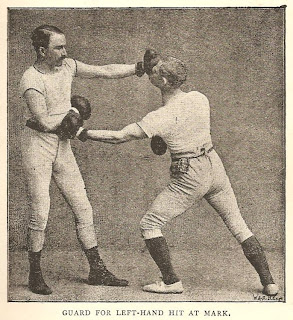 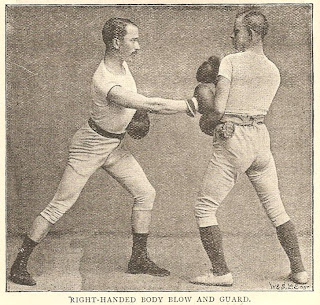 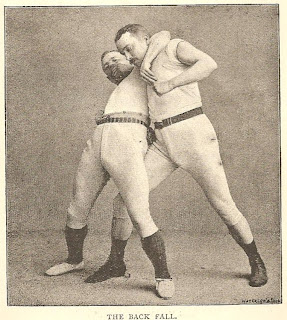 There are great illustrations as well and the text seems to be fairly straightforward.  Some great advice is given:
“…more attention should in a general way be paid to getting the head out of the way of the blow than to actually warding it off…”
Maybe the butcher should have taken this bit of advice.
I think this book is a knock out and I certainly think it will be a hit once I throw it in the ring.
Posted by robin at 4:10 AM