Children of the North Pole by Ralph Herrmans

Children of the North Pole by Ralph Herrmans.  Hardcover book published 1963.
Another wonderful children's book, filled with strange looking pictures that have somehow grabbed my attention and captured my imagination.  I think it's partly the colours that have been used in the printing that make the book sort of otherworldly.  The landscape is of course a great help in creating this otherworldliness... but i gotta tell ya, the subject matter is pretty strange as well.  Recently i wrote about "Making a Transistor Radio" published by Ladybird and pondered the ability of children to actually make a Transistor Radio.  In this book, set in Greenland, the children are actively hunting.  Yep that's right, the looking for and killing of animals for food.  Sort of makes a Transistor Radio look like childs play.  Fortunately, or unfortunately depending on which side your on, other than sucking a few eggs, they don't succeed.

Here are some of the images.  I've deliberately not put in any of the text as i think some of the images are text enough... without the text.  The Seal that they are lovingly playing with is dead and was killed by someone else. 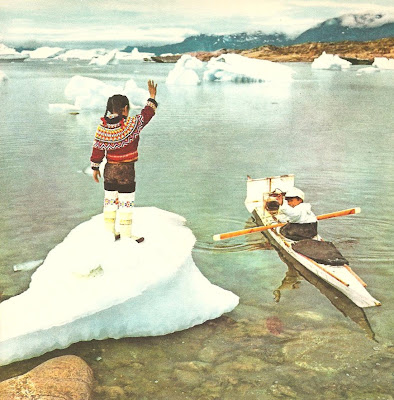 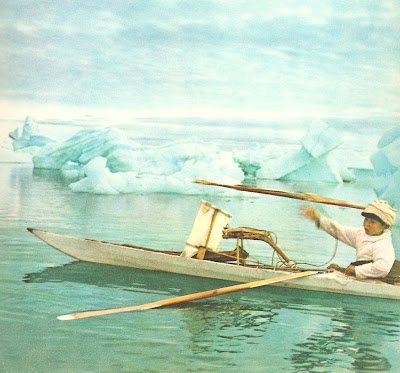 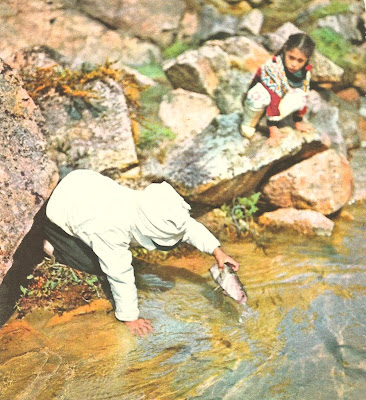 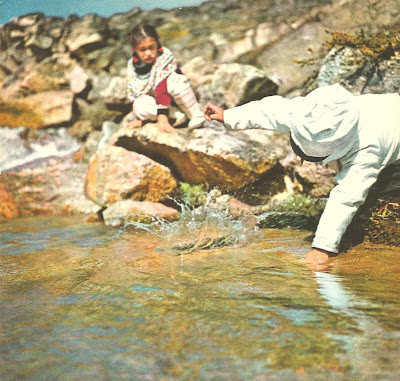 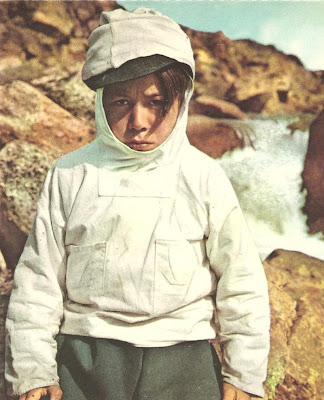 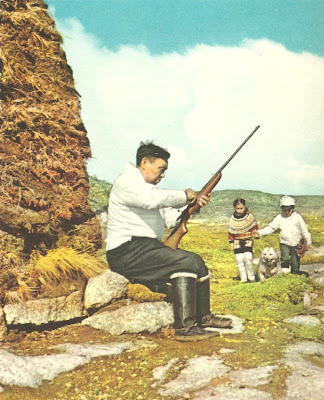 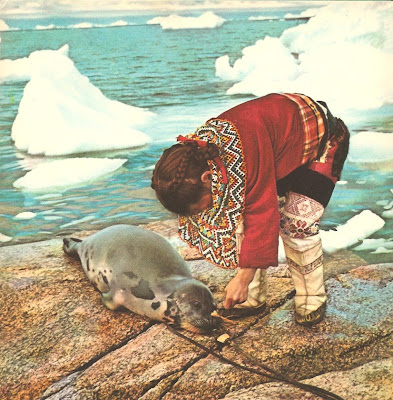 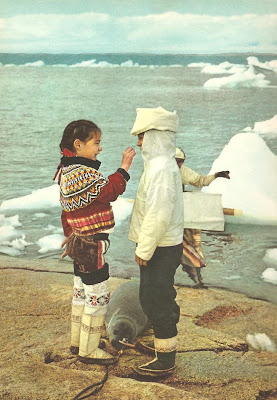 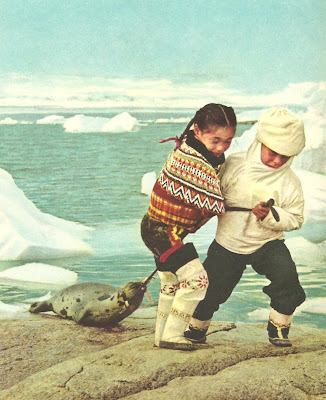 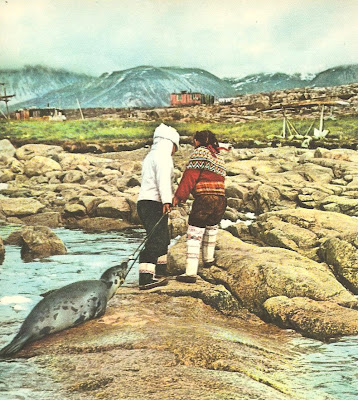