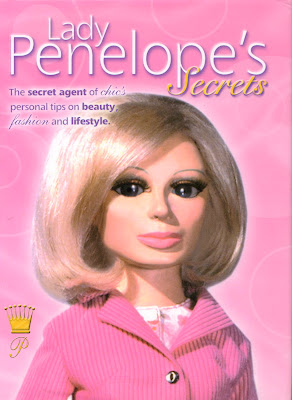 I haven’t written about nostalgia for quite a while...  This book is a great example of the fine art of nostalgia and goes to show that Lady Penelope has still got it after all these years… “it” being nostalgia.  The original Thunderbirds series was made in the mid 1960s and still has fans worldwide, both old and new.  I’m tempted to write that Lady Penelope has been at the top of her game for all these years (…that is the top of the female puppet spy world) but lets look at this seriously, has she?  This book is probably the best evidence that she has.  Which other female "supermarionation" spy from the 1960s has a book published about them in the year 2000, that’s 35 years after the fact?  This Lady has stood the test of time.
To be honest she wasn’t my favourite character from the series.  To me Parker was a much more interesting spy... a complex and intriguing character.  I could never really figure him out… did he work for Lady P. as a servant or did he work for International Rescue as a spy… or was it all a lot more complex than my 5 year old brain could ever begin to imagine.  These were things that I pondered. 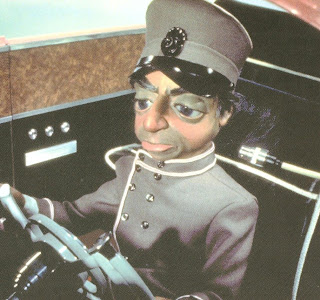 Anyway… back to Lady Penelope.  This book has wonderful photos… although they look like stills from the TV show (I guess it was cheaper than organizing a photo shoot)… and it does look at the beauty, fashion and lifestyle of this secret agent of chic as the front cover indicates… for fans of Lady Penelope Creighton-Ward, this is perfect.  And for a woman born in 2039, she looks amazing for her age… one could even say timeless… although some of her hairstyles have dated a little. 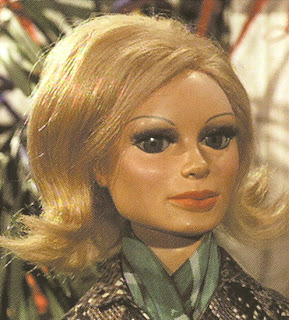 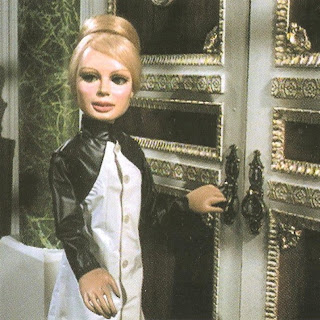 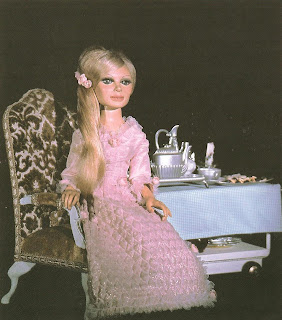 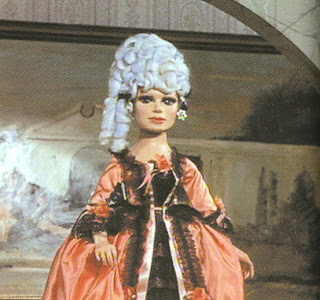 As an exercise in nostalgia, this book is a great success.  It gives the reader access to the world of Lady Penelope and The Thunderbirds and enables the reader to relive the TV series through the eyes of one of the central characters.  The books focus on “beauty, fashion and lifestyle” may seem a bit dated and irrelevant… but then again, I’m not a supermarionation puppet, so how would I know.
Posted by robin at 1:28 PM