Saints, Sinners and Goalposts: A History of All Saints East St Kilda by Colin Holden.

Saints, Sinners and Goalposts: A History of All Saints East St Kilda by Colin Holden.  Hardcover book with pictorial boards published by Australian Scholarly Publishing 2008, 313 pages with black and white photographs and a few colour and sepia photographs. 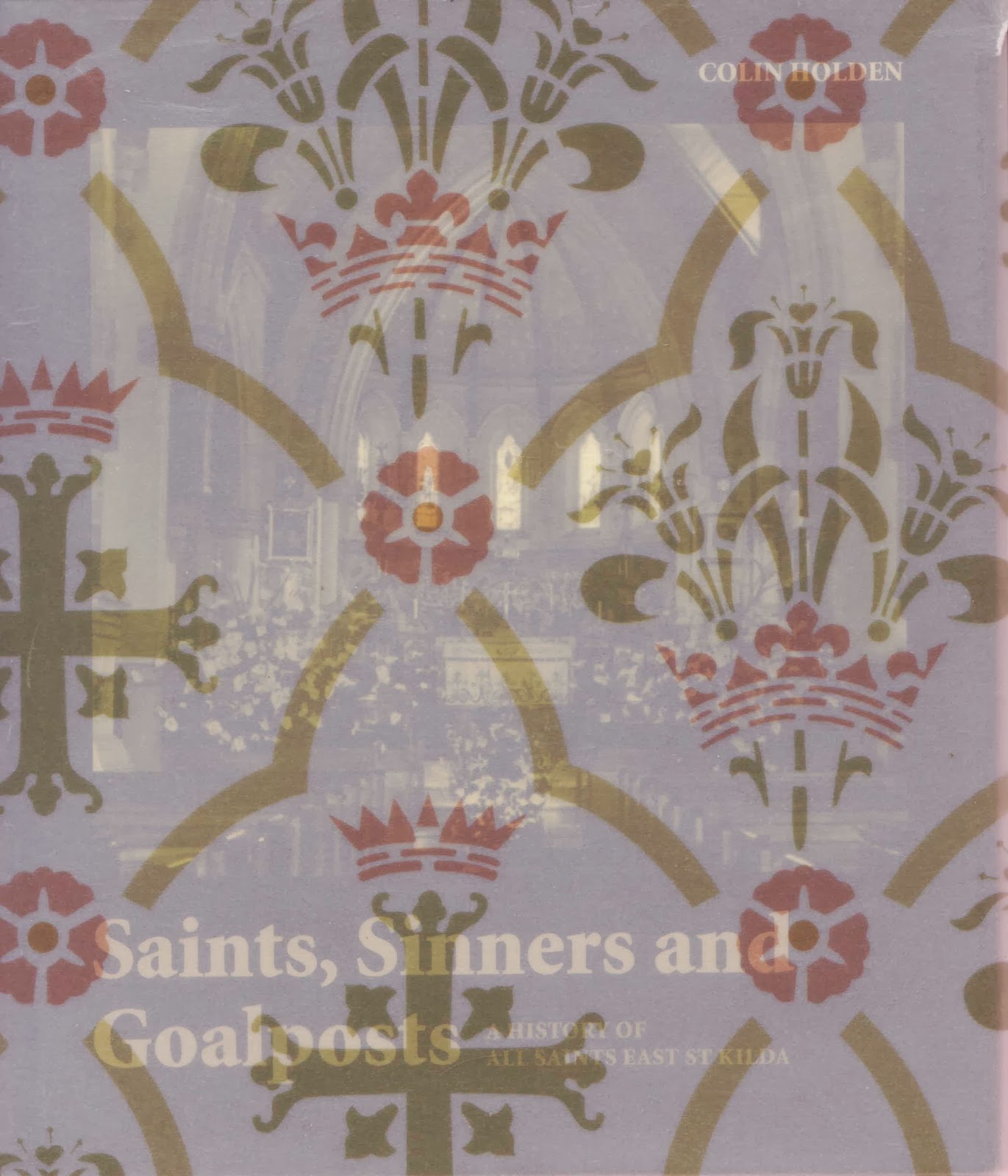 For a number of years now I have eagerly bought and fortunately sold many local histories.  These histories are often, but not always, of smaller groups within larger communities, some examples being surf life saving clubs or religious groups… a few of  which I’ve written about previously.  Recently I’ve become a little more selective as some of these histories have inexplicably become not as popular as they once were.  It’s either that, or my selection isn’t what it once was and the decline in sales is not so much due to the market, but due to the marketer (that’s me).


This lovely history of All Saints East St Kilda is a real eye catcher… which is probably why it caught my eye.  What is striking about it is the dust jacket, which on first appearance is a generic all purpose design meant for any book. It consists of a patterned crucifix and crown, which doesn’t take a rocket scientist to figure out has some sort of religious significance and therefore leads this bookseller to believe that it’s not generic and is a design feature (… I could be wrong). There is no writing but it is slightly transparent, allowing some of the larger text on the cover to be visible.  This lends a sort of mystery to the book which is what attracted my eye to it in the first place.  The cover looks great as well and it’s not often that I mention how beautiful the layout of a book is, but this one does deserve a mention.  It looks great.  The people of All Saints East St Kilda should be proud of their book. 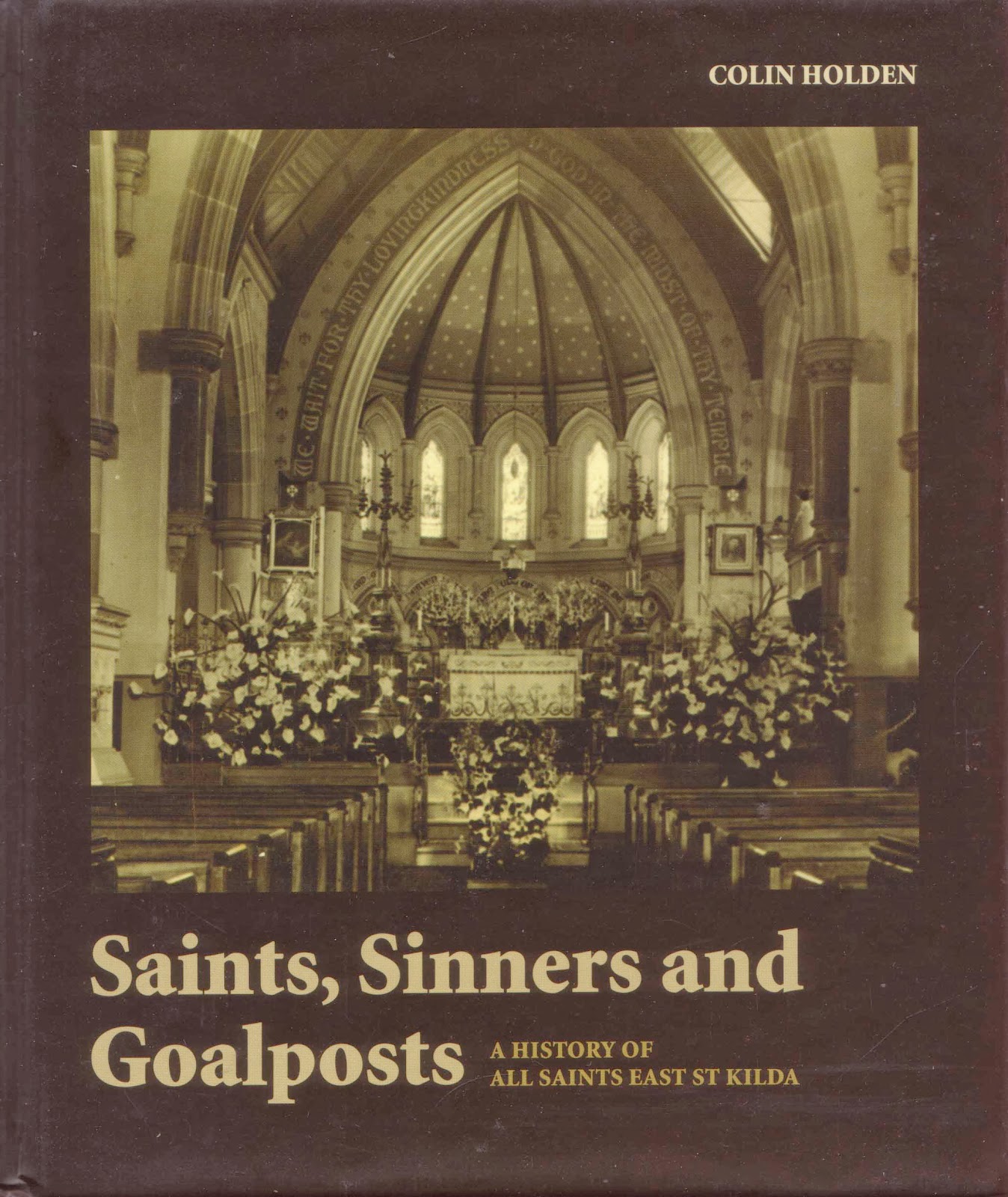 Despite my appreciation for this books art and design, I do believe it’s going to be a sitter.  One of those books that I will have for a while.  This is purely down to the subject matter.  The fact that it is of a Melbourne inner city church, means it has a little more history than an outer suburban church, and this is a definite plus.  The church thing is where my faith stalls a little, but I’m happy to be wrong.  (Maybe I’ll mention this one to the Bishop and see what he thinks.)
Posted by robin at 12:40 PM