Out of Water: From Abundance to Scarcity and How to Solve the World’s Water Problems by Colin Chartres and Samyuktha Varma.

Out of Water: From Abundance to Scarcity and How to Solve the World’s Water Problems by Colin Chartres and Samyuktha Varma.  Hardcover book published by Pearson Education 2010, 230 pages with black and white photographs and illustrations. 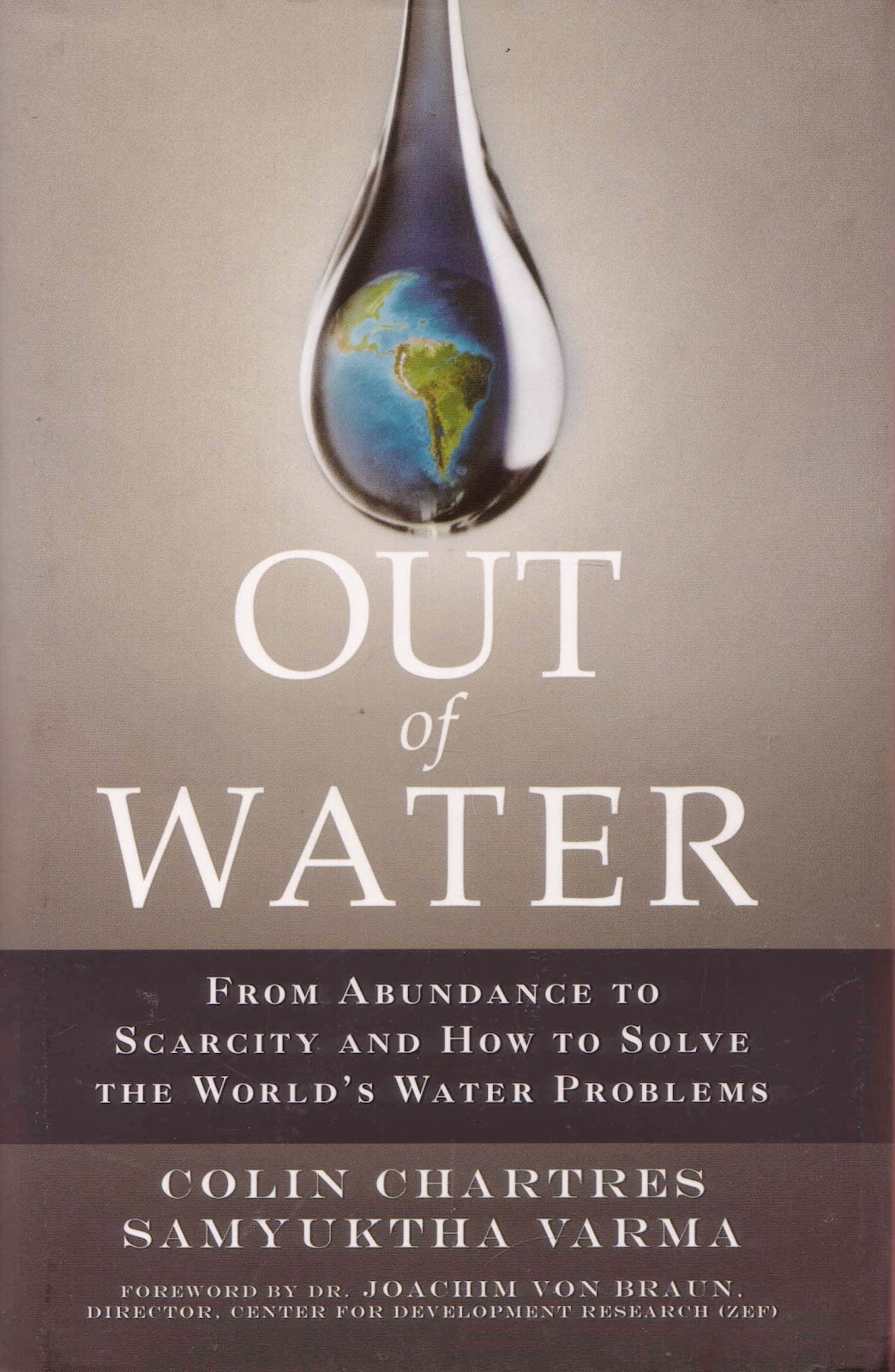 This book is concerned with a broad range of issues which are causing problems with water shortages worldwide.  These problems include: “urbanization, industrialization, changing diets, biofuel production, and climate change” all of which are “aligning to exacerbate the crisis”.  Here in Australia we seem to have an increasingly regular drought cycle which is intermittently interrupted with years of plentiful rain/floods.  Fortunately we don’t have shared land borders that could cause issue with neighbours re who is entitled to how much of a diminishing supply (or a totally diminished supply).  This can only be a good thing as it appears that water is set to become one of the big issues world wide in the same way that oil now is.


There are those who poo poo these sort of “outlandish” thoughts.  The Australian prime minister and his Party whilst acknowledging that drought exists, seem reluctant… OK, I’ll write it… “are” reluctant to admit that climate change is a real issue in relation to these droughts and climate issues, not only world wide but particularly here in Australia.  Obviously money is involved somewhere, whether its in cutting funding to our Climate Commission or repealing our carbon tax legislation, they seem hell bent on continuing down some strange suicidal path.


There are lots of things about water that we all take for granted (... or maybe i just take for granted) and this book is one that looks at the problems and solutions.  Water is important and a book such as this is a great place to start considering some of the issues associated with it and the lack of it.
Posted by robin at 1:25 PM