Philip K. Dick: Exhilaration and Terror of the Postmodern by Christopher Palmer. 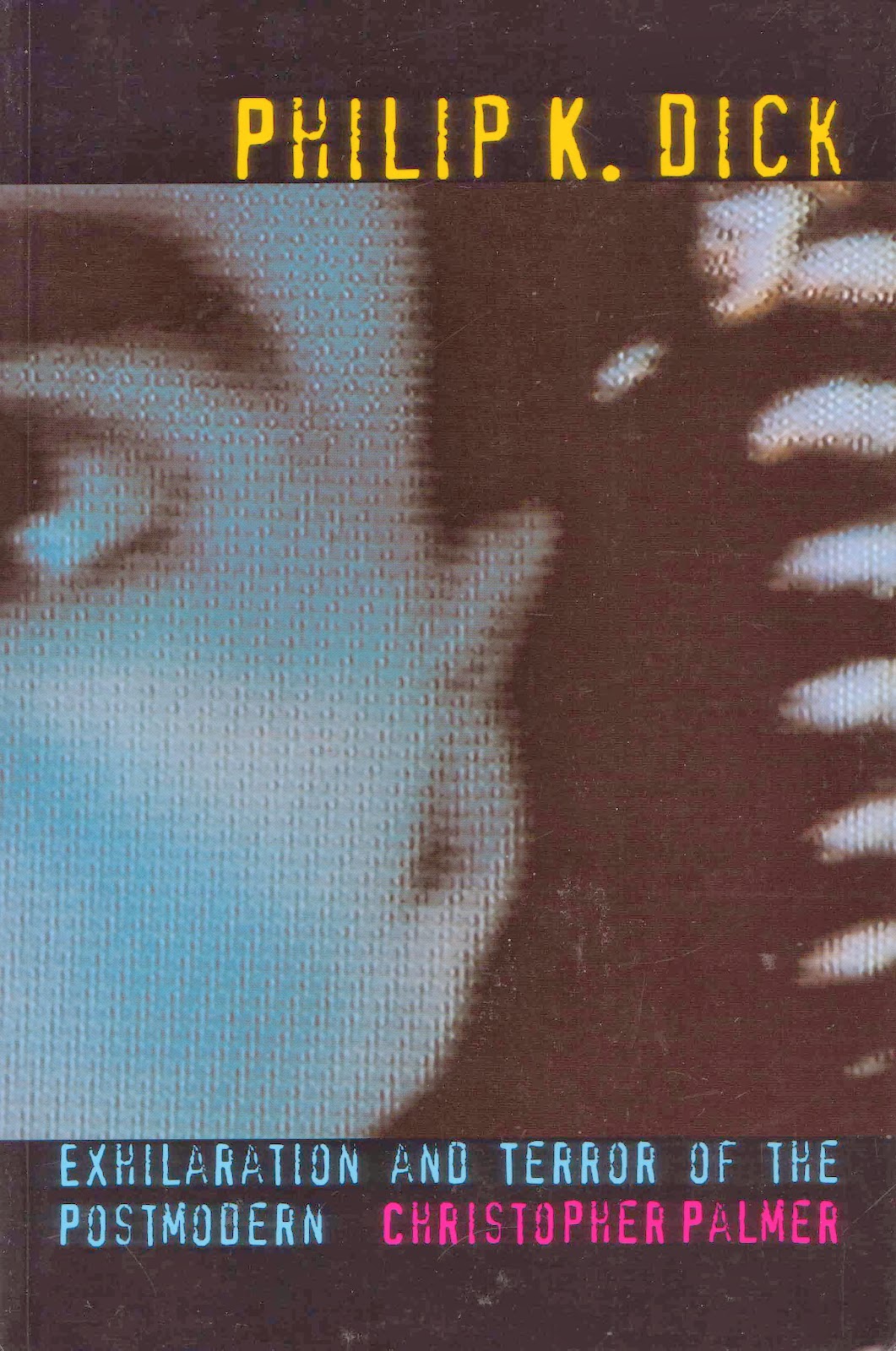 “Once the sole possession of fans and buffs, the SF author Philip K. Dick is now finding a much wider audience, as the success of the films Blade Runner and Minority Report shows. The kind of world he predicted in his funny and frightening novels and stories is coming closer to most of us: shifting realities, unstable relations, uncertain moralities.  Philip K. Dick: Exhilaration and Terror of the Postmodern examines a wide range of Dick’s work, including his short stories and posthumously published realist novels. Christopher Palmer analyses the puzzling and dazzling effects of Dick’s fiction, and argues that at its heart is a clash between exhilarating possibilities of transformation, and a frightening lack of ethical certainties. Dick’s work is seen as the inscription of his own historical predicament, the clash between humanism and postmodernism being played out in the complex forms of the fiction. The problem is never resolved, but Dick’s ways of imagining it become steadily more ingenious and challenging.” Publishers Blurb.


I can’t remember which was the first P.K. Dick book I read.  I can remember reading another one soon thereafter… but I can’t remember what that was either.  I know that after my early readings, I bought and read as much as I could possibly find, which even back in the 1980s here in Australia, was not a lot, particularly as I had a preference for second hand copies.  Over the years my Dick collection has grown and now I have a considerable number of mostly ratty looking classics.  First editions? Nope.  Hardcovers?  2 or 3, just whatever I could find. 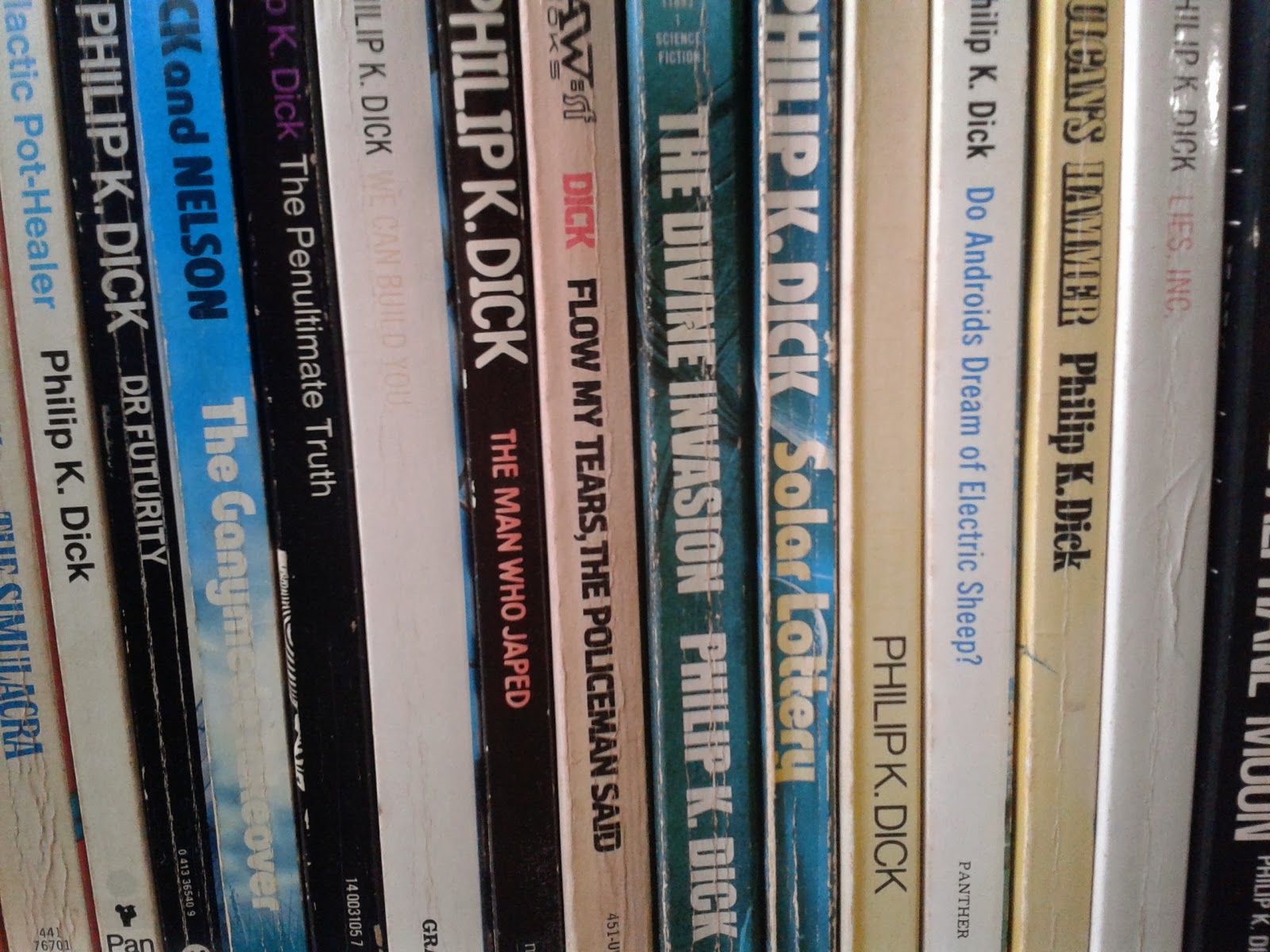 These are from the personal collection. (Not for sale)

A few years back I found this excellent website which has a detailed bibliography and much more information about Dick.  It's the sort of website that this fan could easily get lost in… and occasionally does.  Interestingly a quick look through their list of non fiction titles and I can’t see this book.


I don’t know that I would ever rate any of his books in my top 10, but I would probably rate him as one of my all time favourite writers.  There’s something about his work that sticks with you and in a way it’s more about an atmosphere and place than a narrative.  Don’t get me wrong, they all have a narrative, some of which are truly wonderful and exciting in that crazy, paranoid way that few others can even get close too.  For me though it’s about something else.  I think it’s this something else that has helped to keep the works of Philip K. Dick alive and relevant with todays readers (… and film goers) in a way that a lot of other writers of the same ilk haven’t.


I have a few customers, both young and old, who are always on the look out for anything Dickian that I can lay my hands on. Whatever I get in stock, tends to not be in stock for very long and like myself, people don’t seem to mind if these books are worn and beaten up.  In some ways it adds to the Philip Dick experience in a way that it doesn’t with other writers.  Again this might have something to do with the Dick world, where often things aren’t quite right and a little worn around the edges.
Posted by robin at 12:24 AM