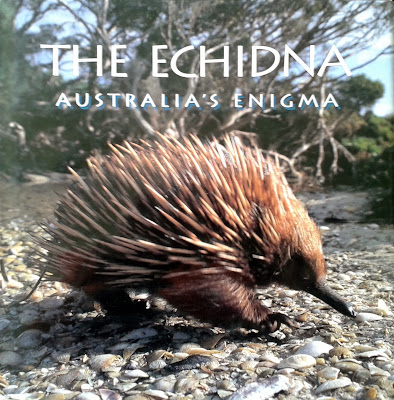 We have some strange animals here in Australia.  Actually, that’s probably a bit of an unfair comment about our wonderful and unique fauna, as it isn’t really that strange unless you start comparing it to other animals elsewhere in the world.  Here in Australia, an egg laying mammal isn’t really that strange… we have one more*.  The Echidna which as much as it is like a Hedgehog and Porcupine, isn’t anything at all like either of them.  Yeah, it’s got spines and is cute and not cuddly… and that’s really about all that is the same.  I’ve just realised I don’t know much about the Hedgehog or Porcupine, but that’s not really an issue here in Australia as they are not walking around our neighbourhood, unlike: 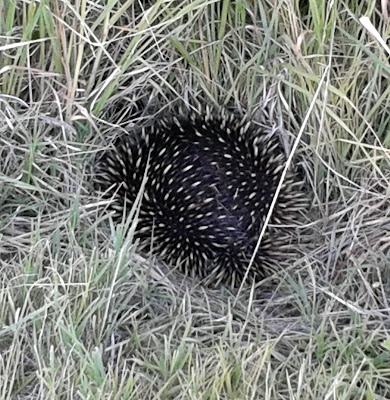 I took this photo last week a few kilometers away from Huc & Gabet headquarters.  For those who don’t know the Echidna, they tend to roll up as a defence mechanism against anything they consider nasty, in this case me.  I’m a bit of a fan of Australian wildlife and the Echidna whilst not uncommon, is an animal I rarely see in the wild.  I took the photograph to show some of the locals and wondered how they would react to my amateur wildlife spotting (and photography).  Everyone I’ve shown the photo to has reacted positively… which is nice.

This book features photographs of the Echidnas on Kangaroo Island off the coast of South Australia.  They are different to my local Echidnas as you can probably see if you compare my photograph and the image on the dust jacket.  From what I can gather the four species of Echidna are fairly similar and unless you’re a zoologist seeking the minutae on Echidnas, then one book should fit all.** There lots of Echidna text/information as well as the photographs and there’s even some photographs of a Porcupine and a Hedgehog to help clarify the differences for those of us who want to clarify the differences.


*The Platypus
**Ill informed comment by someone who knows nothing about Echidnas.
Posted by robin at 1:08 AM