Bigfoot: The Life and Times of a Legend by Joshua Blu Buhs.

Bigfoot: The Life and Times of a Legend by Joshua Blu Buhs.  Hardcover book published by The University Of Chicago Press 2009, 280 pages with some black and white photographs and a few black and white illustrations. 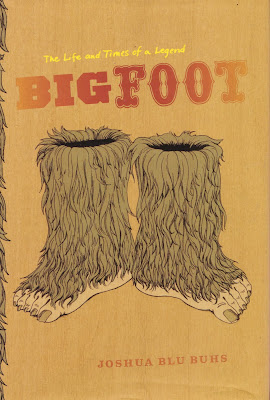 Just recently I was pondering the lack of cryptozoology titles that have crossed my path as of the last few years.  There was a time when this stuff was something that I sighted a little more often than legitimate sightings of the Himalayan Yeti, yet after a bountiful few years (of 2 or 3 titles), sightings stopped and cryptozoology became a very rare commodity here at Huc & Gabet.

Strangely, it’s a few short months after this ponderance and I find this interesting volume of information looking at many aspects of Bigfoot and his/her relatives across the globe.  It definitely concentrates on the North American phenomenon in all it’s blurry crypto glory and the author has written the book “with a scientist’s skepticism but an enthusiast’s deep engagement”.  I think the idea is to engage both believers and non believers in what are undoubtedly bizarre and strange stories. 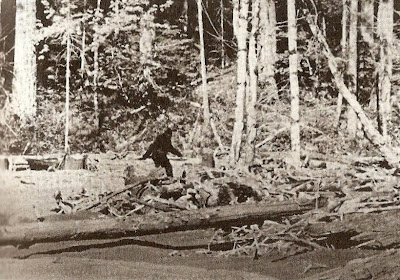 Not far from here (Clunes) we have our own crypto beast (?) that has been able to elude all credible verification.  I once casually mentioned this cryptic carnivore to a resident of that particular area and they did smile at my smart arse comment, but then quickly claimed to have seen something that they are still a little puzzled about way off in the distance.  People here in Victoria take these and other sightings very seriously, so much so that the Department of Environment and Primary Industries wrote a report on the issue after some prompting by our state government... The conclusion was that “The available evidence is inadequate to establish that a wild population of ‘big cats’ exists in Victoria.”

Cryptozoology is not just a North American thing, it’s all over the world.  From the Himalayas to just around the corner from my house, there are:

…which has nothing to do with cryptozoology but is such a great speech that I thought it was appropriate to include some of it here.