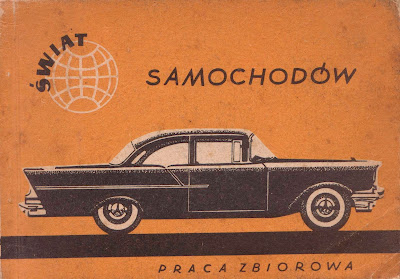 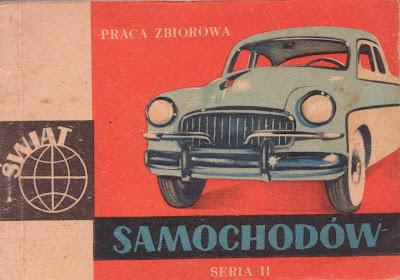 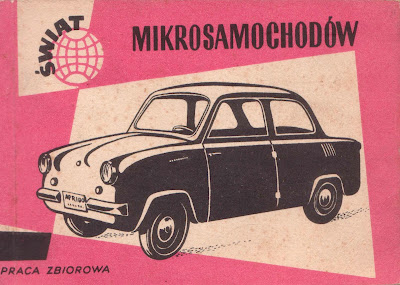 On the odd occasion I have found books that whilst having a certain familiarity could easily be from another world.  These three small books could be from one such other world.  They are certainly from another time and another place and for an Australian bookseller they are an unusual and alien discovery.

All of the text is in Polish which makes it very hard to know exactly what they are about as my Polish language skills are non existent and life is too short to type in large amounts of text into an online translator.  In this instance I’ve described all three books as:
“Vintage catalogue of cars with specifications (all text) in Polish.  The cars appear to be from all over the world and are beautifully illustrated.”
... which is what i think they are all about.

They were all published in the 1950s and have a certain aesthetic which is definitely Eastern European 1950s… not that I’m an expert in Eastern European 1950s aesthetics or anything like that, but from my limited knowledge of such matters, I would say that both the design, layout and illustrations indicate that these books are Eastern European… which in this case, is the case.  It was these three things that grabbed my attention when I saw the books.

Here are a few of the excellent illustrations.  The first one is from the back cover of the 1958 book, the rest are from the 1959 volume: 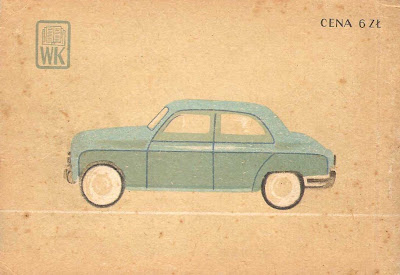 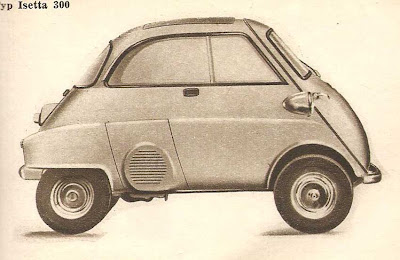 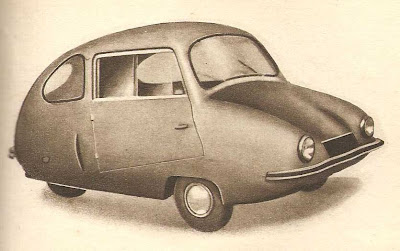 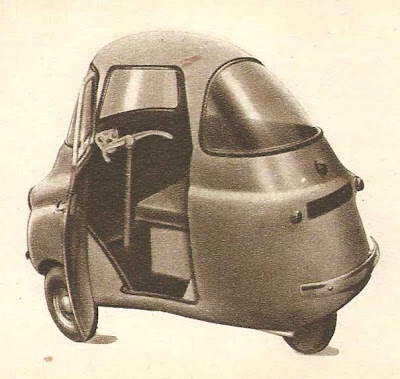 Even as I bought and then carefully placed these wonderful items into my bag, I couldn’t help but think that no one would ever buy these… no one except me.  I guess I bought them as they do seem so other worldly, and as i mentioned above, are such an unusual find here in Australia.  I often wonder how certain books ended up here.  Think about it.  Polish catalogues of cars, found in Australia?  What are they doing here… besides being admired, written about here and attempting to be sold, by me?
Posted by robin at 4:36 AM