Stanley Kubrick: A Biography by John Baxter. Hardcover book published by Harper Collins 1997, 399 pages with some black and white photographs. 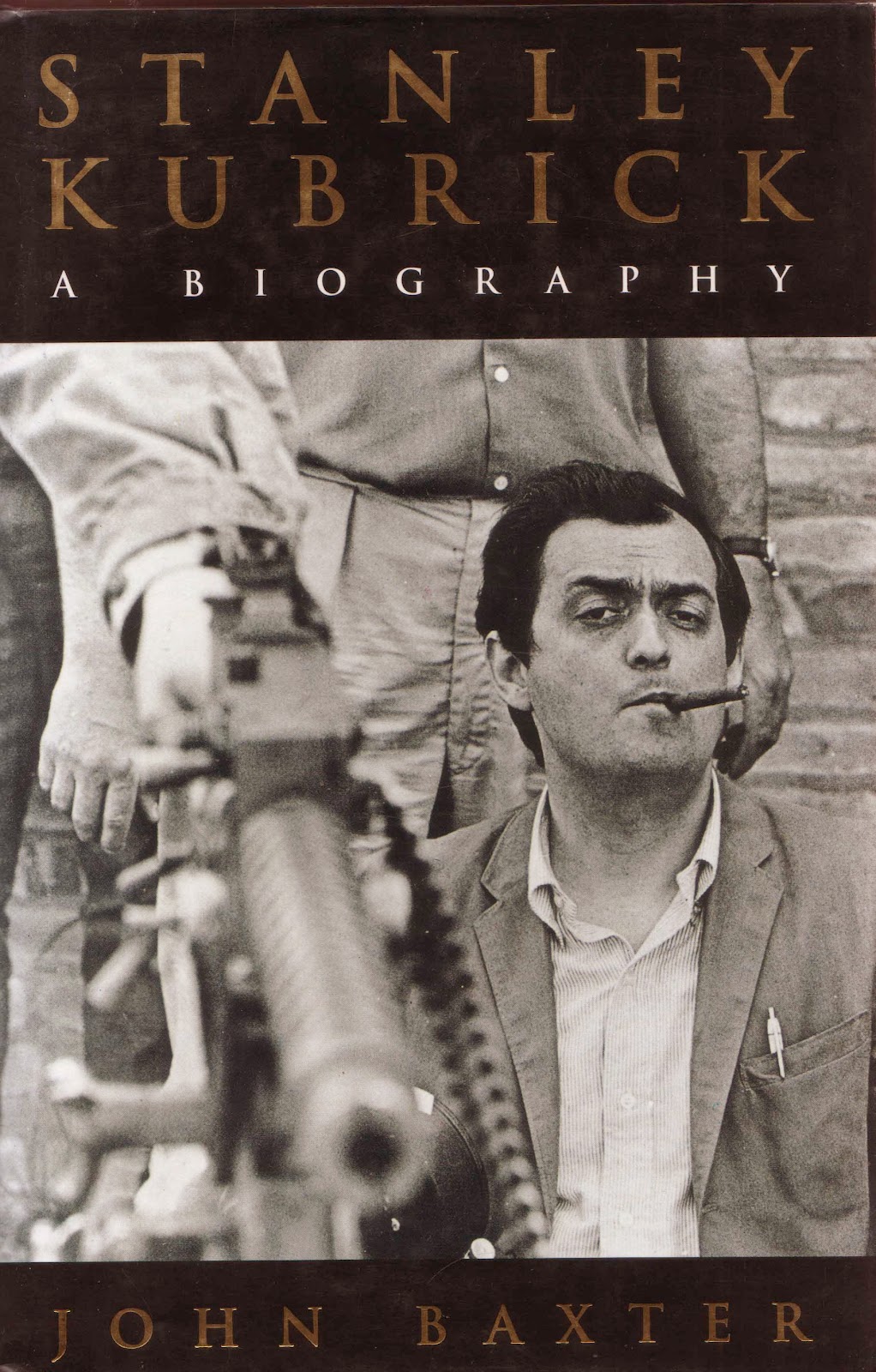 Over the years I have developed a taste for Stanley's films and many of his masterpieces have received multiple viewings by yours truely. I would even go so far as saying that I am a fan and I do pay attention to things Kubrickian (eg. trivia, documentaries, interviews etc). Kubrick is one of those directors that can continue to amaze, delight and shock me time and time again. I have a number of favourites and not so favourites, but I have also found that some of his films after multiple viewings have left me with a completely different opinion to the last time I saw them.

The first Kubrick film I ever saw was Barry Lyndon. I think I was 12 or 13 and I saw it at a cinema in Dandenong. 12 or 13 is not a great time to be seeing a lumbering period epic where it takes a long time for anything to happen. My mother (the person who had dragged me along) thought it was great, I thought it was ok. With further viewings over the years Barry Lyndon has become one of my favourite Kubrick films and i'm not alone.

At this years annual Clunes book festival I was fortunate to have a vintage hardcover copy of Thackeray's Barry Lyndon sitting on the shelf waiting for someone to eye it and bye it. It was not a first edition, but it was a lovely worn vintage copy circa 1890s... and reasonably priced. Anyway, a young man possibly 12 or 13 walks into the shop and starts carefully perusing my rare and vintage portion of the shop. Suddenly he gasps and asks if that is really a copy of Barry Lyndon. I affirm this and casually take the book off the shelf and pass it to him to consider. He started to very carefully flick through the book when I asked if he had ever seen the film by Kubrick. His answered with a resounding yes and then continued to tell me that it was one of his all time favourite films. I was gob smacked. This was not what I was expecting from a 13 year old. He purchased the book and then very quickly left the shop without another word. As I sat there contemplating what had just happened, a few of the customers still in the shop having overheard our brief conversation started to actively discuss amongst themselves what had just taken place. I was not alone in my disbelief and awe.