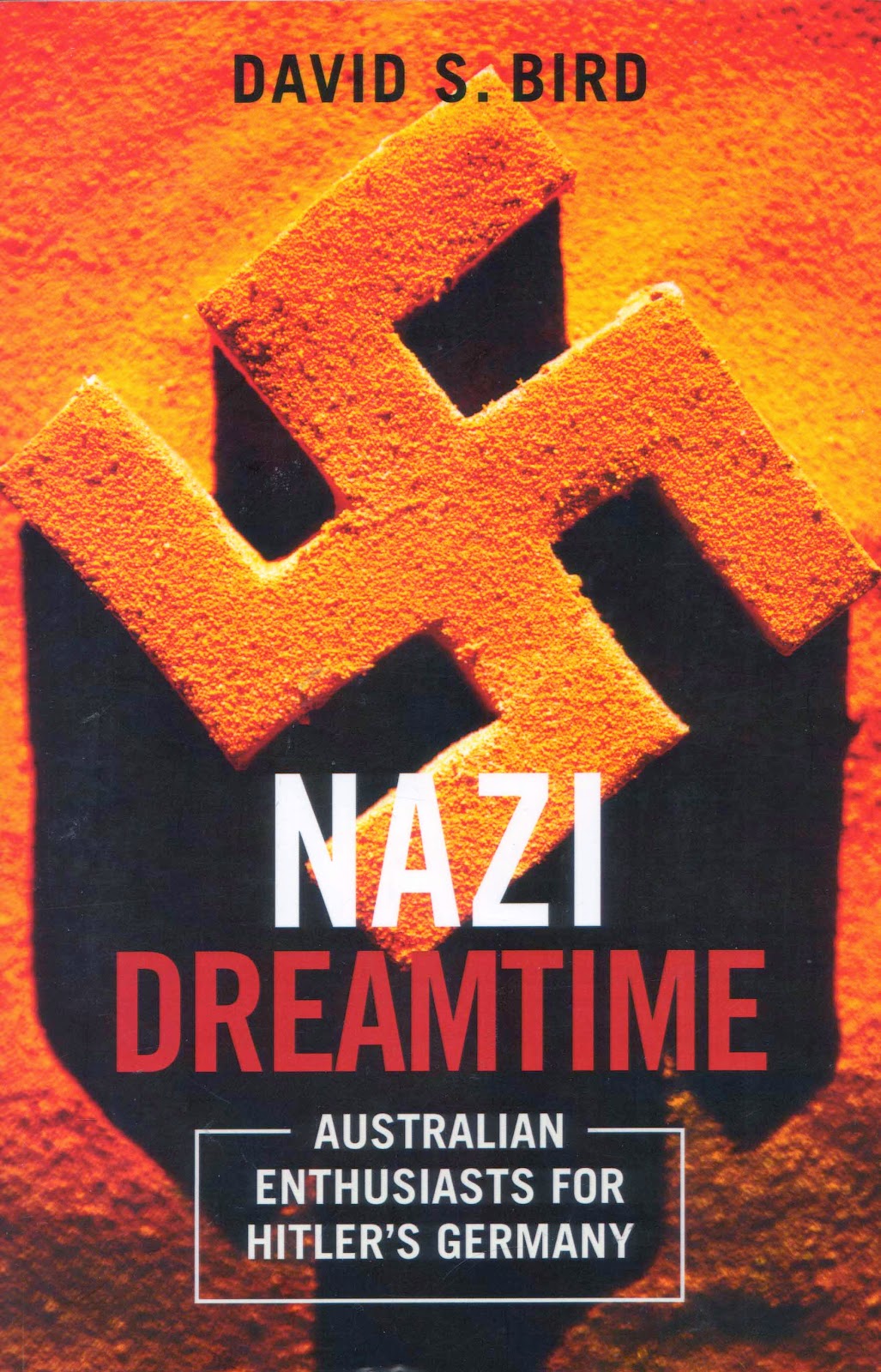 “Nazi Dreamtime is the story of extreme-right, ultra-nationalists in Australia before and during the Second World War. Some native-born Australians were attracted to the ideology of Nazism, believing it to be applicable to Australian political and cultural life. The ‘German revolution’ was a European experiment that Australians ought to learn from, and to an extent emulate. These Nazi enthusiasts and their fellow travellers were charitably described by one renegade amongst them as ‘well-meaning dreamers’.”

This isn't the first time i've written about Australian Nazis* and somehow I think it probably wont be the last. There's something about the combination of the words “Nazi” and “Australia” that seems a little out of place, yet here is a another book that not only has “Australia” and “Nazi” joined at the Kangaroo, but also the concept of “Dreamtime” blended in with the whole thing.

“Many thought that Aboriginal concepts of dreaming could be merged with national-socialism to form a ‘blood-and-soil’ white dreaming— a Nazi Dreamtime under the Southern Cross.”

This wasn't something that had all Australians trading in their red white and blue shirts for brown, but there was enough support that this stain on our history (...one of the many) deserves a book to be written about it. Even Menzies commented that the ''modern abandonment by the Germans of individual liberty and of the easy and pleasant things of life has something rather magnificent about it.” He was wrong.

...But it wasn't just Menzies, there were other notables, some with a literary bent, who dabbled in, and on the fringes of National-socialism. The index of this book indicates that there is quite a bit in it about Miles Franklin, Xavier Herbert and Manning Clark to name but a few and not having read the book, I can't verify how involved they were in the whole Aussie Nazi thing, but from what I can gather, involved to various degrees they were. By 1945 most of them had fortunately dropped out of Goose step practice and realised their mistakes... at least I hope they had. This Australian enthusiasm for dodgy foreign politics is not something that ended in 1945. Even today we have people who believe and are participating in some extremely crazy stuff not only here, but in foreign lands as well. Not the same crazy stuff as before, but just as misguided.