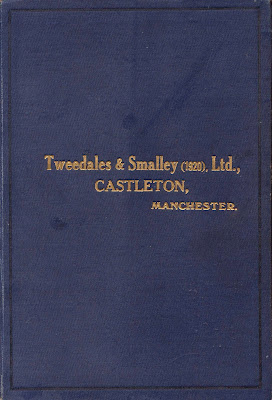 I think it’s been at least a week and a half since I wrote about a technical book.  Which by the way, did sell despite my doubts.  This one is a little different.  It’s basically a catalogue of machinery made by Tweedales & Smalley in Castleton, Manchester (that’s in the UK and no where near Australia) at their lovely factory and has nothing to do with repairing such machinery.

These guys made machinery for the cotton industry.  By the looks of their factories they made a lot of machinery and a lot of money.  Which is probably why they need a catalogue and why the catalogue has gold lettering on the front cover… which is a hardcover, not paper.  The weirdest thing about the catalogue is that there are no photographs of any of the machinery… at least I think that’s weird.   Diagrams it has a plenty.  Photographs it has none.  The book also has blank pages with lines printed on them both vertical and horizontal, sort of like graph paper.  Maybe you were meant to insert your own photographs or draw a nice picture of the machine, but more than likely you were meant to make a note of the current price and any other details that the machinery may have that you need to know about, that isn’t in the book. 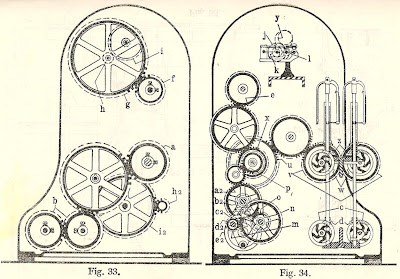 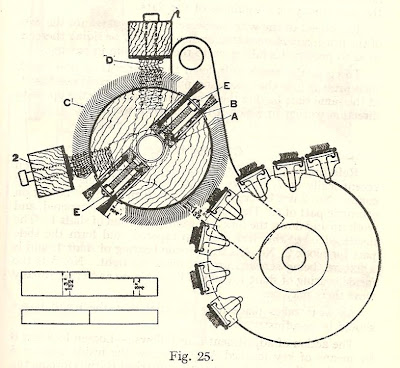 From what I can gather Tweedales & Smalley no longer exist… a bit like most of the cotton industry here in Australia (and probably in the UK as well).  This catalogue is like a time capsule of both vintage machinery and industry and is from an era, when these sort of industries were flourishing.  I think that’s what I like about it… it no longer exists on a number of levels, all that remains is this book.
Posted by robin at 4:15 AM