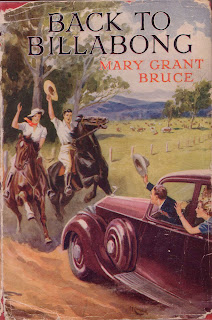 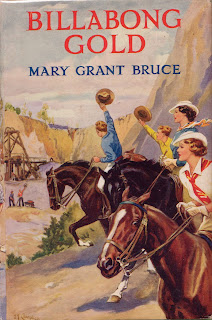 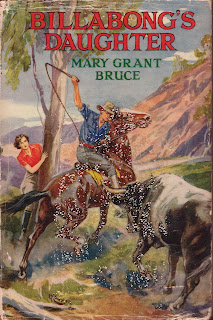 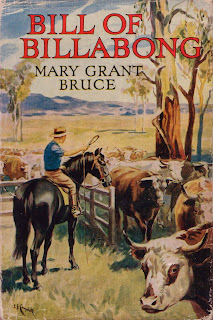 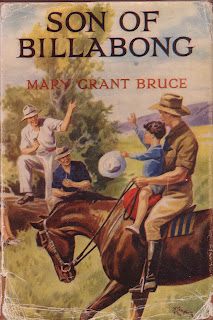 You can’t get much more Aussie than Mary Grant Bruce.  No, she never participated in the Olympics and no she never openly slipped a shrimp on the barby.  Mary was one of those special people who helped in “forming concepts of Australian national identity, especially in relation to visions of the Bush”* by writing books.  Granted, these concepts were formed quite a while ago, but it was with Mary’s skill as an author that she was able to push some of these boundaries.  Yes, there are a few issues regarding some dodgy portrayals of Aborigines, Chinese and the Irish, but nothing that a quick editing of later editions didn't fix.
Her books were and still are eagerly sought out and collected here in Australia, probably due to the whole nostalgia thingy (… unless of course your Aboriginal, Chinese or Irish).  From my experience, Mary Grant Bruce is no longer the desired reading of the younger generations.  It’s a rare thing when a collector of Mary Grant Bruce doesn’t have at least a few grey hairs.
These five books were found all together along with a few other MGB titles that were without dust jackets.  The books all have some wear and age… probably because they are aged and worn.  The biggest issue is the condition of the dust jackets, which are all VERY worn and aged.  Recently I have started covering some of my books in PVC.  There are a few reasons for this, but the main reason is to protect and enhance worn and aged dust jackets.  My good friends at Fully Booked (High Street, Thornbury), often comment on the way that PVC tends to bring out the colours of a dust jacket whilst protecting and securing what are often fragile pieces of paper.  I agree totally.  These five books look much better with the PVC and will be easier to sell because of it.  This whole PVC thing is something I have avoided over the years and it is only recently that I have begun to embrace the concept.  I won’t be going crazy and covering everything, but those titles that need that little bit of lift such as these titles, will be getting it.
Posted by robin at 4:14 PM