Setting the East Ablaze: Lenin's Dream of an Empire in Asia by Peter Hopkirk.

Setting the East Ablaze: Lenin's Dream of an Empire in Asia by Peter Hopkirk.  Hardcover book published by John Murray 1984, 252 pages with some black and white photographs. 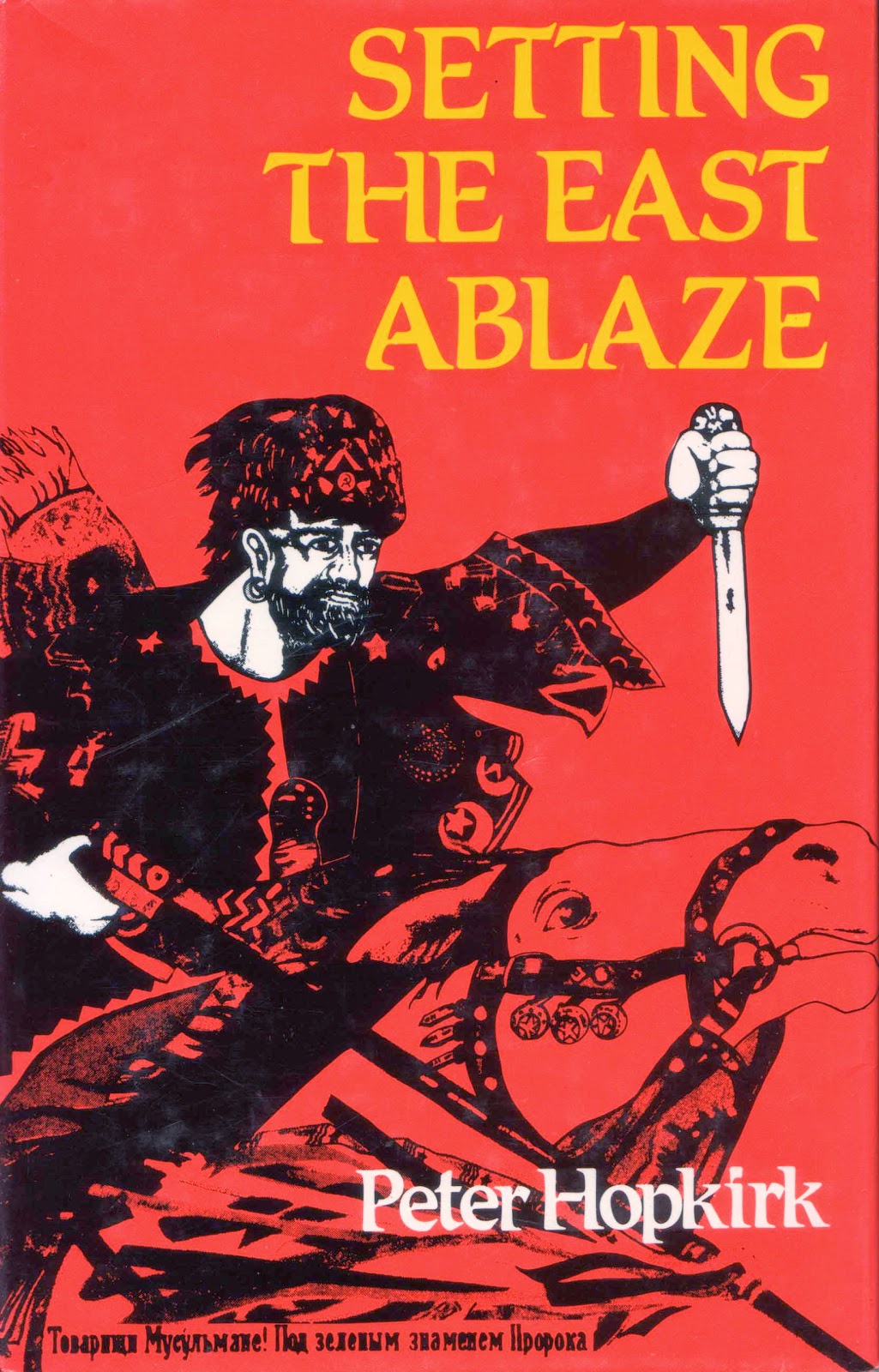 “Lenin’s Dream of an Empire in Asia. ‘Let us turn our faces towards Asia,’ exhorted Lenin when the long-awaited revolution in Europe failed to materialise. ‘The East will help us to conquer the West.’ This book tells for the first time the story of the Bolshevik attempt, between the wars, to set the East ablaze with the heady new gospel of Marxism. It is an extraordinary tale of intrigue and treachery, barbarism and civil war whose echoes continue to be heard in Afghanistan and elsewhere today. Lenin’s dream was to liberate the whole of Asia. But his starting point was British India, the richest of all imperial possessions. He saw Britain, then still the foremost imperial power, as the main obstacle to his grand strategy of world revolution.  ‘England,’ he declared in 1920, ‘is our greatest enemy. It is in India that we must strike them hardest.’ If, by means of violent revolution, India could be wrested from Britain’s grasp, then no longer would she be able to buy off her workers with the cheap raw materials and sweated labour of the East. Economic collapse — and revolution — would follow at home. But that was merely a beginning. With trained agitators carrying the torch of Bolshevism throughout the East, the revolution on which Lenin had staked all his hopes would begin to blaze its way across Europe. Needless to say, the British and their allies were equally determined to wreck Moscow’s plans. Peter Hopkirk’s book — the last in his trilogy set in Central Asia — tells the story of the shadowy, undeclared war which followed. Among the players in this new Great Game were officers of the British Indian intelligence services and the professional revolutionaries of the Communist International.”


Someone asked me a while go which titles I look for in my book searching escapades.  This is of course a can of worms question as a secondhand bookseller can sometimes look for years for particular authors or titles, to no avail.  In other words, you can look but that doesn’t mean that you will find.  I of course do have certain authors and titles that I look out for and sometimes, but only sometimes... and even then rarely..., I find them.  Peter Hopkirk is one such author and when I found this title, my heart raced and I did not hesitate.


I read a number of Peters works many years ago, including Trespassers on the Roof of the World.  From what I know, he tends to write about Central Asia and something known as The Great Game.  Both Trespassers on the Roof of the World and The Great Game as a subject, have had a lasting influence on my reading agenda.  It’s interesting that I can pin point an author such as Hopkirk as the starting point of a long list of books of interest that I have read.  One of those books that came after reading Hopkirk was written by Abbé Huc of Huc & Gabet… the French missionary Catholic priest and traveller, famous for his accounts of China and now the inspiration for my bookselling business name “Huc & Gabet: Books of interest”.


If you read the publishers blurb above, you will probably notice the Afghanistan reference.  This is referring to the Soviet war in Afghanistan during the 1980s and we know what happened after that debacle. This book whilst historical in content is still relevant to todays geopolitical landscape and in the past I have found Hopkirks books to be constantly relevant and fascinating when related to todays current affairs.  Hopkirk is always worth reading.
Posted by robin at 12:40 AM