Garlic and Friends: The History, Growth and Use of Edible Alliums by Penny Woodward.

Garlic and Friends: The History, Growth and Use of Edible Alliums by Penny Woodward.  Hardcover book published by Hyland House 1996, 248 pages with colour photographs, black and white illustrations, and some monotone illustrations. 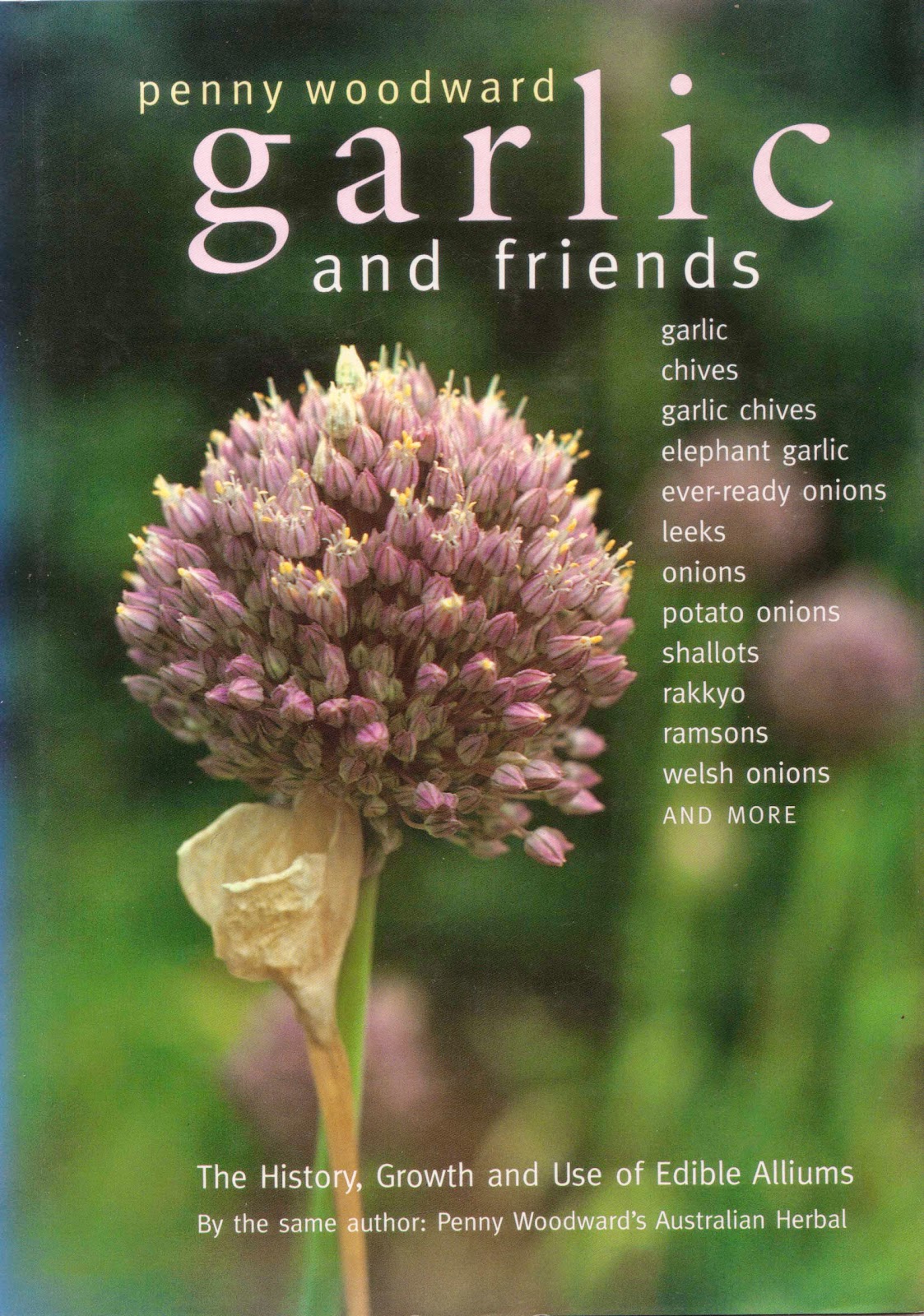 
OK. It “is a monocot genus of flowering plants, informally referred to as the onion genus” (Wikipedia).  Now I know something I didn’t know a few minutes ago.  Despite not knowing what Alliums are, I do know what garlic is and I have more than a casual relationship with various types of onions. Garlic and I are on good terms and I have been known to go through a fair bit of it here at home.  I probably don’t use as much as is being used on the pigs in this clip,


but I would certainly like to.  It’s because of my fondness that a title like this one is something I can’t leave behind.


Last winter I bumped into a friend here in Clunes and they noticed that I was a little under the weather and barely functioning.  A few hours later they dropped around with a garlic soup made using a Richard Olney recipe.  I don’t know if it cured me, I do know that it tasted great.  Garlic is often considered to be a sure fire cure all.  I personally figure that it’s always worth a go and if it doesn’t work as a cure, it will taste great regardless and will therefore make you feel better.  I’ll also mention another friend of mine who grows her own garlic and very kindly gave me some a while ago.  This was an awesome taste experience and a true delight for this fan of the edible Allium.  It was so good that I managed to get some more from her a few months later after making sure she knew how much it was appreciated the first time around.  It was tasty.

This book covers many aspects of Garlic and other edible Alliums including descriptions, how to grow them and how to cook them.  Each plant has it’s own section and overall the book seems to be detailed with enough information to entice even a casual garlic fan to broaden their appreciation.  This title is not one that I have seen previously and this was part of my reasoning for picking it up. It’s a book about garlic. It will sell.
Posted by robin at 3:10 AM