Hard Choices by Hillary Rodham Clinton + In My Time: A Personal and Political Memoir by Dick Cheney

In My Time: A Personal and Political Memoir by Dick Cheney.  Hardcover book published by Threshold Editions 2011, 565 pages with some black and white and some colour photographs. 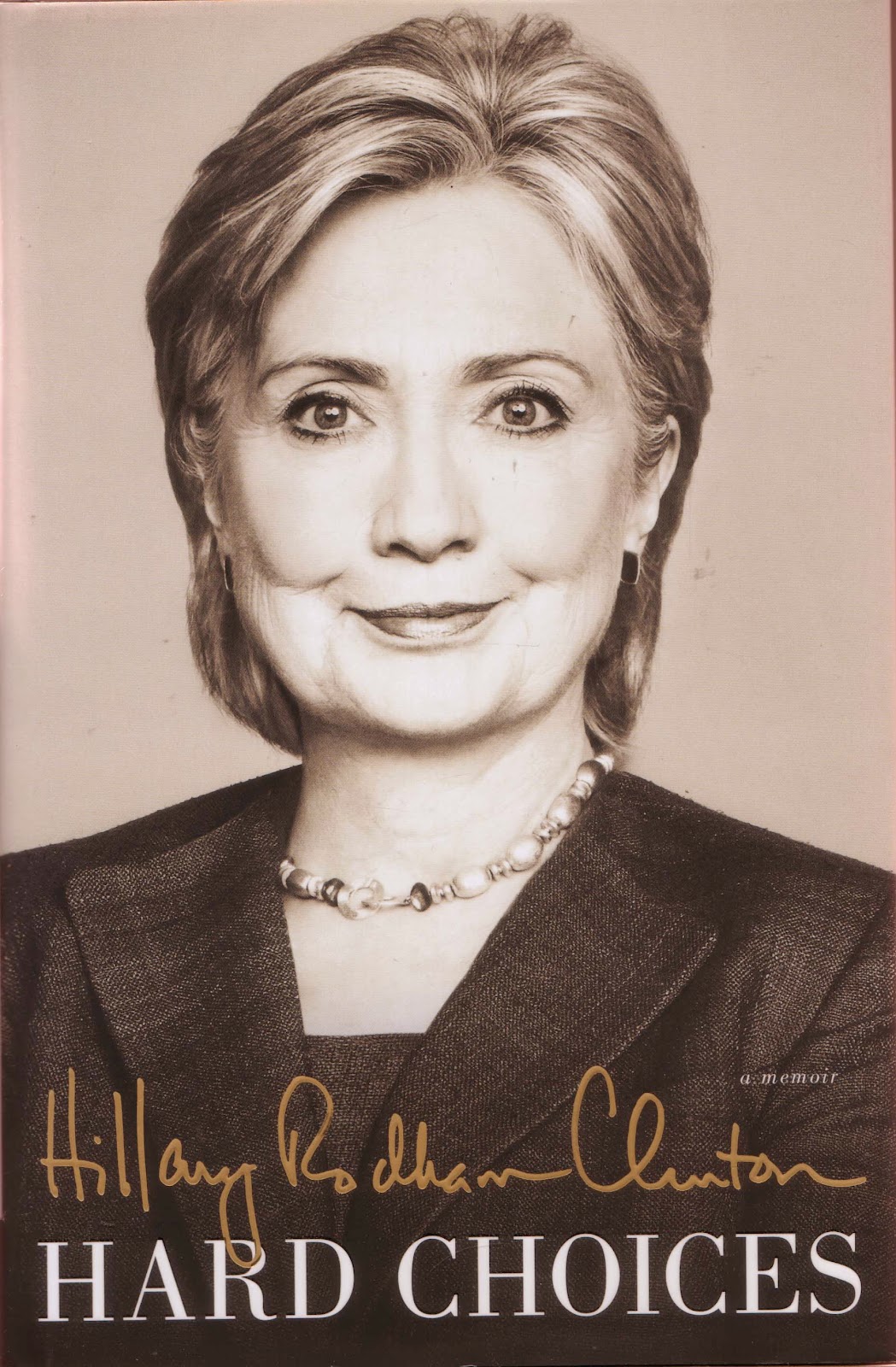 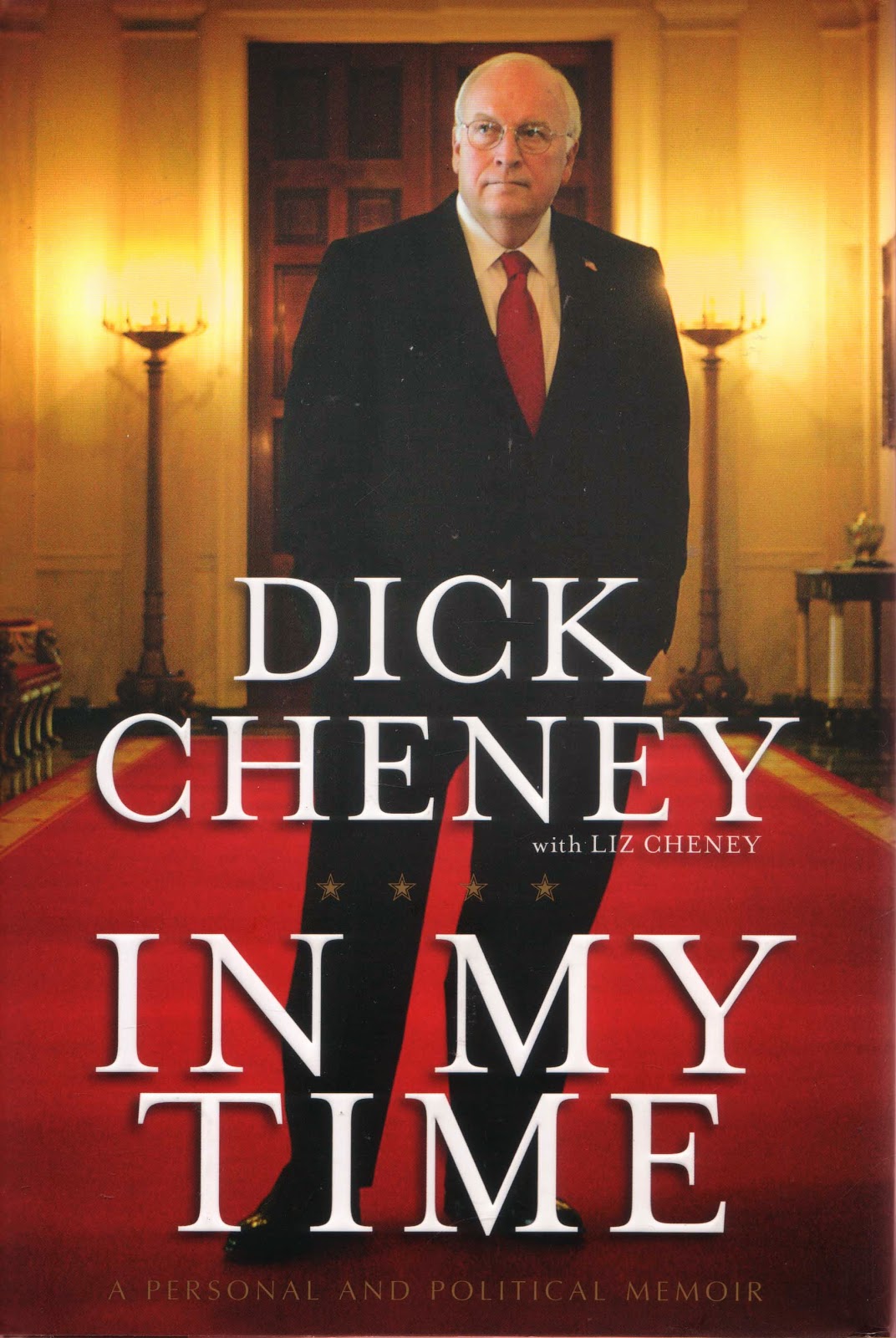 "HILLARY RODHAM CLINTON'S INSIDE ACCOUNT OF THE CRISES, CHOICES AND CHALLENGES SHE FACED DURING HER FOUR YEARS AS AMERICA S 67TH SECRETARY OF STATE, AND HOW THOSE EXPERIENCES DRIVE HER VIEW OF THE FUTURE. All of us face hard choices in our lives, Hillary Rodham Clinton writes at the start of this personal chronicle of years at the centre of world events. Life is about making such choices. Our choices and how we handle them shape the people we become. In the aftermath of her 2008 presidential run, she expected to return to representing New York in the Unites States Senate. To her surprise, her formal rival for the Democratic Party nomination, newly elected President Barack Obama, asked her to serve in his administration as Secretary of State. This memoir is the story of the four extraordinary and historic years that followed, and the hard choices that she and her colleagues confronted."

"In his enlightening and provocative memoir—a stately page-turner with flashes of surprising humor, remarkable candor, and powerful resonance—former Vice President Dick Cheney takes readers through his experiences as family man, policymaker, businessman, and politician during years that shaped our collective history.  Eyewitness to events at the highest levels, Dick Cheney brings to life scenes from past and present: He chronicles his coming-of-age as a high school athlete in Casper, Wyoming, and courting homecoming queen Lynn Vincent, his future wife. He describes driving through the White House gates just hours after the 1974 resignation of Richard Nixon, to manage the Ford transition. He portrays his response to the national crisis of 9/11, when he conveyed orders from the White House bunker to shoot down a hijacked airliner if it would not divert."

The art of the political memoir is an art that I have very little appreciation for (... i have read none). I remember when Julia Gillard became prime minister of Australia and she revealed that her primary reading pleasures were political biographies. Upon finding this out I was as dumbfounded and shocked as I was watching the The Red Wedding. How could she? This revelation of hers nearly lost her my vote, until I realised that my prejudice was... a prejudice, and that as with most things in life, we all have different tastes and appreciations on everything and anything, including political biographies.

So why do people write political memoirs/biographies? Is it the money? I can't imagine Hillary or Dick being short of a few quid... and i'm fairly sure Julia, who has also put pen to paper, gets some sort of pocket money. I believe it's to do with historical footprints. You know, making sure people understand what you did and why you did it, which is why Dick Cheneys book needed to be written as i'm sure there are many people all over the world who are as perplexed as I am by Dick. Saying that, I personally don't want to read his justifications. Hillary probably also wants to make sure that people understand what she did, particularly as there are a few contentious issues re her time as Secretary of State that she probably wants to clear up before she makes a run for the top job. I'm also not tempted by Hillarys book.

Like Julia Gillard there are many people out there who eagerly consume political memoirs. I don't know Julia but I do know a few people who eagerly await the publication of new memoirs... even memoirs by foreign politicians... maybe not all foreign politicians, just the interesting ones. The big question is do these books sell? Yes and no. There are some politicians who remain a fascination and interest in the eye of the public long after their 15 minutes and there are those who you wonder who the hell are they? and why is there a book about them? Hillary and Dick are both people that have remained “of interest” for a lot longer than most and even if their books are here in a foreign country, both of them are big enough recent historic figures to be “of interest”.
Posted by robin at 5:41 PM