Get Tough!: How to Win in Hand-To-Hand Fighting: As Taught to the British Commandos and the U. S. Armed Forces by Captain W. E. Fairbairn.

Get Tough!: How to Win in Hand-To-Hand Fighting: As Taught to the British Commandos and the U. S. Armed Forces by Captain W. E. Fairbairn, illustrated by "Hary".  Hardcover book published by Paladin Press 1979, 121 pages with black and white illustrations. 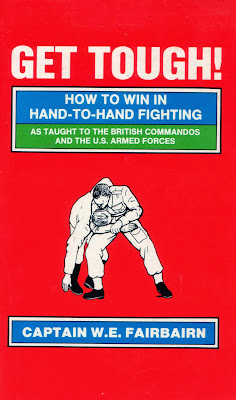 If you’ve ever wondered how to win a fight against a Nazi soldier, then this is the book for you.  Captain W. E. Fairbairn was not a shrinking violet when it came down to instructing the British and US soldiers during WWII in hand to hand combat:


“There will be some who will be shocked by the methods advocated here. To them I say, ‘In war you cannot afford the luxury of squeamishness. Either you kill or capture, or you will be killed or captured. We’ve got to be tough to win, and we’ve got to be ruthless.’” 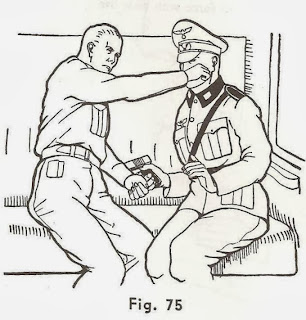 I’m impressed with this book. The excellent illustrations make it fairly clear that it is only on German soldiers that one should be using these techniques.  I guess this is to make sure that Partisans, Allies, Civilians or Oktoberfest revelers aren’t attacked, one should focus on German soldiers/The Nazis.  You wouldn’t want to 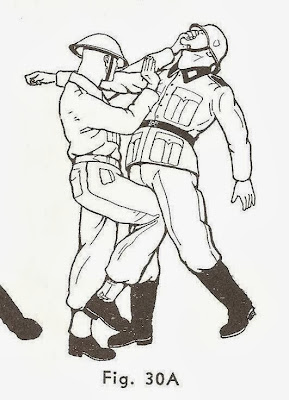 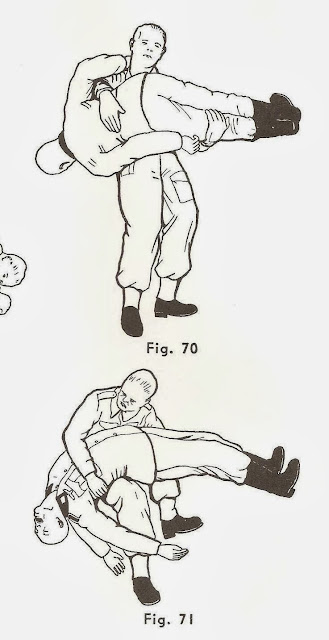 on a Russian, would you?  I’m now wondering if he did a Japanese edition as well.


Today of course there would be no book about all of this.  There probably wouldn’t even be a DVD.  Yep, it would be a phone app so that you could quickly reference it whilst in the thick of it.  So if you’ve got a Nazi problem and no phone, then this book should answer all of your needs.
Posted by robin at 1:27 AM