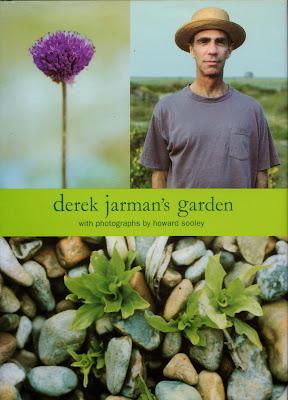 I am not a gardener. Fact. I like gardens. (Another fact).   I like having a garden, but the idea of spending an afternoon pottering around in dirt, avoiding spiders, planting things that in my case usually die and then standing back and admiring my handywork, well, it just ain’t me.  Recently I was chatting to a friend about what i would do if i won the lotto and high up on my list was to employ a gardener.  It’s just one of those things, I like having a garden and I am an admirer, but my own gardening activities are an issue.

If you don’t know who Derek Jarman was you can click here and get an idea.

Being an admirer of Derek’s work, I was very pleased to find another copy of this fine book.  Yes, its “another copy”.  The first one I found appealed to me so much that it didn’t make it to the interwebs or the shop and now sits comfortably on the personal book shelf.  It’s probably the only book about a garden that I have ever read from cover to cover… I should also say that it is about Jarman as well.  Here are a few photographs: 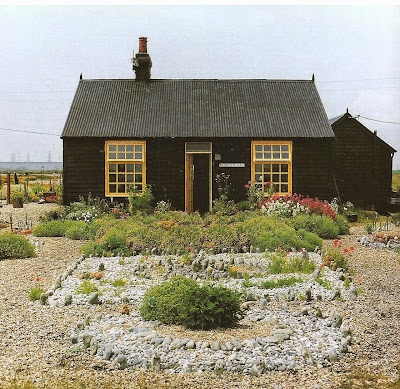 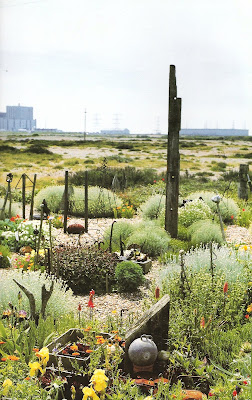 This garden wouldn’t suit my house.  It would just look crazy and out of place here in town.  Jarman’s garden works so well because it was surrounded by such a desolate landscape… and it did have a Nuclear Power Station down the back.  I know someone who lives with a similar backdrop here in Clunes… except there is no Nuclear Power Station… and when I saw their wonderful vista all I could think of was how great Derek’s garden, or something similar, would look in their landscape.  This is a very strange thing for me to think as I have never really had any idea about gardens or gardening before.  It just seemed right.  Anyway, I suggested the book to this friend and was shocked at the response.  The reply was a resounding and absolute, no and never would they have a garden such as Mr. Jarman’s.  They even seemed more than a bit offended at my suggestion… I was a bit taken aback.  I guess it’s just a matter of taste and to be honest I haven’t made any gardening suggestions to anyone since then… but I am always hopeful that someone would make a suggestion about my garden.  I wonder what Derek would have suggested?
Posted by robin at 2:20 AM