Sindh Revisited: A Journey in the Footsteps of Captain Sir Richard Francis Burton: 1842-1849: The India Years by Christopher Ondaatje. 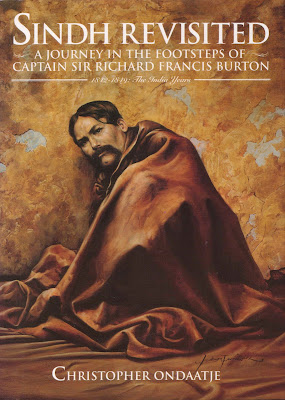 Richard Burton (not the actor… the other one) spent some of his early years in India as an enlistee in the army of the East India Company.  It was here that he mastered many things including various languages, religions and disguises, all of which helped him later in life.  This book is a look at Burton and the places he visited during that time, mainly in Sindh, which after partition is now in Pakistan.
I’ve assumed a lot of things in this first paragraph.  No.1 is that you know who Richard Burton is, in particular, “not the actor” Richard Burton.  No.2 is that you know which time period I’m referring to, not only within Richard Burtons lifetime, but also within the lifetime of the “army of the East India Company”. No.3 is that you know what Burton did later in his life and No.4, you know what “partition” was.  If you know what all of these things are then this book should/will have some appeal.  If you don’t know then… well… it’s of very little appeal at all.  Maybe that’s a bit harsh, but realistically I can’t imagine any reader who doesn’t know who Burton was getting excited about this book.
The book has been written as a history/biography (Burton)/travel book of this area, beginning in Bombay (India) and then via Pakistan down to Goa (India).  It’s obviously written for the Burton aficionado, of which there are some of us still in existence.  Yes, I’m a fan.  Ever since reading Personal Narrative of a Pilgrimage to Al-Madinah & Meccah many years ago, I have considered Burton one of my favourite historical persons.  He was a genuinely interesting guy and as far as I’m concerned, someone who understood what adventure was all about.  I wont get into all the details of what happened to Burton later in his life, but lets just say that if you don’t know who this guy is and have some interest in history, exploration, religion, the use of the bayonet or sex (many other subjects as well), then this guy could be of interest to you.  The painting below is of Burton later in life and has nothing to do with this book.  The barely discernible scars on his check were from a spear wound. 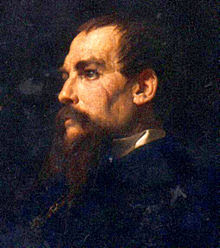 So what’s this book like?  This edition is very glossy and has some wonderful photographs of the area’s traveled by the author retracing Burton.  It’s a pity that there aren’t any historical photographs, but that’s not really what the book is about.  I guess it’s more of a travel narrative with Burton as the emphasis.  Maybe the lack of historical photographs is the authors and/or publishers attempt to give the book a more contemporary feel and less of a boring historical tone.  There’s nothing wrong with this, I’m just the sort of guy who likes old photographs in books.
I haven’t read the book and the question is, would I read it?  Yes.
Posted by robin at 12:52 AM