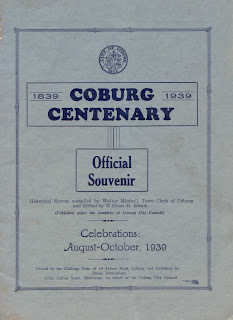 In 1939, Coburg, a northern suburb of Melbourne Australia, celebrated the centenary of its founding.  As with many such festive occasions at this particular period in time, this required the publication of some sort of programme/souvenir.  Here we have the “Official Souvenir” as apposed to the unofficial souvenir (?).  Celebrations took place between August and October of that year… interestingly Germany invaded Poland right in the middle of the celebrations… not that this had anything to do with Coburg, but it’s sort of interesting to think about what was happening in the rest of the world at this time.  Not that the rest of the world would have been particularly concerned with interrupting Coburgs centenary, but I reckon a few Coburgians might have been a little concerned with what was happening in the rest of the world.  The booklet disappointingly doesn’t contain copious amounts of history (about Coburg or the second world war), but it does have some excellent advertising material of businesses in the area and it does contain a small amount of history. 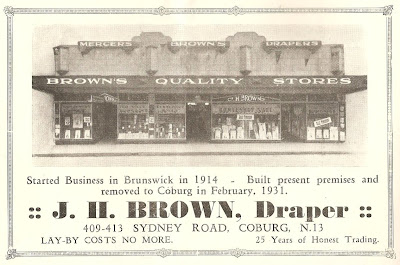 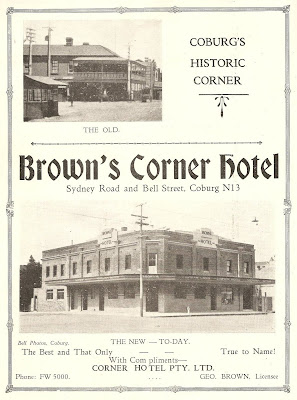 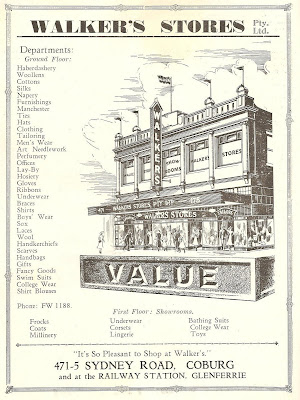 The “Official” celebrations included:
Historical Procession
Cycle Races
Civic Church Services
Tennis Tournament
Cricket Match
Football Match
Baby Show
(and more)
These people obviously knew how to party and it’s good to see that Cricket was included even though it was the off season.  There are many more activities listed… but I can’t seem to find reference to, or celebrations by, Coburgs original inhabitants (Woiwurrung-speaking Wurundjeri of the Kulin Nation)... maybe they weren’t invited.  Let's hope that at the forthcoming bi-centenary, which is only a few years away, the invites and events organised by the Peoples Republic of Moreland, will be a little broader in scope. 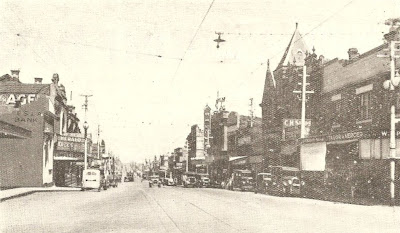