Orwell: The Authorised Biography by Michael Sheldon. Hardcover book published by HarperCollins 1991, 497 pages with a few black and white photographs. 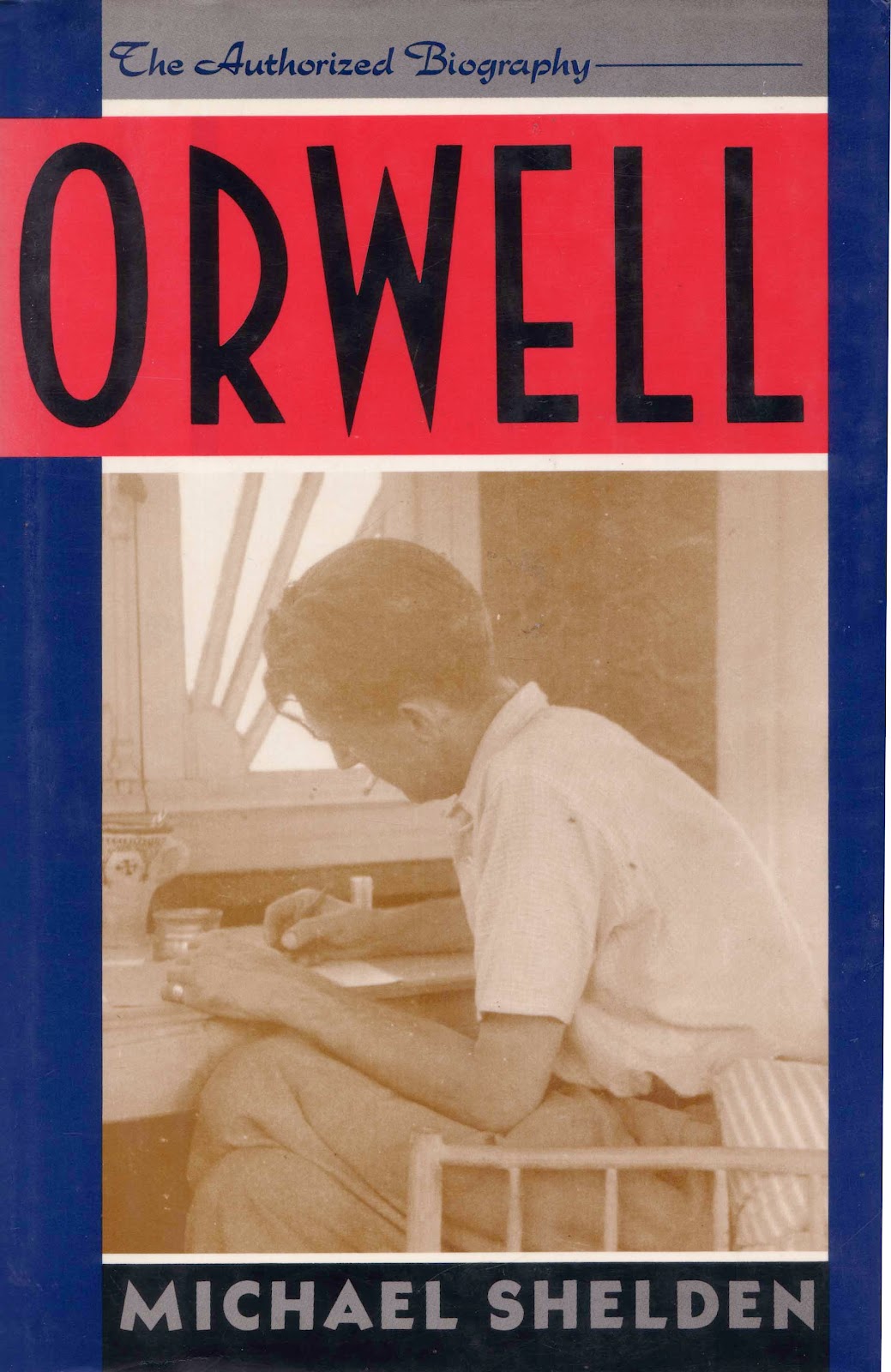 In his probing and revelatory biography of one of the great prose stylists of this century, Michael Shelden breaks new ground in the evocation of George Orwell’s personal life and in our understanding of his art. Based on original interviews, previously undiscovered letters and documents, and astute literary detective work by Shelden, Orwell is the major biography of one of the great yet elusive literary figures of our time. The Cold War helped make Orwell a successful author by turning him into an anti- Communist icon, but Michael Shelden’s biography renews our appreciation of his place in literary, as opposed to political, history. Few writers have had as exciting a life as Orwell’s. An Old Etonian and an officer in the Indian Imperial Police, he was also a dishwasher in a Paris hotel, a hop picker in Kent, an investigative journalist, a wounded veteran of the Spanish Civil War, a celebrated novelist, and—like Keats and D. H. Lawrence before him—a dreamer whose life was cut short by tuberculosis.

A few years back I wrote about a biography of Eric's second wife Sonia.  I still stand by my comments regarding my experiences re the selling of second hand literary Biographies. They don't sell... not on line and not here in Clunes. So why have I picked up another one?

My relationship with Orwell goes back a long way. When I was in my teens my mother kindly and with great insight, bought me a book club edition of Animal Farm and 1984 in the one volume. It was a hardcover with the most boring book club dust jacket imaginable. Fortunately, the contents were of considerably more interest than the dust jacket and both stories were devoured with gusto. I'll be honest though, it was 1984 that really struck a chord with me. I enjoyed Animal Farm but 1984 with all it's bleak, oppressive, cabbage smelling darkness, was the true eye opener. Orwell's world is grim, so enticingly grim, that I have reread 1984 at least half a dozen times in the last 35 years. This may say more about me than it does about Orwell.

Unlike Will Self I find Orwell's work to be far from mediocre and I know i'm not alone. Simon Scharma's enthusiasm for Orwell's The Road to Wigan Pier, lead me to track down a copy which I promptly read ahead of all the other books in the pile waiting to be read... which is the same pile I ignored earlier this year when I decided it was time to read 1984 once again. I don't want to sound trivial but I found that all of the stuff Orwell wrote about tripe in Wigan Pier to be just as horrific as Winston's encounter with the rat. Whenever anyone mentions tripe, I think of Orwell... not that this happens all that often, but it does occasionally come up in conversation.

It's a long story which I wont go into any detail about (if you really want to know click here), but whilst sitting in a lung clinic waiting room in London many years ago, breathlessly waiting to see a doctor, I noticed a sign on the wall with a list of all the famous patients who had visited this particular clinic... and there on the list was Eric Blair (George Orwell). Yep, George and I have something in common in that we both have had lung issues* and have both visited this particular clinic. OK, it was a few years apart, but I do feel a certain tenuous, breathless, respiratory connection with him all the same.

So along comes a biography of someone I feel is not just another hack writer, but someone who has left an impression on me... and has done this more than once in my life and I figure that a biography of this bloke can't be a bad thing. This is why I now have another literary biography for sale...