Gough Whitlam: His Time by Jenny Hocking.  Hardcover book published by The Miegunyah Press 2012, 596 pages with a few black and white photographs. 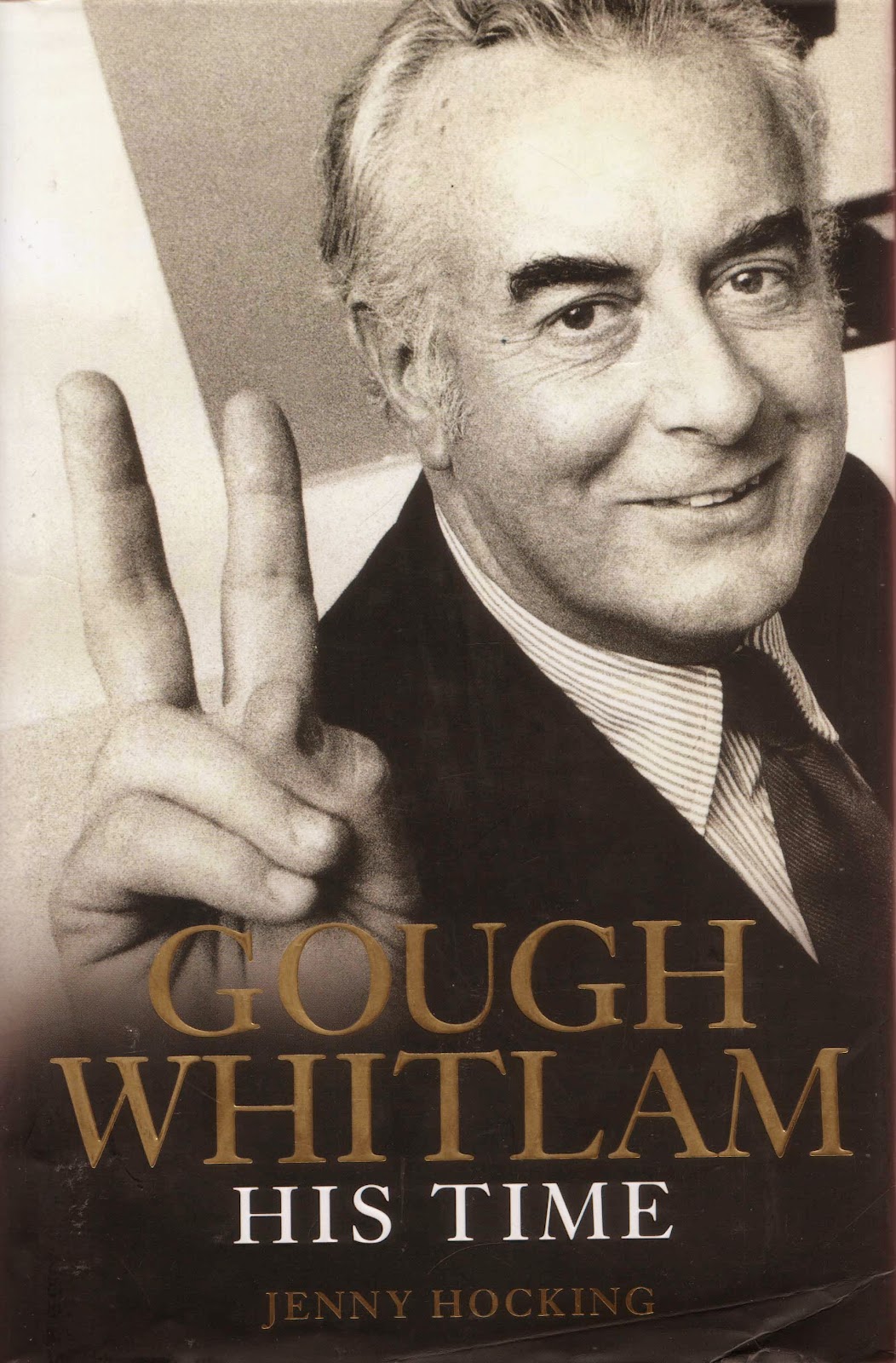 “Gough Whitlam, Australia’s twenty-first prime minister, swept to power in December 1972, ending twenty-three years of conservative rule. In barely three years Whitlam’s dramatic reform agenda would transform Australia. It was an ascendancy bitterly resented by some, never accepted by others, and ended with dismissal by the Governor-General just three years later—an outcome that polarised debate and left many believing the full story had not been told.”


Some friends and I were riding our bikes around the community centre next to the oval not far from home, when one of my compadres announced that Gough Whitlam, the Prime Minister, had been sacked.  There was a noticeable silence amongst us, followed by tones of incredulity.  The man who had been voted into the top job here in Australia and by all accounts was the person in charge, had been sacked?  This was, and still is, hard to believe.  After some discussion, it was decided that bike riding activities would be suspended for the day, whilst we all went home to investigate/watch TV.


It was true.  Our beloved leader was now unemployed having been removed from the job by his boss.  Who would have suspected that the top guy had someone above him and even at the time it seemed a bit far fetched that the Australian representative of Queen Elizabeth II, the Governor General, had the power to remove the democratically elected Prime Minister of Australia.  Like Kennedy, there were and are many conspiracy theories about what happened.  Unlike the Kennedy assassination, no one died during this one, but like the Kennedy assassination there are theories about the involvement of the US government in the events that took place.  Both sides of Australian politics have since explained their actions and despite my lingering doubts about the whole thing, there is a case to be made by the then opposition regarding the Dismissal.


After that we never really went back to our bike riding adventures around the community centre.  It was as if the world had changed and doing laps of a community building was a bit pointless. The truth was that things weren’t always as they appeared and the innocence of pointless riding around a tricky walkway had lost it’s appeal.  There are points in our lives where things change and the sacking of Gough Whitlam is one of the first times that I can remember where things dramatically changed.  I was 12.
Posted by robin at 4:04 PM