Michael Jackson: Before He Was King, photographs by Todd Gray.

Michael Jackson: Before He Was King, photographs by Todd Gray.  Hardcover book published by Chronicle Books 2009, 144 pages with colour and black and white photographs throughout. 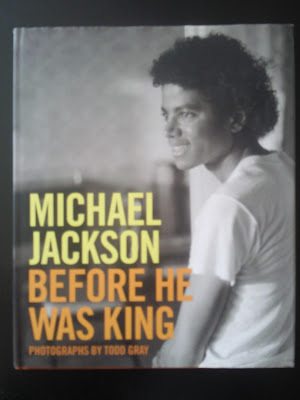 “Photographer Todd Gray worked with Michael Jackson for several years before Jackson requested that he become his personal photographer, a relationship that would encompass the singer's performances with the Jacksons through the release of his smash solo albums Off the Wall and Thriller. This collection of unseen, intimate, and joyful pictures of Michael taken over a span of 10 years reveal him at home, with his family and fans, in career-making live performances, and the on the "Beat It" video shoot.”

Remember this guy?  What ever happened to him?  To cut a long story short and avoiding the many controversies, he changed the way he looked, started behaving a little strangely and according to some people (myself included), started producing music that wasn’t as good as some of his earlier stuff… and then he died.

Michael Jackson was (is?) a superstar.  Most of us remember him for whatever reasons both positive and negative and some of us have a nostalgia for some of his music and for him as he once was.  The truth is, I have a nostalgia for Michael Jackson circa around the time the photos in this book were taken and shortly thereafter.  Looking at these images you can’t help but wonder where it all went wrong.  There are of course many people who would argue that it didn’t go wrong, but I’m sure we would all agree that there was a perception that it had gone wrong and that Michael didn’t appear to have helped this perception. 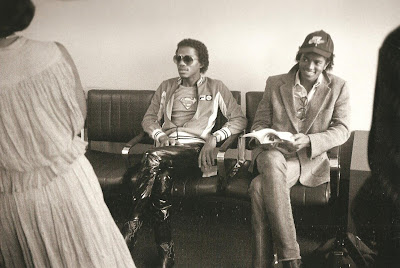 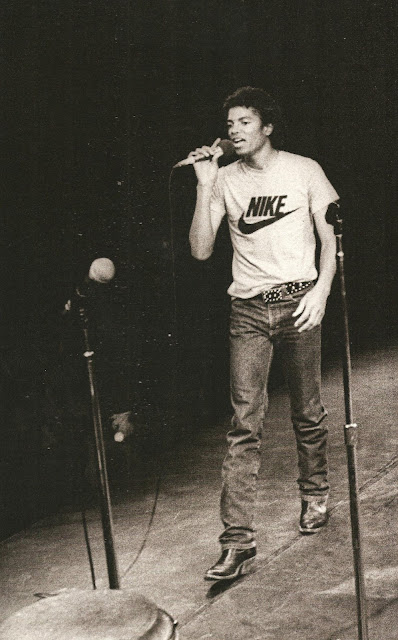 This book fulfills the nostalgic requirements for all those who admired Michael before the scalpel and weirdness took over his persona and there are more than a few us who have this nostalgia.  It was never really a question of whether this book is a book of interest.  It is.  I think most people will be fascinated by these glimpses of someone who later became someone else.
Posted by robin at 2:02 AM