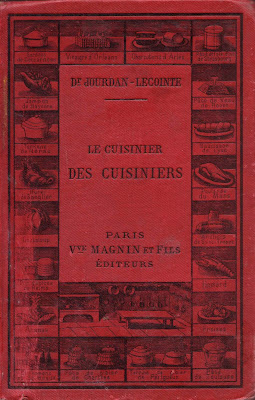 Bonjour.
That’s pretty much it for my French vocabulary… maybe I need to learn some.  If only I was a Bright Young People then maybe i could fully experience the world of vintage French gastronomy (J’ai un faim de loup).  Despite my lack of Francais, i can gather from the title (as on the title page) of this book that there are 1,000 recipes in it .  The “1,000” followed by a word which looks a little bit like recipes was how this rocket scientist figured this one out.

What I do have a vocabulary for, is rare French books.  From what I can gather this Doctor Jourdan-Lecointe originally published this book in 1825. This isn’t that particular edition, but from my limited French ability, I gather it’s around the thirtieth edition, which I guess proves that it was a bit of a seller in it’s day as you don’t publish thirty editions unless the other twenty nine have sold.  With all those thousands of published copies, there are now only a few still available on the second hand book market.  This book is sort of the exact opposite of the Da Vinci Code, in that it was once popular and is now rare and expensive.

Unlike the cookbooks of today and probably due to older technology and the cost thereof, this book has only a few illustrations.  They are worth showing you and my apologies to all vegetarians who may be offended. 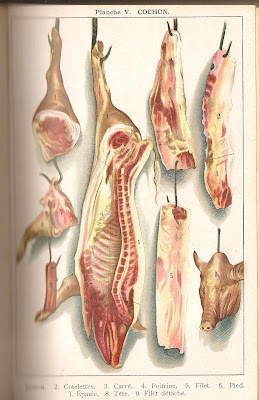 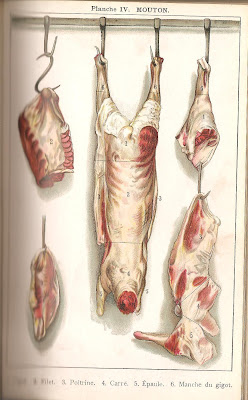 It’s in shocking condition.  Somebody has even sticky taped the covers to the endpapers as they appear to be in a state of near detachment… as was I, when I realized how bad it was.  The spine has wear and the whole book looks like it’s been through the wringer, in other words the book has been used and used a lot.  A good sign… and keeping in mind that I found this book here in Australia where the French language is not that often on peoples lips… unlike French food… I’m amazed I found a book such as this at all. 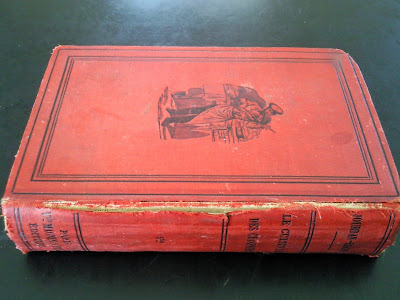 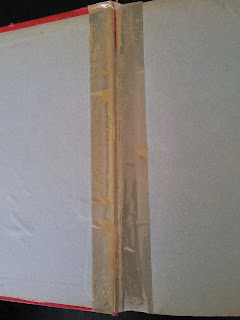 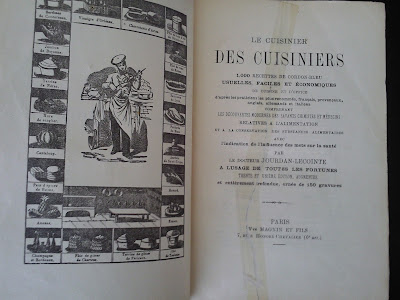 This all leads me to once again writing about the curse of the foreign language book.  Here in Australia we have our share of second hand books in foreign languages.  Recently I found 3 titles by Louis Ferdinand Celine and all of them in Dutch.  A lovely French cookbook published in the 1800s is possibly an easier sell than Celine in Dutch, but it’s still a harder sell than if it were in English.  Of course if I were in France (or Holland), it would be a different story.
Posted by robin at 3:08 AM