The Melbourne Cable Trams 1885 – 1940 by Jack Cranston. Hardcover book published by Craftsman Publishing 1988, 132 pages with black and white photographs and illustrations as well as a few coloured photographs. 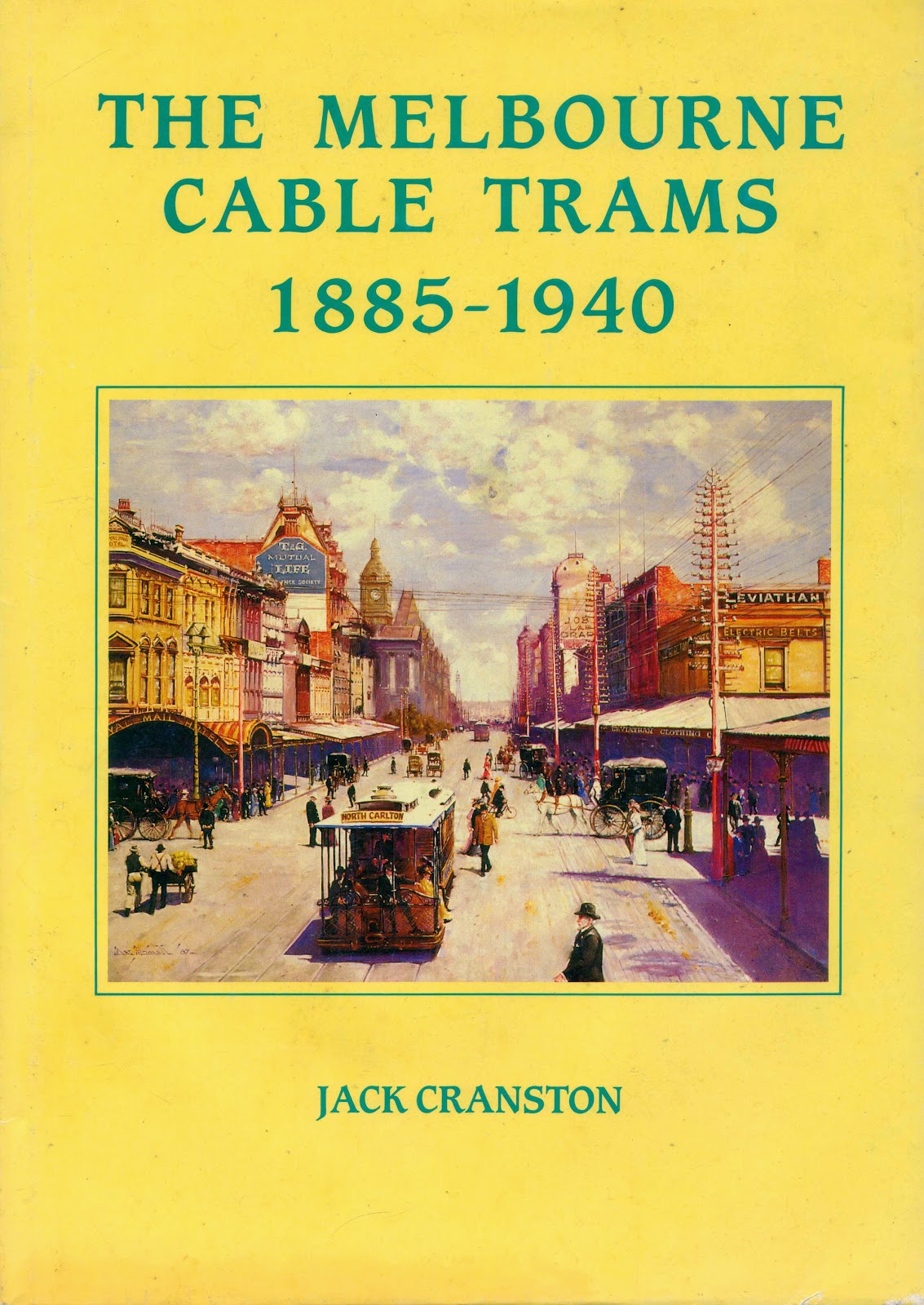 It's hard to imagine a public transport world without Trams. Unlike a lot of other cities here in Australia, and around the world, Melbourne was one of those places where Trams were hung on to as a viable means of shifting people around. For as long as I can remember Trams were usually the best way of getting from A to B, particularly the closer you got to the city centre. Sure, trains were and are often quicker, but there is the whole waiting time aspect... that is unless you live in a marginal electorate and have trains every 9 minutes!!!

Here in Clunes we have a train...that is, one train a day. There are a few buses that arrive and depart sporadically enough for me not to get my head around their timetables and of course there is the phone a neighbor scenario, which involves calling a neighbour/friend and asking kindly if they could pick you up from the nearest metropolis (Ballarat). There are no trams here in Clunes.

The first time I encountered a cable tram was in a museum. Yes, the Melbourne Museum (… it's in Melbourne...) has a cable tram in it's collection. On first view it seemed to me to be an olde worlde tram of a vintage design which is not that unusual a thing to find in a museum. Reading the word 'cable' I didn't at first get the gist of what 'cable' meant. Trams have cables, I knew that. It was only on reading the display a little more closely that I realised the cables weren't cables as I know them (aerial power cables) but rather mechanical cables under the road. Yep, these cables moved large and long distances with the trams grabbing the cables when they wanted to go forth. I found this to be quite shocking and for some reason, very Fred Flintstone. I guess this is why the tram was in the museum as it is something that was once the norm but is now a little unusual. 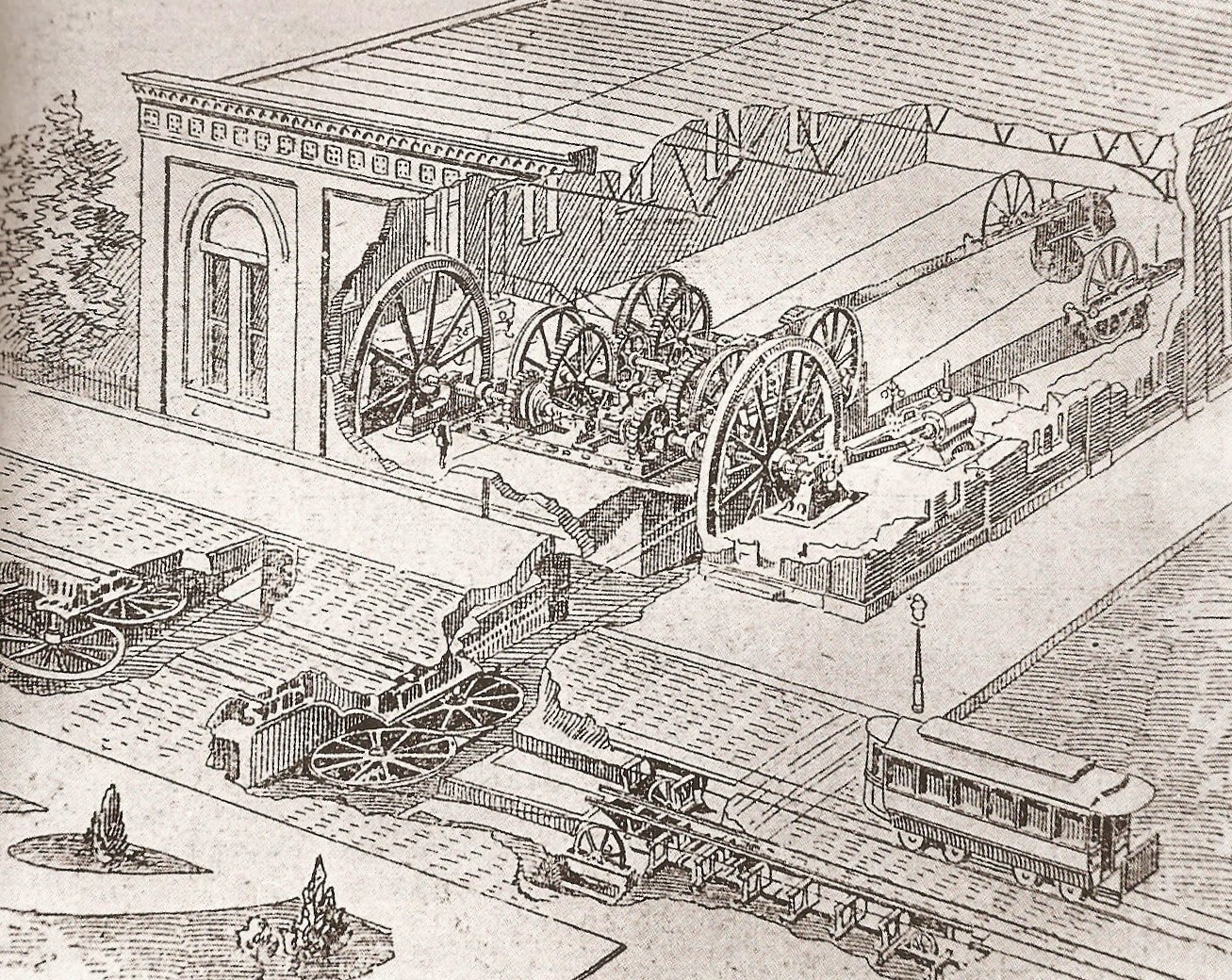 Since finding out about this method of tram propulsion, I have started to notice vintage ex tramways buildings at various locations around Melbourne which were obviously where they had the machinery pulling the cables. It's an interesting part of the history of transport here in Australia and one that could easily be forgotten... which is why this is such a great book.
Posted by robin at 7:17 PM