A History of Road Trains in the Northern Territory 1934-88 by John Maddock.

A History of Road Trains in the Northern Territory 1934-88 by John Maddock. Paperback book published by Kangaroo Press 1989, 176 pages with black and white photographs and a few black and white illustrations. EX LIBRARY. 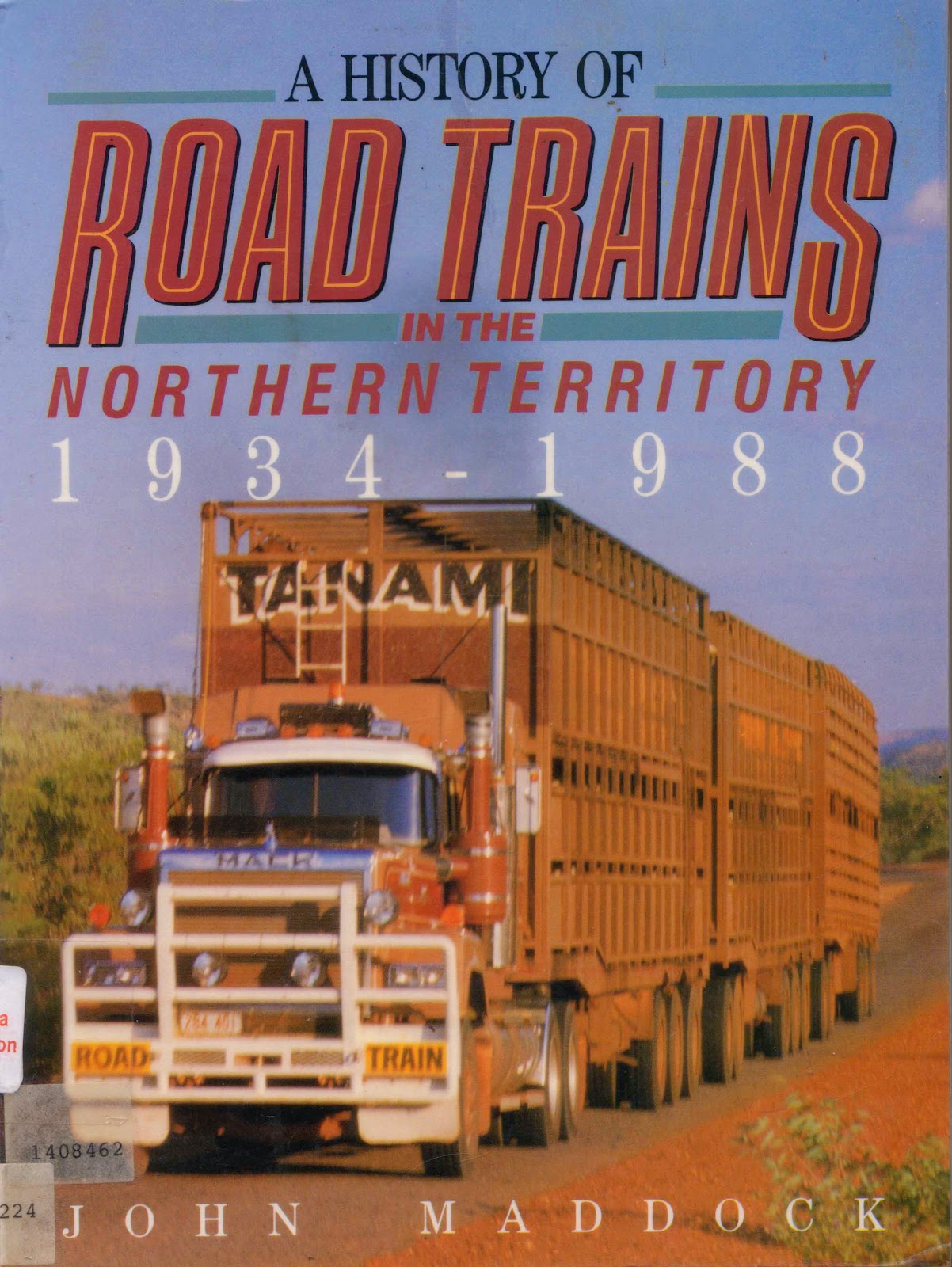 “Road trains are unique to Australia, and in the outback where there are no rail lines people depend almost entirely on the services provided by this remarkably efficient transport medium. As camel trains began to fade into the background of transport in this country the first road train made its appearance in the Northern Territory. It was Government-owned and served remote stations and settlements throughout the Territory. The post-war period, especially the 1950s and 1960s, saw dramatic development of road train operations, as hauliers progressed from the use of sturdy ex-defence force vehicles to modern powerful British and American marques.”

There is a lot of nothing out there in the remoter parts of Australia. When I write the word “nothing”, I am referring to human habitation and influence as there is quite a bit of something other than “nothing” out there. On both of my rather brief visits to central Australia, I was amazed at how much “something” there actually is. Maybe it's just me, but for some reason I thought all those empty bits marked with the word “desert” meant lots of sand and nothing else. How wrong was I, there's heaps of stuff out there... including Road Trains.

Road Trains are part of the scenery in outback Australia. It's a long way to the coast where most people live and road trains are used as an economical way of transporting goods both ways too and from the remoter less habited parts. There's a certain romanticism about these juggernaut behemoths of the outback and it is this romantic idea of conquering distance and the harsh elements that a book like this one taps into. A history of this conquering can only be a good thing.

Road trains surrounded by something 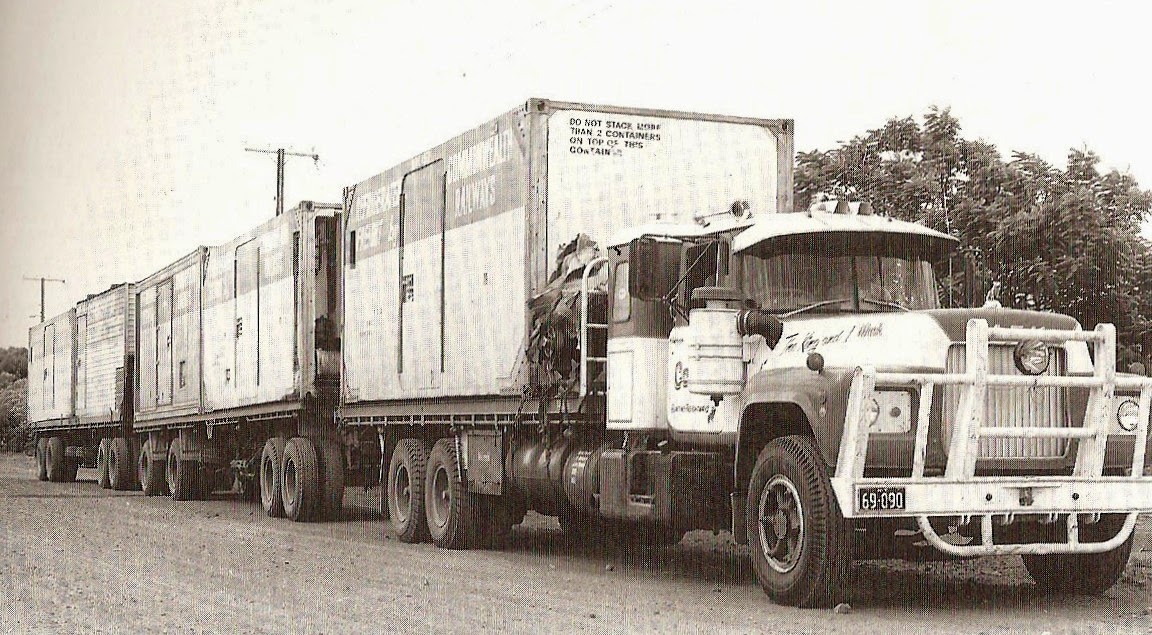 (Good) Books on trucks can be popular with the book buying public and a book such as this about a very specific function of trucks in a specific area, is a bit of a find... at least I think it is. Unfortunately the book is ex library and being an ex library paperback, this means lots of library markings and unremovable clear contact (plastic) to the cover. When selecting books for sale, I tend to avoid this sort of thing as I believe it's not really something that most of the book buying public wants. A second hand book which is close to new is more desirable than a book that is clearly secondhand and obviously ex library... unless the book is on a subject that is desirable... such as trucking history in the Northern Territory.
Posted by robin at 11:15 PM