The Fallen: Life in and Out of Britain's Most Insane Group by Dave Simpson.

The Fallen: Life in and Out of Britain's Most Insane Group by Dave Simpson. Paperback book published by Canongate Books 2009, 323 pages with some black and white photographs. 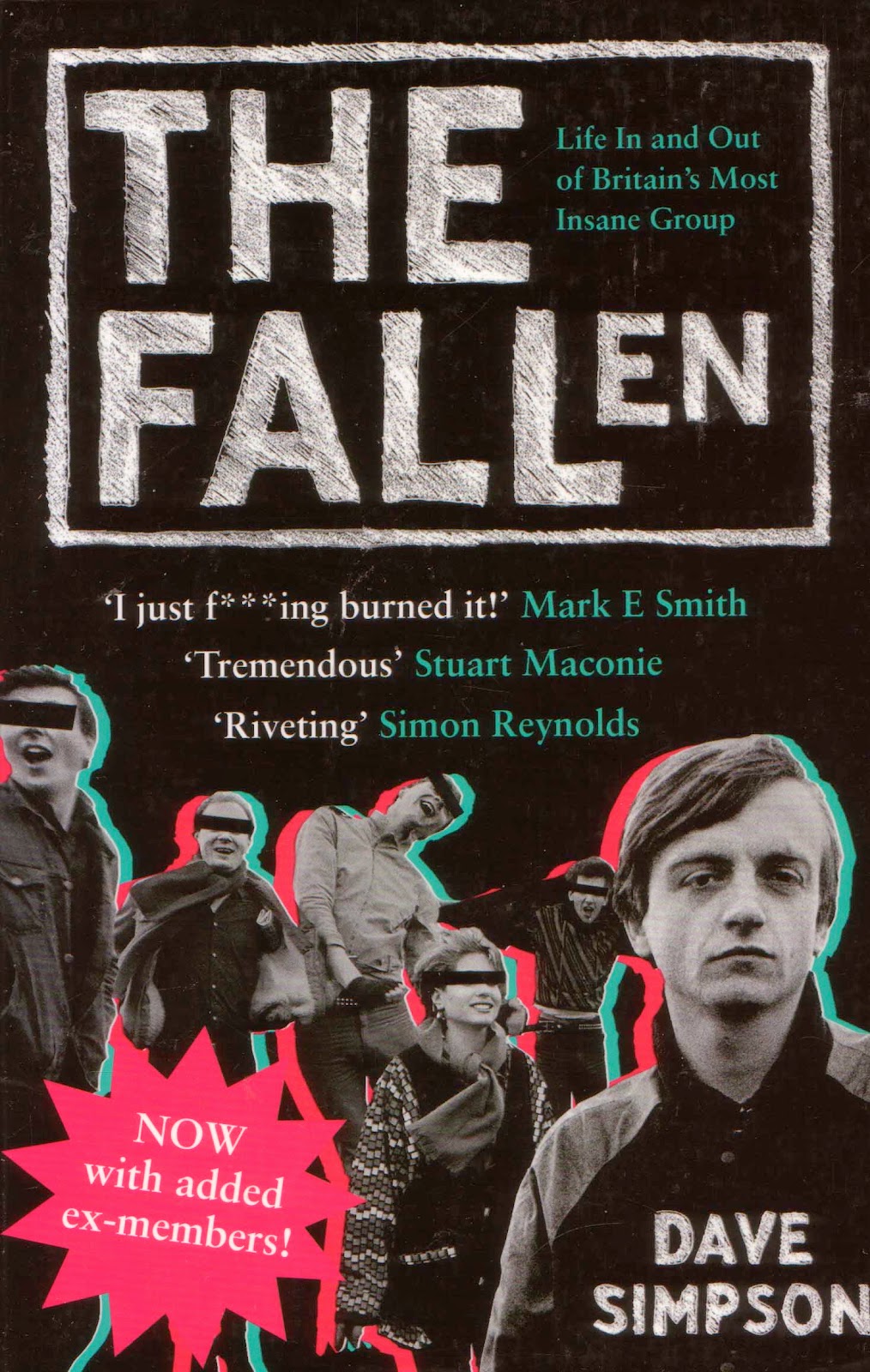 “Ever been held hostage in a dressing room with your parents? Ever been thrown off the bus in the middle of a Swedish forest or abandoned at a foreign airport? Ever been asked to play at one of the UK’s biggest music festivals with musicians you’ve just met who are covered in blood, or taken part in a ‘recording session’ in a speeding Transit? If so you’ve probably been in The Fall. Dave Simpson made it his mission to track down everyone who has ever played in Britain’s most berserk, brilliant group. He uncovers a changing Britain, tales of madness and genius, and wreaks havoc on his personal life.”

I am an unashamed fan of The Fall. They aren't without fault and i'm not such a die hard fan that I can't say that there are some tracks on their 30 studio albums that are truly stinkers. I can say that a new fall album does get me excited and there is an expectation that whatever happens with the Fall, Mark and cohorts will always deliver something of interest.


The legend(s) that surrounds this band are truly bizarre. You couldn't make some of this stuff up. One of my favourites was the 1998 tour of the US:

“To quote one witness of a 1998 gig at Brownies in New York: “After much antagonising from Mark, Karl jumped out from behind his kit and nearly strangled Mark. He kept saying, ‘I’ll kill you, you bloody c**t!’ Tommy kicked Mark in the ass really hard about half a dozen times. Mark proclaimed to the audience that he had been ‘assaulted by a dumb-as-a-goat Scotsman’ and that we were all witnesses.” The festivities continued backstage, Smith got arrested and the group went home. Court-ordered anger management deepened Smith’s sense of betrayal but didn’t stop him rebuilding The Fall (repeatedly).” http://www.thestoolpigeon.co.uk/features/interview-mark-e-smith-fall-boogie-woogie-jools-holland.html

The revolving door of band members has left everyone guessing how the hell Mark E. Smith manages to pull, and keep, the whole thing together year after year. It can't be easy, yet he does manage to do it and even manages to win accolades for doing it. John Peel once said, "The Fall, always different, always the same". I would like to think that this is a reference to both the lineup and the music.

So, with over 60 ex members of The Fall and with all them having a story to tell, Dave Simpson decided to track down as many as possible and interview them... and that is what this book is all about. For most music fans a book about how their hero is a difficult bastard, is not something that would necessarily be a seller. There are of course exceptions to this but none come to my mind at the moment. I don't know anyone who is a Fall fan who doesn't own and hasn't enjoyed this book. This is a complicated thing to explain in this brief blog entry, but I think it has to do with Mark's unrelenting focus and ability to deliver despite his foibles and lack of management skills... although some may argue that it is his management skills that have maintained a continuity that others can only dream of.

Recently, I was talking to a fellow bookseller (Paul Perry, Allsorts Books in Northcote) about recent acquisitions and he started raving about this book. Paul is a little older than myself and English Punk(?) bands are not usually on his radar for listening enjoyment. He had thoroughly enjoyed reading it and was amazed and entertained by the whole concept of Mark and the revolving door, despite never having heard the band. I then encouraged him to listen to a few tracks on youtube and after a brief listen he gave them the thumbs up.  Unlike Paul, Mark E. Smith doesn't like the book, which any Fall watcher will agree is not really that suprising.