Rats: A Year with New York's Most Unwanted Inhabitants by Robert Sullivan. 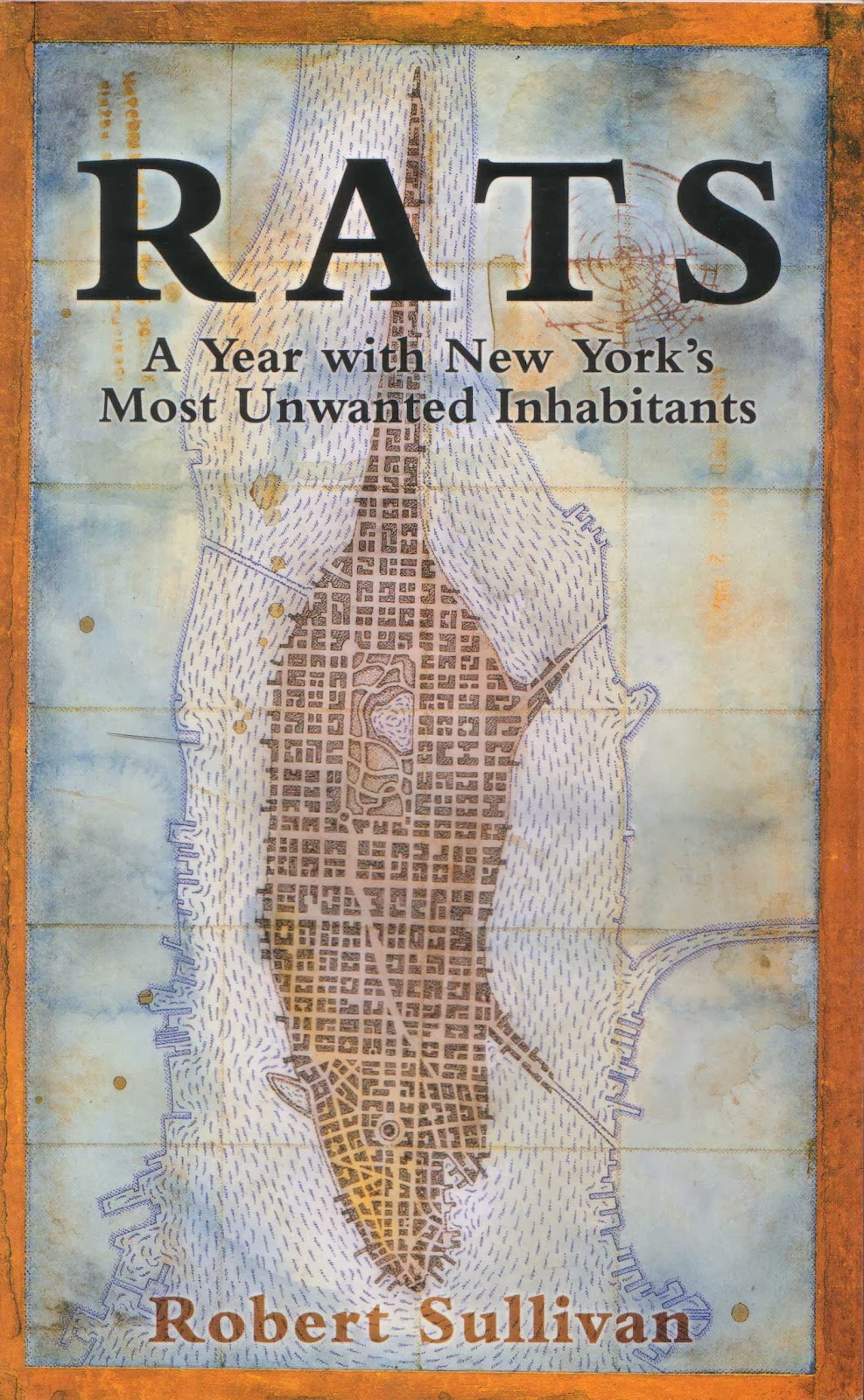 Everyone has a rat story and if they don’t… well… they haven’t lived.  I guess that’s why my brain triggered when I saw this title.  I have encountered rats, not lovingly and not willingly, but rather in an accidental and ‘I’d rather not see that’ sort of way.  A book such as this is of interest in that the author has gone out of his way to track down, observe and study the rats of New York, something most of us wouldn’t want to do.  You may be surprised to read that I would rather see the Statue of Liberty, visit a few museums and soak in the ambience of one of the most iconic of cities in the world, than “spend(s) the year with a notebook and night vision goggles, hunting for fabled rat kings”* etc which is what the author of this book chose to do.  I guess if you’re going to do that sort of thing then New York is as good a place to do it as any other, if not better.


This isn’t the first time I’ve crossed paths with rat tourism.  On one of my visits to India many (many) years ago, I met two British men who were travelling around taking photos of dead rats preferably squashed on a road.  I thought it was bizarre then and I still think it’s more than a little strange now.  They had a whole photo album of them.  I think they were trying to be eccentric or funny… or ironic… or something.  The good thing about this New York rat book is that it goes to show that it’s not just the streets of India that have rats (squashed and unsquashed), they are everywhere.


Realistically and despite my reservations regarding rat tourism, I do like the idea of this book.  It caught my attention and it is something that I think would be an interesting read for anyone wanting to know more about rats… and New York.  Where do I get some night vision goggles?


*Publishers blurb
Posted by robin at 1:02 AM