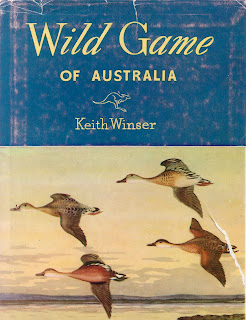 Wild game… oh its another lovely book on Australian animals… hang on a sec what’s this?:
WILDLIFE PROTECTION WARNING
Wild life is protected in all States and numerous farmers and others are good game wardens to save the extinction of many of our birds and animal life. Heavy fines and confiscation of weapons can be levied on anyone found with firearms on restricted days or seasons. For up-to-date advice on shooting regulations contact your State’s relative department for open season of certain wild duck and other sporting game.
(From the verso of the title page).
…and what’s this about? 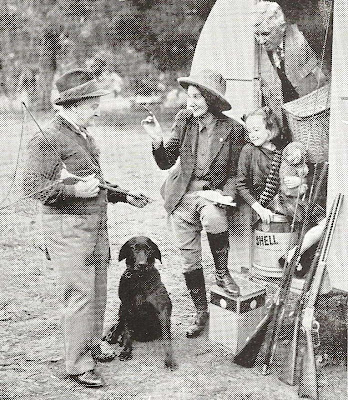 This photograph… there are some serious questions here.  Not only do we have mum with the Pith helmet, boots and possibly Jodhpurs (obviously a serious hunter), but we have little Rambo(lina) with the cartridge belt ready for some heavy gun action.  But the big question is, why is Rambolina sitting on top of a petrol tin and what’s in the other tin (the foot rest)?  This is all very explosive stuff in more ways than one.  The 2 blokes are obviously going fishing (net and basket), so my next question is, why does mum and daughter need 3 guns?  Maybe they are planning a shoot out with the police, maybe this whole scene is actually a terrorist training camp (petrol is obviously intended for bomb making)… or maybe this is just a misguided effort to create a hunting scene, complete with lethargic dog.
This is a picture of all the animals that one can kill in 1963… 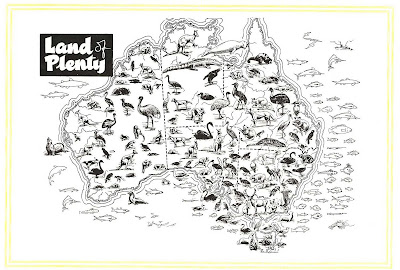 …actually it doesn’t say that.  This map doesn’t really explain anything other than these are animals in Australia… as shown in a book about hunting.
There are some graphic descriptions on the best way to kill animals and I guess the book wasn’t meant for the squeamish or the conservationist.
The back cover contains this image: 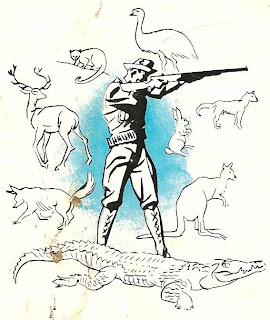 One of these animals looks a little but like a Tasmanian Tiger without the stripes (maybe that’s what the petrol is for).
When I first picked up this book I wasn’t sure what it was about.  First glimpse and thought was that it was a book about Australian wildlife, which I guess it is.  It was the advertising that gave it away.  If you are trying to promote an appreciation of Australian wildlife, why would you put adverts for guns, gunshops and ammunition (advertising revenue?).  The photograph above is also a good indicator.  Times change and attitudes change.  This book is a fascinating glimpse at certain attitudes from a bygone era… at least I think its bygone.
Posted by robin at 8:47 PM